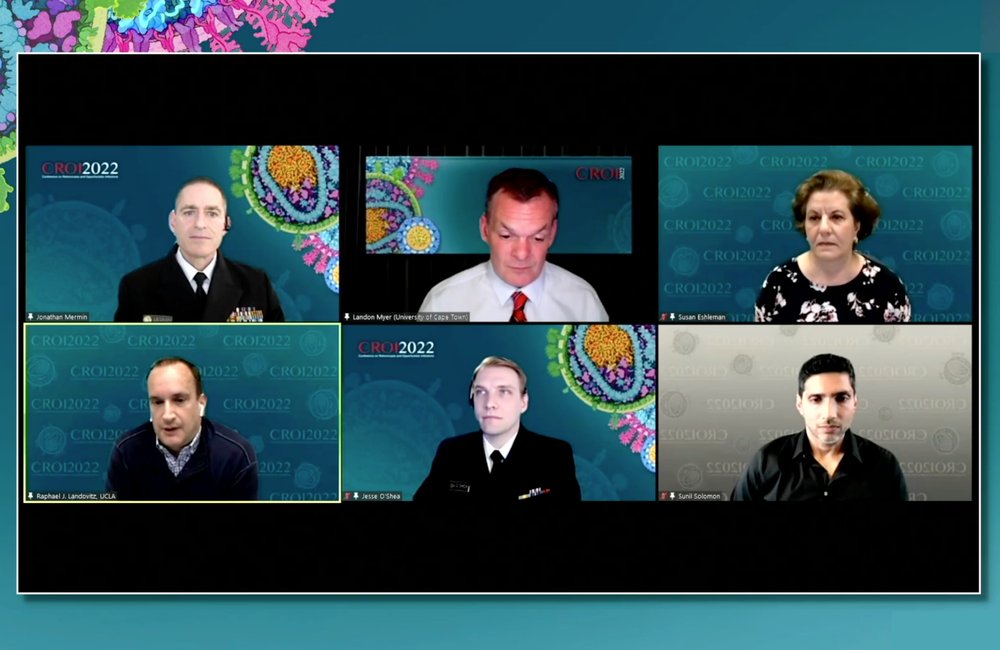 One of the most important HIV conferences of the year, the Conference on Retroviruses and Opportunistic Infections (CROI 2022), took place in February. Here are the highlights on PrEP, vaccines and HIV prevention successes.

The latest data confirm that PrEP given as an injection every two months had superior efficacy to a daily pill in gay and bisexual men and transgender women – there were 66% fewer infections. Researchers looked in detail at the handful of infections that did occur. Most were due to missed or late injections, but there were seven infections in people who did not miss doses.

Further analysis from the study of injectable PrEP suggests that wider use of PCR testing (rather than antibody testing) in PrEP programmes would help identify breakthrough infections earlier. One unusual feature of the infections that occurred was that the production of HIV antibodies occurred several weeks or months later than usual. In several cases, the delayed diagnosis resulted in the development of drug resistance.

An experimental vaccine tested in over 2600 young women in seven southern African countries did not provide protection from acquiring HIV, the conference was told. The Imbokodo study was launched in 2017 but was stopped ahead of schedule in 2021 because of the poor results. The findings add to a long string of HIV vaccine disappointments – future vaccine studies will probably need to take a different approach.

Data collected in France since the year 2000 show an HIV transmission rate of 0% among mothers who were taking HIV treatment at the time of conception, had an undetectable viral load at childbirth and did not breastfeed. The overall transmission rate during pregnancy and childbirth decreased from 1.1% (between 2000 and 2005) to 0.2% (between 2011 and 2017).

A combination of prevention measures led to the 75% fall in new HIV infections in gay and bisexual men in the UK, according to a modelling study. If condom use was still at the level of 1980, the annual rate of infections would now be double. Similarly, if PrEP hadn’t been introduced, there would also be twice as many infections. Increases in HIV testing and early treatment of HIV also made major contributions, but the synergy between the four measures added to their impact.

You can also read our selections of the top five stories from African countries and on HIV treatment, HIV cure and vaccine, and HIV, ageing and co-morbidities at CROI 2022.

Media coverage of the early years of the HIV epidemic contributed to the high level of violence against the LGBT community in New South Wales in the 1980s, an inquiry has heard.
ABC News
22 Nov 22
Harm reduction

The U.S. Food and Drug Administration has issued a notice that could help increase access to overdose-reversing naloxone drug products without the need for a prescription, paving the way to make more of them available for over-the-counter use.
CBS
17 Nov 22
Behaviour change interventions

Most safer sex campaigns focus on danger and disease. Acknowledging the importance of pleasure — and how to make safe sex good sex — could make them more effective.
The New York Times
17 Nov 22
Transmission & prevention

Florence Eshalomi MP: "We have the tools to end HIV transmissions, we just need to use them"

Just a few weeks after a damning report showed that two-thirds of those wanting to access PrEP in England are facing “significant barriers” in doing so, Florence Eshalomi MP explains what “urgent action” is needed from the government.
Gay Times
16 Nov 22
Drug policy & policing

After taking office in 2019, Bolsonaro changed the national drug policy to an abstinence-based one, and re-introduced 'involuntary commitment'.
Filter
4 Nov 22
More editors' picks