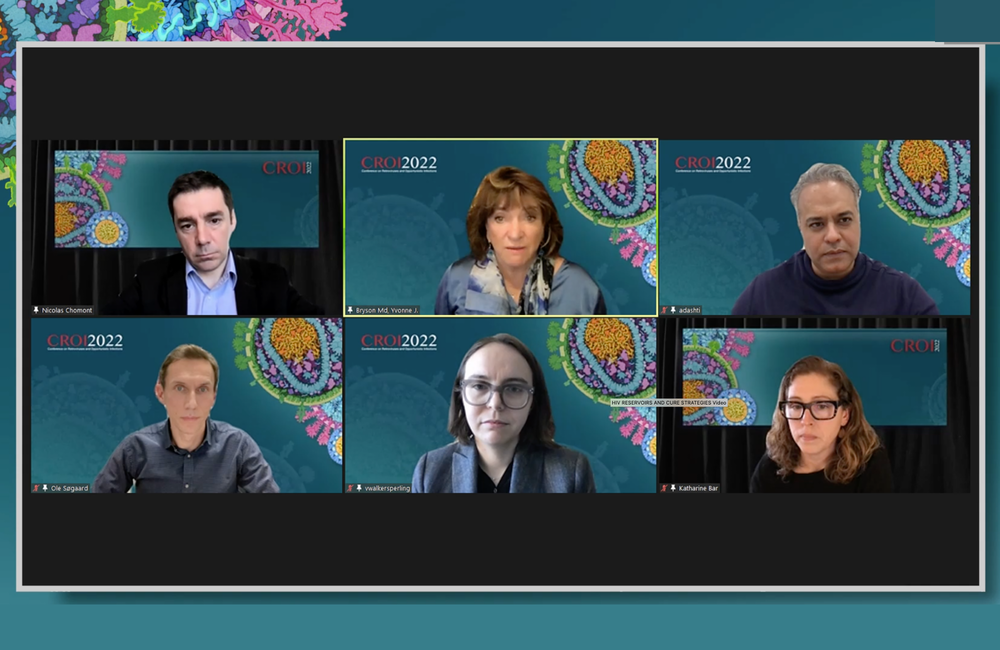 HIV researchers present some of the most important and cutting-edge science each year at the Conference on Retroviruses and Opportunistic Infections (CROI). This year’s conference included promising studies on broadly neutralising antibodies and a case report that generated headlines around the world.

A woman who had HIV and leukemia has no detectable HIV 14 months after stopping antiretroviral therapy following a stem-cell transplant. It’s too early to say that she is cured of HIV, but this is a possibility. Her transplant was done differently to those of the previous two HIV cure cases – she received donations both from the umbilical cord of a baby with a rare genetic mutation which is immune to HIV, and from an adult relative who was a closer genetic match. As exciting as the case is, a stem cell transplant is too risky for people who don’t need one to treat cancer.

A different strategy, sometimes referred to as ‘kick and kill’, appears to have allowed one study participant to maintain an undetectable viral load without antiretroviral therapy for almost four years, Danish and British researchers reported. The trial used a latency reversing agent to ‘kick’ and wake up memory cells, and then a broadly neutralising antibody to stimulate the immune system to kill off the now-awakened infected cells. But the man who has remained off therapy is an isolated case – other study participants’ viral load rebounded after a few months.

Nearly 30% of children born with HIV who began taking antiretroviral medication within 48 hours of birth have undetectable HIV RNA, no detectable proviral DNA and had not produced antibodies to HIV two years later. These characteristics are comparable to those of a child known as the ‘Mississippi baby’ who was able to stay off antiretroviral therapy for over two years, although her virus did then return. The HIV reservoir of infants is likely to be smaller than that of people with long-standing HIV infection, meaning that they may be more likely to be post-treatment controllers.

A different approach for children, using broadly neutralising antibodies, showed promise in a study Botswana. These children had started antiretroviral therapy within a week of birth and had an undetectable viral load when they joined the study, between the ages of 2 and 6. They were given a combination of two broadly neutralising antibodies, initially together with their antiretrovirals, and then alone. Ten of 25 children maintained an undetectable viral load for almost six months.

An experimental vaccine tested in over 2600 young women in seven southern African countries did not provide protection from acquiring HIV, the conference was told. The Imbokodo study was launched in 2017 but was stopped ahead of schedule last summer because of the poor results. The findings add to a long string of HIV vaccine disappointments – future vaccine studies will probably need to take a different approach.

You can also read our selections of the top five stories on HIV prevention, on HIV treatment, from African countries, and on HIV, ageing and co-morbidities at CROI 2022.