Could antibodies be used for children with HIV instead of pills? 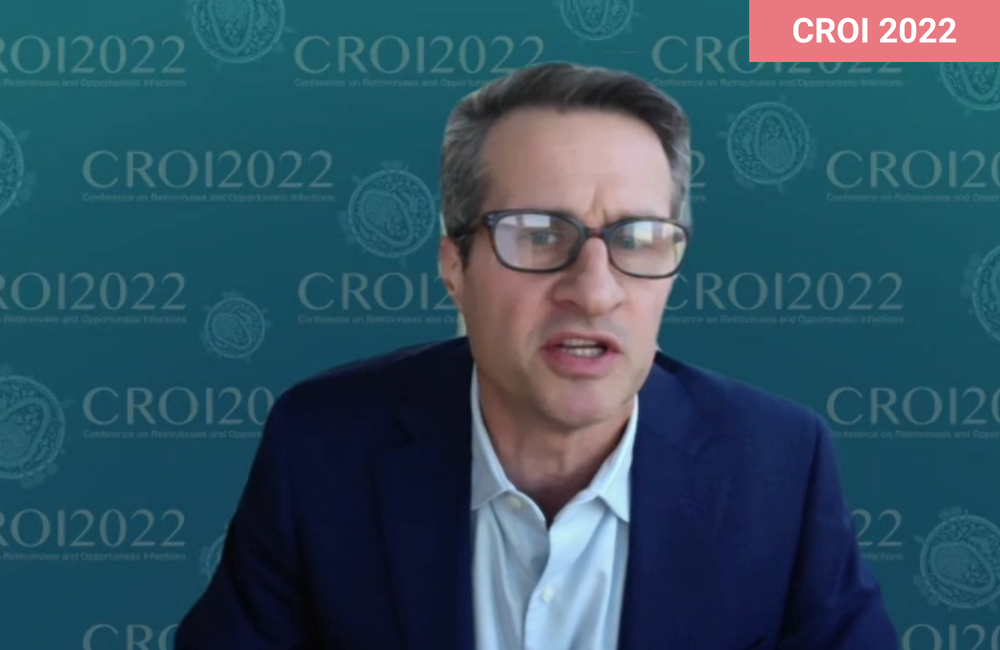 In a study presented at this week’s Conference on Retroviruses and Opportunistic Infections (CROI 2022), a combination of two broadly neutralising antibodies (bNAbs) enabled almost half of a group of children born with HIV to maintain an undetectable viral load over a six-month period.

Dr Roger Shapiro of Harvard Medical School conducted the study in collaboration with research institutes in the US and Botswana.

The study was called ‘Tatelo’, which means ‘the next thing’ in Setswana. Shapiro said children may be an important group to treat with longer-lasting antibody-based therapies as adherence to, and the side effects of, oral antiretroviral therapy (ART) are often challenging. In addition, there is evidence that in some children treated very soon after birth, limiting the amount and diversity of proviral DNA that ends up in the ‘reservoir’ of quiescent cells could give them a better chance at controlling HIV, spontaneously or with novel medications, later in life.

The Tatelo study involved giving 28 children, already virally undetectable on ART, a combination of two bNAbs called VRC01LS and 10-1074, initially in combination with ART, and then, if they were still undetectable, by themselves. The antibodies were given as intravenous infusions every four weeks. The primary endpoint of the study was the number who remained undetectable on the bNAbs alone for 24 weeks.

Tatelo enrolled 28 children, born with HIV in Botswana, who had all started receiving ART within seven days of birth and had undetectable viral loads. All the children were on triple combination therapy based on the protease inhibitor lopinavir/ritonavir. They were between 2.4 and 5.6 years old when they joined the study.

For eight weeks they stayed on their ART and were closely monitored. Two became virally unsuppressed during this period and were withdrawn from the study. Then the two antibodies were added. The first six children took both bNAbs and ART for 32 weeks, i.e. until the day of their ninth antibody infusion: this was done to check their safety and pharmacokinetics. The following 20 children took both therapies for eight weeks, until their third infusion. During this time one more child became virally unsuppressed.

This left 25 children. They were all taken off their ART and took only the bNAbs for a maximum of 24 weeks, or until their viral load rebounded to over 400. Whichever happened first, they were taken off the antibodies and ART was resumed.

Five of the eleven who remained virally suppressed were among the six children who initially received 32 weeks of joint ART and bNAb therapy. The 83% success rate in these six may be due to the longer time on both therapies, but may also be because children who had maintained complete viral suppression on ART, without a single 'blip', were the first to be recruited to the study; nine of the eleven children who maintained viral suppression on bNAbs were in this category.

Of the 14 children who did not stay virally suppressed on bNAbs, eight developed detectable viral loads within the first four weeks on bNAbs alone. The average viral load when bNAbs were stopped was 17,400, with 85,000 the highest. There was a short gap before ART was resumed and in this time their average viral load had risen to 26,300 but four children had developed viral loads of at least 100,000 and one over a million.

All children were successfully virally re-suppressed, though those with the highest viral loads took 19 or 20 weeks to do so. In contrast, two children who started ART with viral load of around 1000 were undetectable within a week.

"Some of the children did rebound to a high level, and we were worried about some who took a long time to re-suppress," commented Dr Shapiro. He speculated that using dolutegravir rather than lopinavir/ritonavir as the basis of therapy might have achieved better suppression and re-suppression results, and noted that Botswana was transitioning to treating children with dolutegravir.

The bNAb therapy was generally well-tolerated with only one transient case of low levels of certain white blood cells (neutropenia) being attributed to the antibody therapy. Parents and caregivers found the intervention acceptable, with many preferring the monthly infusions to giving their child a daily syrup of ART.

Dr Shapiro emphasised that this was only a proof-of-concept study. While studies of bNAbs given as therapy to adults have been going on for about five years, with similar results, this is the first in young children.

aidsmap.com asked Dr Shapiro: could some of these children be post-treatment controllers? In a study presented in the same session, 30% of a group of children who began ART within 48 hours of birth had profiles indicating they had such low levels of HIV that it might be worth risking taking them off ART without any other therapy.

"It's possible that some of our eleven children may have done this by themselves, without needing the antibodies," he said.

Research was ongoing to answer this and related questions, he added. Firstly, his team was measuring proviral DNA levels more precisely in cells to see if the bNAb therapy being successful – either as cause or result – was indeed related to a smaller viral reservoir. Secondly, they were cataloguing and measuring viral resistance mutations to the bNAbs in the children's HIV.

"If we find a child that had resistance to the antibodies but nonetheless stayed undetectable, well, we'd be very interested in studying them further," he said.

The 44% success rate is encouraging but not groundbreaking. Dr Shapiro emphasised that "newer bNAb combinations with greater breadth and potency, used in children with favourable pre-treatment characteristics and possibly with longer bNAb/ART overlap, may improve treatment success for this novel ART-sparing strategy.”

Update. Following the conference presentation, some data from this study was published in a peer-reviewed journal: