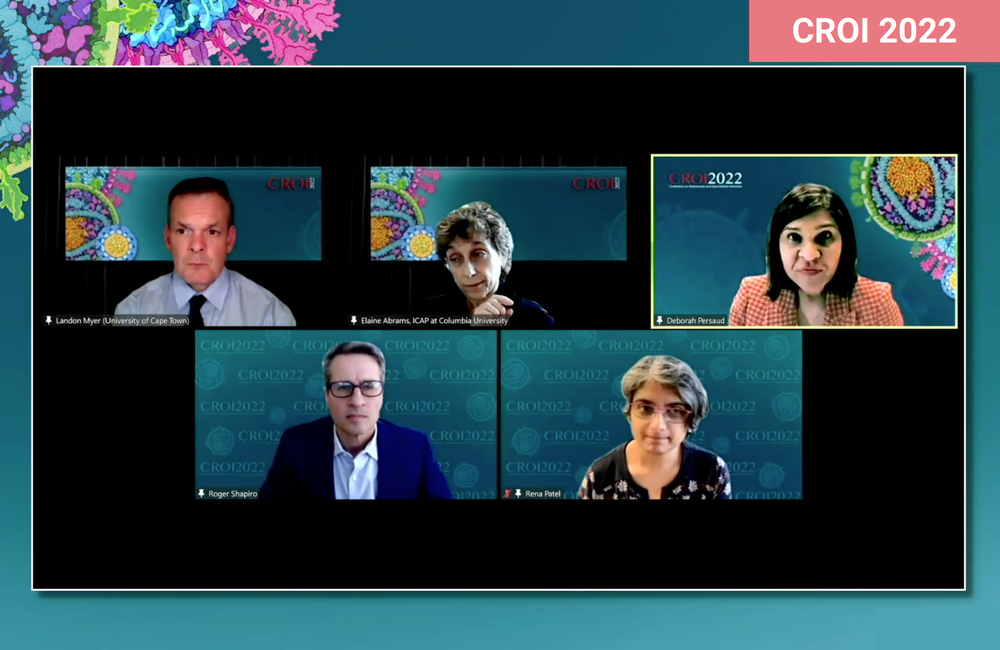 As already reported from the Conference on Retroviruses and Opportunistic Infections (CROI 2022), it may be possible to use antibodies instead of antiretrovirals to treat young children born with HIV, but another presentation revisited the question of whether, if treated as soon as possible after birth, some children might subsequently be able to do without treatment altogether, at least for a few years.

This possibility caused excitement in 2013 when it was reported that a young girl dubbed the ‘Mississippi Baby’ had maintained an undetectable viral load off antiretroviral therapy (ART) for over a year, having started treatment 30 hours after birth.

This raised hopes that children might be the first to benefit from a so-called ‘functional cure’ in which HIV is suppressed to such an extent in the body that it does not return. The hopes invested in this particular case were dashed when, after 27 months off therapy, the girl’s HIV became detectable again.

Since then, however, scientists have identified more adults who are so-called post-treatment controllers and we have learned more about how they manage to control their HIV off ART. Last year, a case came to light of an Argentinian woman who has maintained an undetectable viral load for 12 years off ART, despite an initially severe HIV infection. Just this week, a case was presented of a man who has maintained viral undetectability off ART for nearly four years after experimental antibody treatment.

It seems right, then, to revisit the possibility of achieving the same control in children. On Monday, Dr Deborah Persaud of Johns Hopkins University, who was the researcher behind the Mississippi Baby case, presented data on a cohort of children born with HIV and treated soon after birth. Their progress is being followed to see if, by two years of age, some have laboratory results – such as the absence of HIV antibodies and of measurable integrated proviral DNA – that suggest that, if taken off therapy, they might turn out to be post-treatment controllers too.

Children are good candidates for this, not only because they face more problems with side effects and adherence, but because if treated immediately after birth it may be very close to the date of infection, and little HIV as yet may have been integrated into the DNA in their CD4 memory cells – which are underrepresented in their immature immune systems anyway.

It turns out that nearly 30% of the group of 54 children did have such characteristics. Persaud’s team are now pondering how to interrupt their ART safely, in what is called an analytical treatment interruption (ATI), to see if any of them can stay off treatment longer than the Mississippi Baby.

Persaud and colleagues studied two separate cohorts of children. The first included 440 children who were at high risk of HIV infection in the womb due to untreated viraemia in their mothers. They were presumptively treated with ART within 48 hours of their birth. When later tested, 34 turned out to have HIV and continued on ART. The second cohort included 20 children who had been tested and started on ART within 48 hours of birth, and then enrolled in the study within ten days of birth.

The children were enrolled in the three-year period between January 2015 and December 2017 and were followed for at least two years.

The children received two nucleoside reverse transcriptase inhibitors (NRTIs) from the start (such as abacavir plus 3TC – tenofovir is not recommended for children under two), plus nevirapine, a non-nucleoside reverse transcriptase inhibitor for 12 weeks or until their viral load fell below 200, if sooner. Starting between 10 and 21 days after birth they also received the protease inhibitor boosted lopinavir (darunavir is not recommended for young children; dolutegravir could be used these days).

Most of the children in the cohort – 47 out of 54 – were in African countries, with four from South America, two from North America and one from Asia. In the first, presumptively treated, cohort, the first dose of ART was given only seven hours after birth. In the second, ART-after-testing cohort, it was given after 33 hours. Sixty-one per cent of the children were female.

Their baseline viral loads were on average 79,000 in the first cohort and 12,500 in the second. Proviral DNA could be detected in most of them, with average levels of 251 copies per million white blood cells in the first cohort and 631 copies per million in the second. Their CD4 counts, in both cohorts, were only about 50, a reminder that children have undeveloped immunity.

By week 24, 75% of the first cohort and 88% of the second cohort had a viral load under 200, and so remained in the study. Already, 48% and 40% respectively had a viral load under 20. At the same time point, 19% in cohort 1 and 22% in cohort 2 had no detectable proviral DNA, and its average level had declined tenfold in both cohorts since baseline.

Between week 24 and week 104 (two years of age), 33% of children who remained in the first cohort maintained a viral load below 200 at all times, and 57% of children in cohort 2. In the first cohort, predictors of continued undetectability were male sex and having first had ART more than 24 hours after birth, as opposed to sooner.

By two years of age, of the children that remained in the study, ten of 12 of children in the first cohort (83%) and all seven children in the second cohort (100%) had lost their antibodies to HIV. At the same time point, seven of eleven in the first cohort (64%) and five of seven in the second (71%) had no detectable HIV proviral DNA. As a reminder, continuing to have undetectable viral load was a condition of remaining in the cohort.

What this means is that out of all the 54 children who started, by age two, 30% had the same characteristics – in terms of undetectable HIV RNA, DNA and antibodies – as the Mississippi Baby. They were therefore potentially eligible to be the subject of an analytical treatment interruption.

Exactly how to do this safely and with adequate warning signs of viral rebound is what the team are working on next.