Case report of a 'functional' HIV cure in a child

HIV persists in child's body, but no signs of new virus production after 12 months off treatment
Keith Alcorn 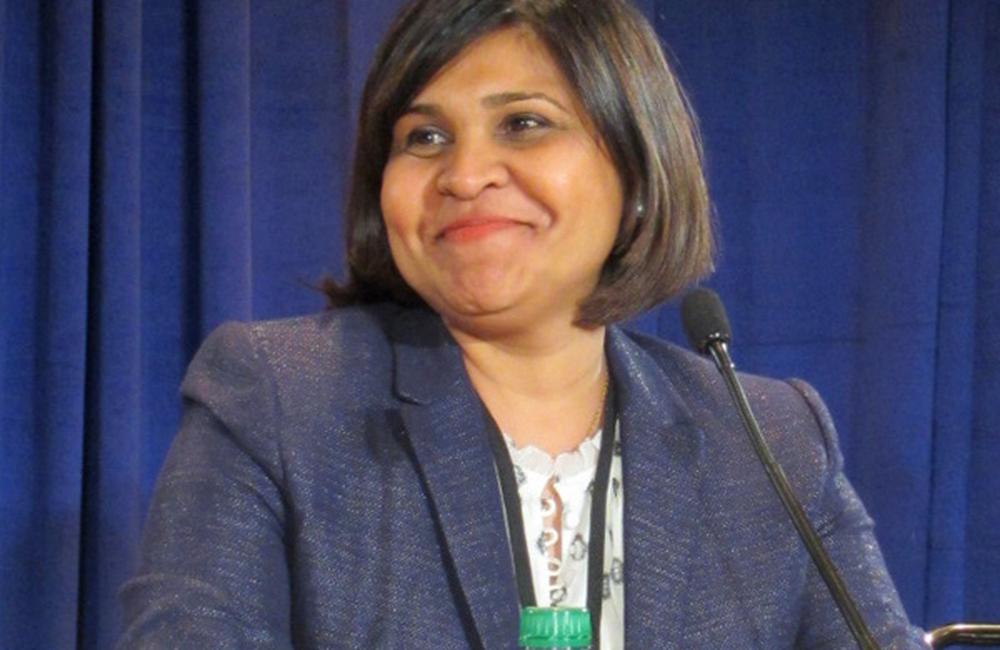 Researchers in the United States say that they have identified a case of a 'functional' HIV cure in a child infected with HIV who began antiretroviral treatment within days of birth. The child has now been off treatment for a year, and although HIV DNA has been detected at very low levels in the child’s cells, the virus is not reproducing.

Further follow-up will be required to determine whether this state persists, or whether viral replication resumes, but researchers involved in the case are optimistic that what they have found represents a functional cure – a state in which HIV remains in the body, but no longer replicates. One functional cure in an adult has been reported previously – the so-called 'Berlin patient' (see below and related news story).

The findings were presented at a press conference on the opening day of the 20th Conference on Retroviruses and Opportunistic Infections (CROI) in Atlanta, and further details were released on Monday 4 March in a conference session on 'HIV Eradication'.

"We believe this is our Timothy Brown moment." Deborah Persaud, Johns Hopkins University School of Medicine

Dr Deborah Persaud of Johns Hopkins University School of Medicine, Baltimore, reported on the case of a child treated with antiretroviral therapy from 30 hours after birth, almost immediately after testing for HIV DNA and RNA on the second day of life. The child was born to a mother with detectable viral load at the time of delivery.

The child was delivered prematurely, at 35 weeks of gestation, and the mother underwent rapid antibody testing for HIV at the time of delivery. She had not been in HIV care previously. The child was tested for HIV at around 30 hours of life, and tests revealed detectable HIV DNA and HIV RNA of just under 20,000 copies/ml. RNA tests continued to be positive up until 20 days of life, indicating that this was not an isolated false positive result and that viral replication was taking place.

In line with recommended practice in cases where mothers have detectable viral load at the time of delivery, the infant was initiated on a regimen of AZT/3TC and nevirapine as prophylaxis against infection. In cases of prophylactic treatment to prevent infection in HIV-exposed infants, this regimen would be given for 4 weeks. In this case, because virus was detected and the infant had confirmed HIV infection, treatment continued until the age of 18 months (although lopinavir/ritonavir (Kaletra) was substituted for nevirapine at day 7). At 18 months of age, the child’s caregiver withdrew the child from treatment and the child was lost to follow-up for nearly six months.

Viral load tests were carried out at 7, 12 and 20 days of age that showed detectable virus after the initiation of treatment, before the virus became undetectable on a test with a lower limit of detection of 20 copies/ml at day 29. Subsequent testing until month 26 showed that viral load remained persistently undetectable after this point, despite the fact that treatment was stopped after 18 months.

When the child returned to care at 23 months of age and it became apparent that viral load was not detectable in the absence of treatment, clinicians at the University of Mississippi Medical Center sought advice from research groups outside the state, including Dr Katherine Luzuriaga at the University of Massachusetts.

Collaborating laboratories at the National Institutes of Allergy and Infectious Diseases and the University of California San Diego carried out ultrasensitive tests to determine whether HIV had been eliminated, or whether any traces of the virus persisted in any cell types. They found that viral RNA of 1 copy/ml could be detected in tests carried out when the child was two years of age and 2 copies/ml at 26 months. Co-culture of 22 million resting CD4 cells failed to identify any replication-competent HIV at 24 months.

However, testing at 24 and 26 months of age found a reservoir of presumably latently infected cells: HIV DNA was detected in peripheral blood mononuclear cells at a frequency of 37 and 4 copies per million cells. The investigators also looked for 2-LTR circles, fragments of unintegrated HIV DNA that might have the potential either to influence the way in which the infected cell evades immune surveillance, or to establish a prolonged state of latency. They found no 2-LTR circles within the cells containing HIV DNA, suggesting that HIV is completely quiescent, and not replicating – a functional cure of HIV infection.

Speaking at the press conference, Deborah Persaud rejected suggestions that the case might represent an episode of successful post-exposure prophylaxis, noting that several blood samples taken during the first week of life had tested positive for viral RNA, indicating that infection had already become established. However, further testing of these samples is not possible because the samples had not been stored, their future significance not being appreciated at the time the child was diagnosed.

Dr Persaud said that the findings represented a “proof of concept”. Referring to the case of a Berlin man who was declared cured of HIV infection following a bone marrow transplant from a donor with genetically conferred resistance to HIV infection, she said: “We believe this is our Timothy Brown moment.”

She said that trials to investigate whether a functional cure is possible for larger numbers of infants are now in design, and that, if successful, the challenge will be to replicate the results through the existing platform of services for prevention of mother-to-child transmission.

Note: this is an updated version of a report published on Sunday 3 March, and contains further details of the case as presented at the conference on 4 March.

A webcast of the session in which this research was presented, Is there hope for HIV eradication?, is available on the conference website.