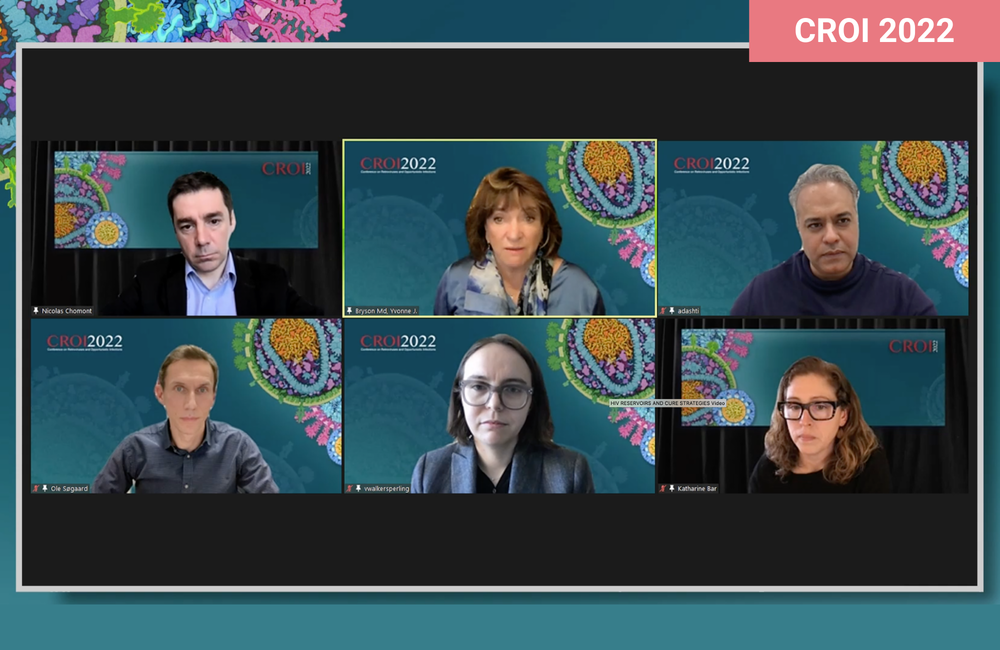 A woman in New York City has no detectable HIV 14 months after stopping antiretroviral therapy following a transplant of HIV-resistant stem cells, according to a presentation yesterday at the Conference on Retroviruses and Opportunistic Infections (CROI 2022).

The woman, who received the stem cell transplant to treat leukaemia, is doing well, and both her cancer and HIV are in remission. While it is too soon to declare for certain that she is cured of HIV, experts are hopeful that the 'New York patient' will join the 'Berlin patient' and the 'London patient' as the third person to be free of HIV over the long term after stem cell transplantation. However, they caution that this is a risky procedure that is not applicable to most people living with the virus.

“This third case of an HIV cure post-bone marrow transplant from a donor naturally resistant to HIV, and the first in a woman living with HIV, is a very exciting finding,” said Professor Sharon Lewin, president-elect of the International AIDS Society. “A bone marrow transplant is not a viable large-scale strategy for curing HIV, but it does present a proof of concept that HIV can be cured.”

So far, only two people are widely regarded as cured of HIV, although some others with a shorter duration of follow-up may eventually join their ranks.

The first man to be cured, Timothy Ray Brown, formerly known as the Berlin patient, received two stem cell transplants to treat acute myeloid leukemia in 2006. The donor had two copies of a rare genetic mutation known as CCR5-delta-32, which leads to an absence of CCR5 co-receptors, the gateways most types of HIV use to enter T-cells. Brown underwent intensive conditioning chemotherapy and radiotherapy to kill off his cancerous immune cells, allowing the donor stem cells to rebuild a new HIV-resistant immune system. But the donor immune cells attacked his native cells, resulting in severe graft-versus-host disease.

As described at CROI 2008, Brown stopped antiretroviral therapy at the time of his first transplant but his viral load did not rebound. Researchers extensively tested his blood, gut and other tissues, finding no evidence of replication-competent HIV anywhere in his body. At the time of his death in September 2020, due to a recurrence of leukaemia, Brown had been free of HIV for more than 13 years.

At CROI 2019, researchers described a second man, Adam Castillejo, dubbed the London patient, who also achieved long-term HIV remission after a stem cell transplant to treat Hodgkin lymphoma. In May 2016, he, too, received cells from a donor with a double CCR5-delta-32 mutation, but he underwent less aggressive pre-transplant conditioning chemotherapy, was able to stay on antiretroviral treatment and had milder graft-versus-host disease. In September 2017, with no evidence of viable HIV, he stopped antiretroviral therapy. He has now been free of HIV for more than four years and his lymphoma is still in remission.

Professor Yvonne Bryson of the University of California Los Angeles described the new case at the conference and an accompanying press briefing.

The middle-aged (post-menopausal) woman, a participant in an observational study called IMPAACT P1107, was diagnosed with HIV in 2013 and acute myeloid leukaemia in 2017 and she required a stem cell transplant. The study was designed to use previously screened umbilical cord blood with the double CCR5-delta-32 mutation, which is present in only around 1% of northern Europeans and is even rarer in other populations. Being of mixed race, the woman’s chances of finding an adult donor who was both a close genetic match and carried the double mutation were slim, especially given that people of colour are underrepresented in bone marrow donor registries.

Cord blood is more “forgiving” and does not require such a close genetic match as adult stem cells, Bryson explained, but the volume of banked cells is too small for an adult transplant and cord cells are slower to engraft, or become established in the body. Instead, doctors at Weill Cornell Medical Center performed a new procedure known as a haplo-cord transplant, which combined CCR5-delta-32 cord blood cells with partially matched adult donor stem cells from one of the woman’s relatives without the CCR5 mutation. The adult donor cells provide enough volume and faster engraftment, shoring up the immune system and giving the cord blood cells more time to get established. Like Timothy Ray Brown, the woman received intensive chemotherapy and whole-body radiotherapy prior to the transplant.

The transplant went well and the woman did not develop graft-versus-host disease, which is less common with cord blood. Within 100 days, she achieved full engraftment with 100% CCR5-delta-32 immune cells derived from the cord blood cells. “She basically had a new HIV-resistant immune system,” Bryson said.

Laboratory tests showed that the new cells were resistant to HIV and, surprisingly, they were even impervious to HIV strains that use the CXCR4 receptor rather than CCR5 to enter cells, which Bryson could not explain.

The woman remained on antiretroviral therapy for three years after the transplant. During that time, she had undetectable plasma viral load according to highly sensitive assays, undetectable HIV DNA in immune cells (reflecting the latent viral reservoir) and no evidence of replication-competent HIV. As expected, her CD4 and CD8 T-cell counts fell after the conditioning therapy, but a year later they had rebounded and remained stable at around normal levels, while HIV-specific immune activation decreased. What’s more, she seroreverted, or became HIV antibody negative, a year after the transplant.

At that point, she decided to try a closely monitored antiretroviral treatment interruption. Fourteen months later – four and a half years after the stem cell transplant – she has not experienced viral rebound, has undetectable HIV-specific cellular immune responses, is still HIV antibody negative and her leukaemia remains in remission. Researchers have not been able to detect replication-competent latent HIV in nearly 75 million CD4 cells.

What factors are required for a stem cell cure?

Researchers are still attempting to learn why these three apparent HIV cures after stem cell transplantation were successful while other attempts have failed. Using stem cells from donors with a double CCR5-delta-32 mutation seems to be crucial. At CROI 2014, researchers described two HIV-positive men in Boston who received stem cell transplants for cancer treatment from donors with normal, or “wild-type”, stem cells that lack the mutation. Despite high hopes, one man experienced viral rebound three months after stopping antiretrovirals and the other did so eight months after treatment interruption.

Unlike Brown and the New York patient, these men did not receive intensive conditioning therapy and radiotherapy that could have wiped out existing immune cells that harbour latent HIV. But neither did Castillejo, and he nonetheless remains HIV-free. Some experts have speculated that the graft-versus-host reaction might help keep HIV under control, but the New York woman did not experience this. Thus, the factors that ensure a successful post-transplant HIV cure remain unclear.

Even if this mystery is solved, stem cell transplants are far too dangerous for people who do not need them to treat life-threatening cancer, especially if they involve harsh conditioning therapy. After a transplant, while waiting for donor cells to engraft, patients are highly susceptible to infections – an even greater concern in the COVID-19 era.

What’s more, the procedure is medically intensive and costly and would not be scalable to treat the millions of people living with HIV worldwide. But the new case does provide further proof that the latent HIV reservoir can be cleared enough to produce durable remission and offers clues that could lead to a more widely applicable functional cure.