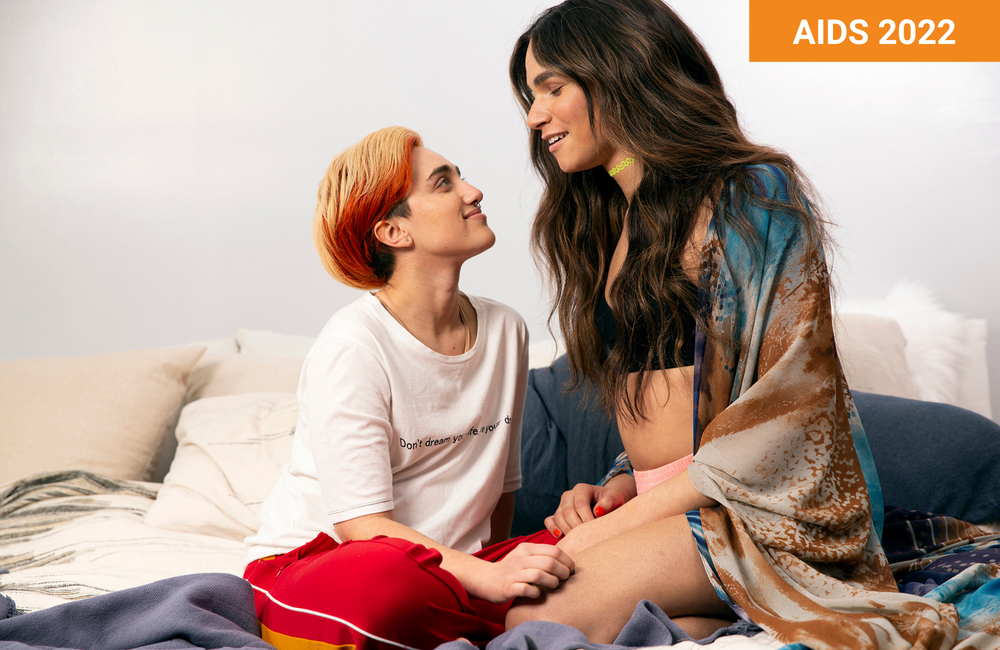 A poster presentation at the recent 24th International AIDS Conference (AIDS 2022) in Montreal shows that the efficacy of long-lasting injectable PrEP was as high among the transgender women who took part in the HPTN 083 study as it was among the gay and bisexual men.

Among the transgender female women taking part, a cabotegravir long-acting (CAB-LA) injection given every two months stopped 66% more HIV infections than a daily tenofovir disoproxil/emtricitabine (TDF/FTC) pill did – exactly the same efficacy as was reported for all study participants in July 2020.

The study also found that taking gender-affirming hormonal therapy had no effect on levels of CAB-LA.

One other finding of the study is more discomfiting, however. The levels of emotional, physical and especially sexual abuse experienced by the gay and bi male participants were already strikingly high, but the trans women participants attested to still higher levels. Several studies recently found links between intimate partner violence and negative outcomes for both treatment and prevention.

The study’s protocol specified that a minimum number of trans women had to be enrolled and in the end one in eight – 12.5% of study participants – was transgender, numbering 570 in total.

Three hundred and thirty (58%) of the trans women were either already taking gender-affirming hormones (44%) when they joined the study or started during it (14%). The most commonly used hormonal formulation was estradiol valerate, taken by 45%, but almost all of the rest took other forms of estradiol. A third also took the androgen blocker spironolactone.

There were nine HIV infections overall in the trans women – seven in the TDF/FTC arm and two in the CAB-LA arm. This was a significant difference; even though overall figures were low and confidence intervals were wide, it meant that HIV incidence was 65.7% lower in the trans women.

This efficacy figure, it should be kept in mind, is additional to whatever efficacy the TDF/FTC was having in preventing HIV. If the TDF/FTC efficacy had only been 44%, as it was in the iPReX study, then the additional efficacy of the CAB-LA injections actually means that it was preventing at least 80% of the infections that would have happened without any PrEP at all. If TDF/FTC efficacy had been 86%, as it was in PROUD and IPERGAY, then with the additional efficacy offered by CAB-LA, we are talking about an intervention that may be preventing 95% of HIV infections.

The study also found that drug levels of CAB-LA taken from a subset of participants were the same in women taking gender-affirming hormonal therapy as in those who were not. This is contrary to the findings of some (but not all) studies of TDF/FTC. Levels of cabotegravir in a few women on and off gender-affirming hormonal therapy reached lower trough levels than average, but in no cases did these trough levels dip below the effective concentration.

The poster concludes by saying that “CAB-LA is a safe and effective HIV prevention study for transgender women.”

Transgender women have the highest HIV rate in the United States, and new data show which ones are most likely to have favorable outcomes.
POZ
15 Aug 22
Human rights