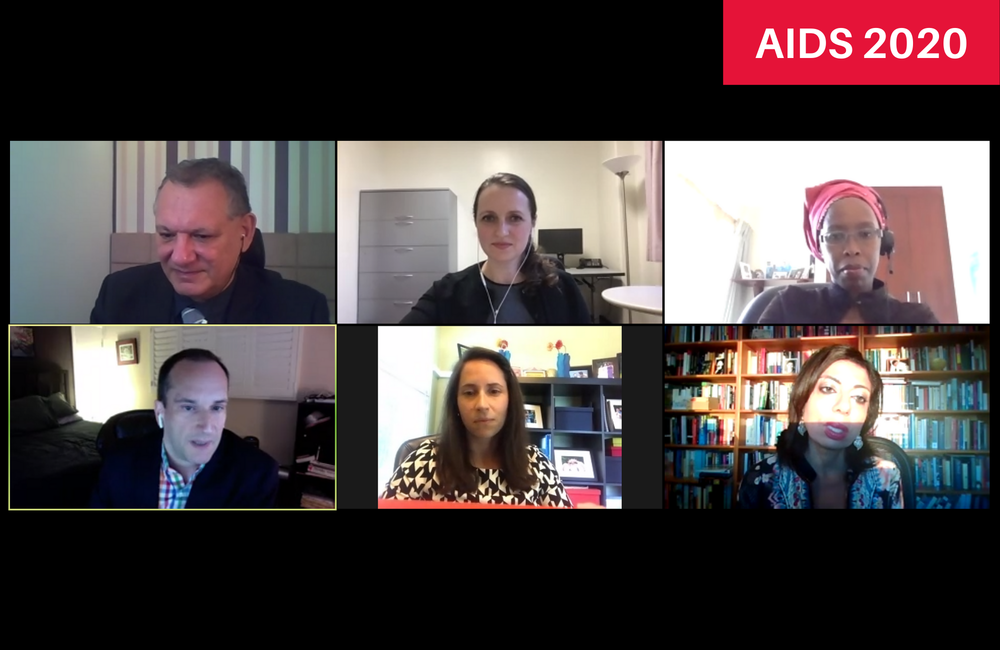 PrEP administered as an injection every eight weeks was more effective in preventing HIV than oral PrEP in gay and bisexual men and transgender women, researchers confirmed at the 23rd International AIDS Conference (AIDS 2020: Virtual) today.

The headline findings were originally announced two months ago when the HPTN083 study was terminated early, because there were clearly fewer infections in people offered injectable PrEP than in people offered oral PrEP. At the time, the number of data points collected only allowed the researchers to say that the injectable drug was “non-inferior” to the oral drug – in other words, that, while it did seem to perform better, it had not passed a predetermined threshold enabling researchers to say it was clearly superior. The purpose of this threshold is to avert the possibility of random effects.

Today, Dr Raphael Landovitz of the University of California, Los Angeles, and principal investigator of the HPTN083 study, was able to say that bi-monthly injections of the drug cabotegravir were superior, in terms of preventing HIV infection, to oral doses of a combination pill of tenofovir disoproxil fumarate plus emtricitabine (the well-known blue pill whose brand name is Truvada.)

A companion study, HPTN084, is currently underway in 3200 cisgender women in seven countries in sub-Saharan Africa. Unless that is also stopped early, its results aren't likely to appear till mid-2021 (see this graphic).

Altogether there were 4566 people in HPTN 083, randomised to receive either cabotegravir injections plus a Truvada placebo or real Truvada pills plus a dummy injection. In order to avoid any chance of side effects that could not easily be reversed in people given the injections, people took oral cabotegravir pills (or placebos) for five weeks before their first injection.

And because injectable cabotegravir may persist in the body for over a year, participants who stopped injections were also offered a year of open-label Truvada pills, to avoid the risk of infection, and the possibility of developing drug resistance, if they continued to be at risk of HIV.

There is a more detailed description of the study in our earlier article, but it is worth repeating that two-thirds of the study population were aged under 30; that 567 participants (12.4%) were transgender women; and that half of the US contingent (844 people or 18.5% of the entire study population) defined themselves as black.

The efficacy figures announced today were that a total of 52 HIV infections had been seen in 6385 person-years in the study. This equates to an annual HIV incidence of 0.81% or one infection a year in every 123 people.

The 95% confidence interval for the result – the statement of the degree of ‘fuzziness’ of the finding – was that, if the exact-same study was repeated exactly, 20 times over, the result due purely to random effects would range from 38% fewer infections on cabotegravir to 82% fewer. The 38% fewer is more efficacious than the 25% efficacy that was the threshold for superiority. This "definitively and clearly" establishes the superiority of the injections, Dr Landovitz said.

It is important to emphasise that 66% is not the absolute efficacy of cabotegravir injectable PrEP. It means that it’s 66% even more effective than Truvada.

One reason is that people find it hard to maintain 100% adherence to pills. In a random subset of people who took the pills and had drug levels monitored, 75% had levels consistent with daily dosing; but the drug could not be detected in 13% of those tested, suggesting that they rarely took it or had long breaks from it. Both injections and pills are highly effective as PrEP, if taken as prescribed.

Dr Landovitz said that one of his concerns was that "there was no impugning of the really impressive efficacy of TDF/FTC." However, he added, "injectables may be able to provide more consistent coverage of sexual acts."

An analysis of the 52 infections, however, shows that poor adherence cannot be the explanation for all the infections seen. In the people randomised to the cabotegravir injections:

However, some of the infections on Truvada are hard to explain too. Three were infected before starting, but only seven were infected after being lost to follow-up or after a long gap. This leaves over 30 infections which occurred in people who, by self-report, had good adherence. However, we will, again, not know about drug levels and resistance till the results of studies in these people are published (drug levels were taken in a random sample but not necessarily in anyone who became infected).

Dr Landovitz commented: "We need the drug levels to confirm or refute that the 39 infections [on Truvada] were largely due to adherence problems – and also to supply a nuanced understanding of what permitted HIV acquisition in the cabotegravir arm."

In terms of safety, far more people receiving cabotegravir reported injection site reactions than those receiving placebo, and this was the most important side effect. Eighty-one per cent of cabotegravir recipients reported this compared with 31% of placebo recipients. However, the numbers with injection site reactions dropped over time, and had gone down to 20-30% after the eighth of 20 injections, though they declined to almost zero in placebo recipients. As already reported, only 2.2% of people discontinued injections due to side effects.

Cabotegravir recipients gained more weight over the two-year study than Truvada recipients – an average of 1.3kg a year versus 0.3kg – but it’s notable that this is driven by a slight weight loss in people taking Truvada in the first year. After week 40, the weight gain was the same, with a gain of 1.08 and 1.07kg a year respectively after that point.

There was an aggregate 27% annual incidence of gonorrhoea and/or chlamydia seen in participants, and 16% incidence of syphilis, which is not as high as that seen in some other studies but still indicates significant amounts of condomless sex.

At present, participants are still staying on their blinded regimens and don't know if the active component is cabotegravir or Truvada. This is because it is taking time to get enough injectable cabotegravir to trial sites so that all participants can have it if they choose. The post-injection year of pills is still on offer to people who wish to come off the injections.

So far, an open-label extension to the study is still under discussion, and Dr Landovitz said that whether or when there would be an application to license injectable cabotegravir for PrEP was a decision for its manufacturers, ViiV.

Asked whether he would counsel people to use injectable or oral PrEP, he said "I'd say it's a choice. But it will be a great thing to have a choice, and not require a daily activity for efficacy. Hopefully, we will soon know if cis women will have that choice too: we also need to find out if it applies to injecting drug users and to transgender men."