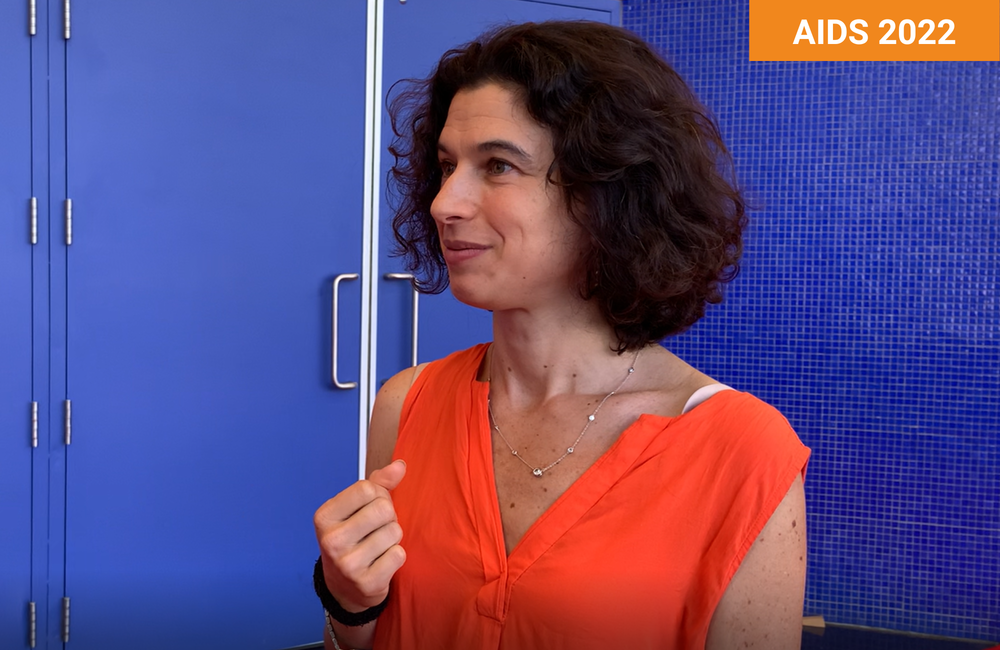 A history of intimate partner violence and/or sexual abuse was associated with lower adherence to HIV treatment among adolescents living with HIV in South Africa, according to research presented at the 24th International AIDS Conference (AIDS 2022).

Another study presented at the same session found that adolescent girls and women in sub-Saharan Africa who had recently experienced intimate partner violence were over three times more likely to acquire HIV and less likely to have suppressed virus if living with HIV.

Globally, people living with HIV are more likely to have experienced intimate partner violence, and violence is recognised as a key driver in the HIV epidemic among adolescent girls and women in sub-Saharan Africa. Understanding and addressing the impact of violence on HIV prevention and treatment outcomes is essential to achieving the 95-95-95 goals.

Professor Lucie Cluver of the University of Cape Town presented findings from a longitudinal study that followed 1046 adolescents (aged 10-19) living with HIV. Participants were recruited from over 70 health facilities in the Eastern Cape, South Africa. Researchers accessed their clinical records and interviewed them three times between 2014 and 2018.

Given that the participants were followed over time, researchers were able to construct a repeated-measure random effects model, validated against viral load suppression, to predict the impact of violence on adherence.

The longitudinal study design had several strengths, including the ability to see how experiences of violence impacted adherence over time, and a higher confidence in a causal relationship between a history of violence and lower adherence.

Researchers pooled results from nationally representative cross-sectional surveys that included information on physical or sexual violence from 2000 to 2020. Fifty surveys from 30 countries were included. Around half the surveys were from east Africa and only a few were from southern Africa.

The researchers pooled 273,000 survey responses from women aged 15 to 65 who had ever been married or partnered. Overall, 32% of respondents reported a lifetime history of physical and/or sexual intimate partner violence, and 22% reported experiencing violence in the previous year.

After adjusting for other factors, respondents who experienced intimate partner violence in the previous year (n=19,179) were 3.22 times more likely to acquire HIV (CI: 1.51-6.85). They were also 2.75 times more likely to have a recent HIV infection (CI:1.26-6.00) from within the past four to seven months.

Women living with HIV who experienced violence in the previous year (n=5627) were 9% less likely to have suppressed virus (CI: 0.85-0.98). This lower viral suppression was likely attributable to adherence, since treatment uptake did not differ, and the lower rates of viral suppression remained significant when restricting the analysis to only women who were taking HIV treatment.

These two studies had very different designs yet showed similar relationships between experiences of violence and poor HIV outcomes, especially adherence. During the question-and-answer session, the researchers discussed the potential mechanisms linking HIV and violence.

In some cases, HIV acquisition related to violence can be directly attributed to sexual assault. Sometimes, violence against women living with HIV is attributed to their HIV status. While these statements may be true, the reality isn’t always quite so simple, and there are still lots of unknowns.

Kuchukhidze noted that by looking at recent HIV infection in their study, the data suggested that experiences of violence preceded, and thus were not a result of, the HIV acquisition. However, an audience member highlighted how violence can often follow an HIV diagnosis as well, pointing out how HIV criminalisation laws are known to increase violence against women.

Questions remain about how experiences of violence, especially ongoing ones in the context of an intimate relationship, impact adherence and/or viral suppression. There was some discussion related to practical factors, such as hiding antiretrovirals. The psychological impact of experiencing violence may also be playing a part, noted Cluver. An audience member asked whether psychological or emotional violence was captured in the meta-analysis, but Kuchukhidze said that non-physical violence was not consistently asked about or recorded in the surveys.

Another audience member hypothesised that there may actually be a biological mechanism contributing to lower rates of viral suppression, noting that her current PhD research focused on how violence increases cortisol, a stress hormone. Cluver welcomed this avenue of research, believing it will help address the tough questions that remain.

Despite these unknowns, several things are clear. In response to an audience member’s question about effective screening tools, Cluver said that the problem is not a lack of screening tools. Several already exist, but service providers are afraid to ask the question as the real gap is the lack of services to refer people to.

Taken together, the studies underscore the urgent and unmet need for effective violence prevention and post-violence services to be implemented at scale.

An audience member said it best, commenting that:

“It hurts that we see so much data being collected, and there is less than is occurring in terms of justice for intimate partners, regardless of HIV or sexuality. We always experience women who are dying. There is not enough justice. So, we need everybody, need a multi-sectoral approach in terms of fighting gender-based violence. It’s not enough for them to acknowledge only that there is a pandemic which is gender-based violence and femicide, but at the end of the day, there are no structures, there is no plan in place to deal with all that we are facing.”

Cluver agreed and responded: “We bury ourselves sometimes in the statistics, because they are easier than the horrifying reality.”