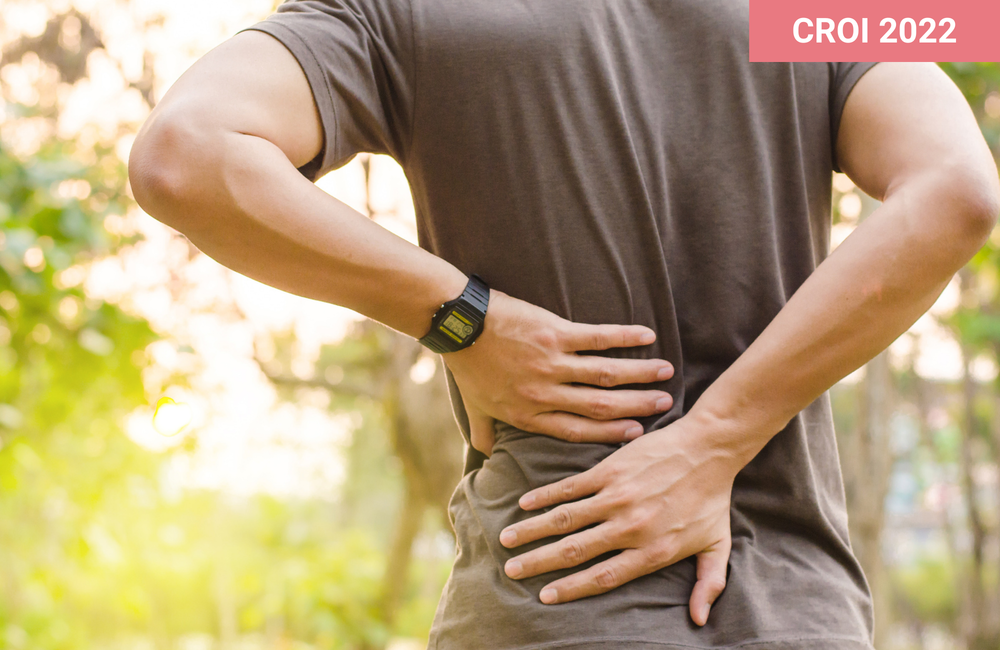 A small proportion of people experienced bone loss after starting daily tenofovir disoproxil fumarate/emtricitabine (TDF/FTC; Truvada or generic equivalents) for pre-exposure prophylaxis (PrEP), and those who were more adherent saw a greater effect, according research presented at the Conference on Retroviruses and Opportunistic Infections (CROI 2022).

It is well known that TDF is associated with bone loss in people using it as part of a combination regimen for HIV treatment, but there is less evidence on its effects in HIV-negative people taking it for prevention. Some prior studies showed people on PrEP experience modest bone loss (which may be a particular concern for young men), but this resolves after stopping TDF. The newer tenofovir alafenamide/emtricitabine (TAF/FTC; Descovy) is easier on the bones and kidneys but more associated with wight gain and elevated lipids; with no generic equivalent, it is also a costlier option.

The participants had no prior history of osteoporosis (substantial bone loss) or osteopenia (mild bone loss) as indicated by a T-score of -1 or less. However, they had all undergone DEXA bone scans at some point during the study. In response to a question, Chang said DEXA scans were not part of routine PrEP monitoring and the researchers did not look at the reasons why people had the scans, leaving open the possibility that this group may have been at higher risks for bone problems than the overall population using PrEP.

Over an average follow-up period of 502 days, 217 participants (3%) developed osteopenia or osteoporosis. The researchers noted that this is similar to the rate among HIV-positive people using TDF/FTC for treatment.

An initial analysis found that people with hepatitis B, cardiovascular disease, chronic kidney disease, impaired kidney function or hypertension were more likely to experience bone loss, but these factors were not statistically significant in an adjusted multivariable analysis.

Reassuringly, no new cases of HIV were detected during the study period, even among participants with less than 90% adherence.

Based on these findings, the researchers suggested that counseling on the incidence of osteoporosis and osteopenia as well as routine screening should be considered for people starting daily TDF/FTC for PrEP. “Annual to every other year DEXA may be advisable,” Chang said.

Because the amount of time spent on TDF/FTC was the strongest risk factor for bone loss, they also suggested that future studies should explore whether on-demand or event-drive PrEP – in which the TDF/FTC pills are taken before and after sex rather than daily – might mitigate the risk of serious adverse effects.