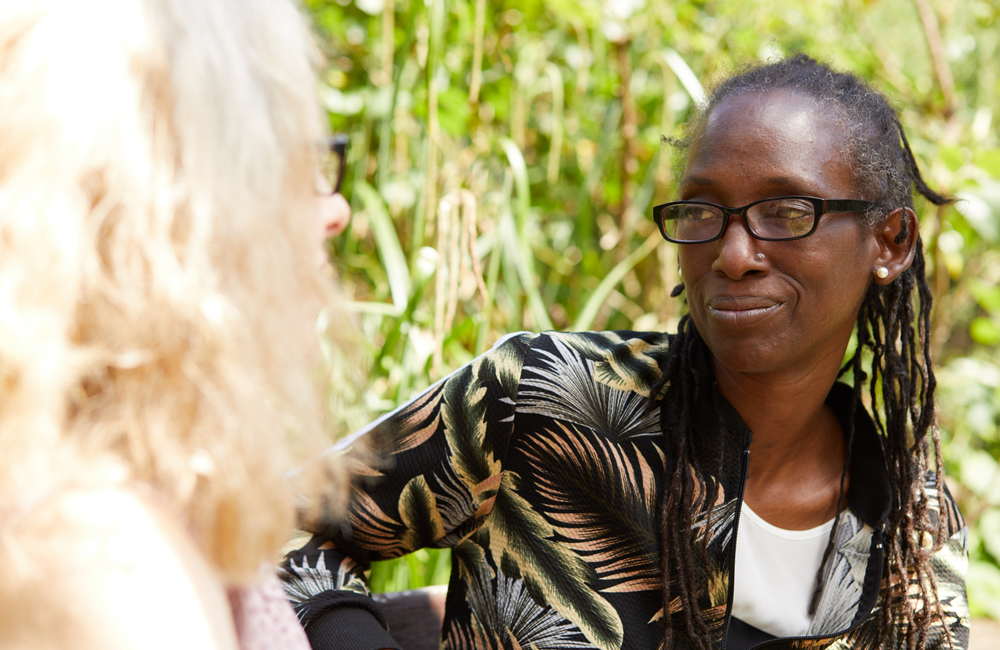 A study of women in the United States has found that HIV and menopause stage are each independent risk factors for lower bone mineral density, with each having an additive effect. Findings are published in Clinical Infectious Diseases.

Led by Dr Anjali Sharma of the Albert Einstein College of Medicine, researchers compared bone density test results of women living with HIV to women without HIV by menopause status. They performed statistical analyses to determine whether loss of bone mineral density was associated with HIV, menopause, or both.

A total of 158 women living with HIV were included in this analysis. Their average age was 50, 65% were Black, 16% White, and 21% were categorised as Hispanic/Other. Thirty-six per cent were pre-menopausal or in early perimenopause, while 64% were in late perimenopause or early post-menopause.

All had been on antiretroviral therapy (ART) for a year or more (average nine years), all had CD4 counts greater than 100 (average 576), and 65% were virally suppressed. Around half were on ART regimens containing tenofovir disoproxil fumarate (TDF) – which is known to affect bone health.

Eighty-six HIV-negative women were included in the study, and they were well matched in regard to age, race, body mass index, menopausal status, opioid use, diabetes, hepatitis C, renal insufficiency, and glucocorticoid use. Women living with HIV were less likely to be current smokers than HIV-negative women (49% vs 65%) and more likely to take calcium supplements (12% vs 1%).

Results were measured in areal bone mineral density (aBMD), which is the amount of bone mineral divided by the bone scanned area. Measures of aBMD may be affected by fat tissue, especially in obese people. So, a second measure of volumetric bone mineral density (vBMD), attained by central quantitative computed tomography (cQTC), was also used for the first and second vertebrae of the lumber spine (L1 and L2) and the total hip.

Osteopenia (low bone mineral density) and osteoporosis (the most severe form of bone loss) were measured by T-scores. T-scores compare a person’s bone mass to the peak bone mass of a healthy 30-year-old adult, matched by sex and race. A T-score between –1.0 and –2.49 represents osteopenia, and a T-score of –2.5 or below represents osteoporosis.

"HIV and menopause were both shown to be independent risk factors for low bone mineral density, with the effect being cumulative at the spine and total hip."

However, low bone mineral density (any T-score < –1) was common. For every site, over 20% of women living with HIV had low bone mineral density (range 20% – 39 %) compared to 9% – 15% of HIV-negative women. All these differences were significant. The largest difference was seen in the ultradistal radius, with 39% of women with HIV and 15% of HIV-negative women affected.

To better understand these findings, researchers controlled for other factors known to influence bone mineral density, such as smoking, race, body mass index, alcohol use, and hepatitis C, and looked at the impact of menopause status.

Among women living with HIV, there were no significant relationships between aBMD and nadir CD4 count, HIV viral load, a history of being diagnosed with an AIDS defining illness, or class of antiretroviral therapy. Ever using tenofovir was associated with reduced aBMD at the ultradistal radius and 1/3 distal radius wrist in univariate analysis, however the relationship was not significant after controlling for other factors.

A multivariate model with combined categories for menopause and HIV status found differences between groups, suggesting a cumulative effect of HIV and menopause. Across all sites, the lowest T-scores were seen among women living with HIV who were further along in menopause, and the highest T-scores in HIV-negative women who were earlier in menopause. These differences were statistically significant at the lumbar spine and total hip.

However, there wasn’t a statistically significant interaction between menopause and HIV, possibly due to the small sample size. Further research is warranted to explore this trend.

In summary, women living with HIV had lower bone mineral density than HIV-negative women, particularly in the spine. However, the prevalence of osteoporosis did not differ by HIV status. HIV and menopause were both shown to be independent risk factors for low bone mineral density, with the effect being cumulative at the spine and total hip.

There is a growing number of people living with HIV who are experiencing menopause. Further research is needed to explore the interaction between HIV and menopause on bone health, and to develop strategies to mitigate bone loss and fracture risk in this population.