Descovy is non-inferior to Truvada for daily PrEP 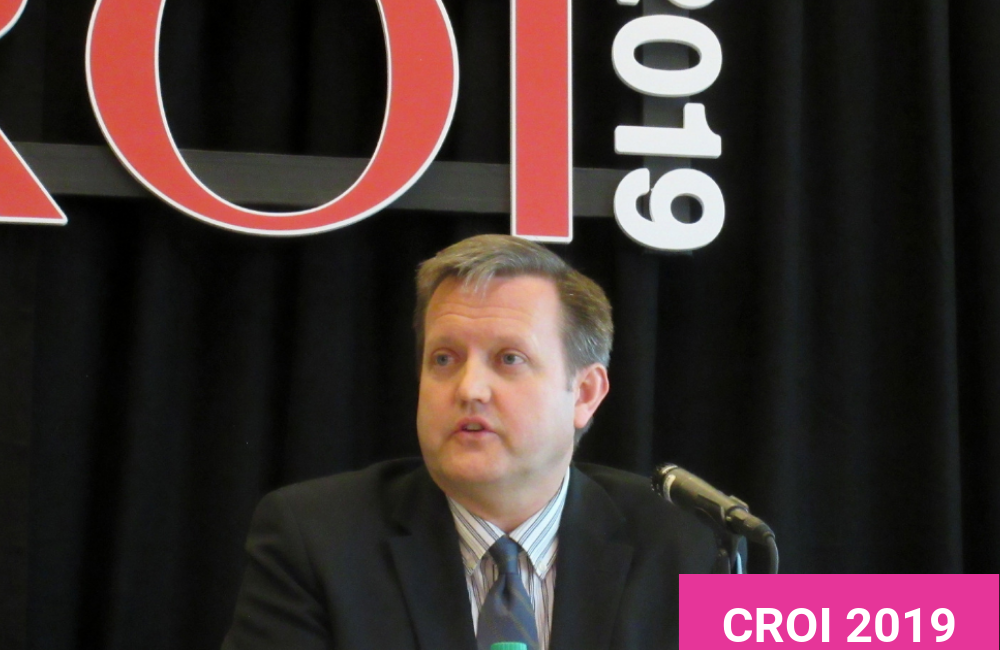 A daily pill containing the newer formulation of tenofovir in combination with emtricitabine (Descovy) had a comparable protective effect to the existing daily pill which contains the older tenofovir and emtricitabine (Truvada), Dr Brad Hare of the Kaiser Permanente San Francisco Medical Center told the Conference on Retroviruses and Opportunistic Infections (CROI 2019) in Seattle today. As expected, the newer formulation had better bone and kidney safety outcomes.

The only licensed medication for oral pre-exposure prophylaxis (PrEP) is a combination of tenofovir disoproxil fumarate (TDF) and emtricitabine, marketed by Gilead Sciences as Truvada, but also available in many countries as a generic product. TDF is highly efficacious and generally well tolerated, but is associated with kidney and bone abnormalities in a minority of people. It is not recommended for individuals with existing kidney problems.

Gilead has developed a new formulation, tenofovir alafenamide (TAF). It achieves high concentrations in tissues, but blood concentrations are typically 90% lower than TDF, therefore reducing the risk of bone and kidney problems. TAF is included in several combination pills used for antiretroviral therapy, including a dual pill of TAF and emtricitabine, marketed as Descovy.

Whereas inexpensive TDF/emtricitabine products are available from generic manufacturers in many markets, TAF/emtricitabine (Descovy) is a new product exclusive to Gilead Sciences that is protected by patent in high-income countries. For low and middle-income countries, TAF has been licensed to the Medicines Patent Pool, so affordable generic products should be made available.

In HIV treatment, TAF-based regimens have similar high virologic suppression rates and improved renal and bone safety as compared to TDF-based regimens. However, the efficacy and safety of TAF-based PrEP had not been tested until now.

Dr Hare presented the results of DISCOVER, a phase 3 randomised controlled trial to evaluate the efficacy and safety of TAF/emtricitabine for PrEP among men who have sex with men (MSM) and transgender women at risk of HIV infection.

The study’s primary endpoint was HIV incidence, with analysis pre-determined to be at the point in time when all participants had completed at least 48 weeks in the study and 50% had completed 96 weeks. This occurred in January 2019, with a total of 8756 person years of follow-up.

There had been 22 HIV infections. Fifteen cases appear to be due to low or minimal adherence. Five were probably due to an infection that had been acquired just before entering the study. Two men acquired HIV despite "adequate" drug levels, one in each arm.

Resistance testing identified four cases of resistance to emtricitabine, but all related to infections thought to have been aquired just before the study. Those acquiring HIV in the study were younger than the average participant, and more likely to have a rectal STI.

The incidence rate ratio for TAF/emtricitabine, compared to TDF/emtricitabine, was 0.47 (95% confidence interval 0.19-1.15). This indicates that there were fewer infections on TAF than on TDF, but the difference was not statistically significant – it could have happened by chance, and to some extent was due to the higher number of baseline infections in people on TDF. This means that TAF was demonstrated to be non-inferior to TDF in preventing HIV infection, but not superior to it.

As DISCOVER did not have a control group that only received a placebo, it is hard to compare these figures with what would have happened if no prevention interventions were offered. The researchers therefore report on surveillance data in the United States from the US metropolitan areas that overlapped DISCOVER study locations.

However, during questions and answers, Dr Kevin de Cock of the Centers for Disease Control and Prevention pointed out that the figures for background incidence had not been adjusted for the racial profile of DISCOVER participants (which was predominantly white). If it had been, the background incidence would be lower.

In terms of renal (kidney) safety at week 48, the median change in estimated glomerular filtration rate was an increase of 1.8 ml/min in the TAF arm and a decrease of 2.3 ml/min in the TDF arm. These changes were small but statistically significant. Markers of proximal renal tubular damage also favoured the TAF arm. Eight participants discontinued due to kidney issues (two in the TAF arm and six in the TDF arm, not a statistically significant difference).

These small changes in renal and bone biomarkers may not be clinically significant. In a press conference, Dr Hare said that for a trial to show a difference in clinical events (such as kidney disease or fractures) it would need to be several times larger than this one and last for much longer.

In a press release, Gilead announced it would now seek regulatory approval for the use of Descovy as PrEP.