A second woman may have cured herself of HIV – HIV update, 24 November 2021

A second woman may have cured herself of HIV

An Argentinian woman who has had HIV for at least the last eight years appears to have spontaneously cleared it from her body.

The 30 year old has been dubbed the 'Esperanza patient', after her home town. "It is perhaps not a coincidence that … Esperanza translates to 'hope' in English," commented the medical journal which published the case report.

This is the second case of an apparent self-cure. Two years ago it was reported that another woman living with HIV, Californian Loreen Willenberg, appeared to have achieved the same feat.

In both cases, researchers could find no trace of ‘replication-competent’ HIV genetic material in billions of cells taken from the subjects’ bodies. They found degraded and isolated sections of HIV DNA – which shows that the two women had indeed had HIV infections – but nothing that had the capacity to make new HIV viruses.

The two best-known cases of HIV cure are Timothy Ray Brown and Adam Castillejo. But these were cancer patients whose HIV cures involved bone marrow transplants. These are dangerous and expensive procedures reserved for patients failing conventional cancer treatment. More HIV-positive patients receiving them as attempted cures have died than been cured.

This is why spontaneous cures in people like Loreen Willenberg and the unnamed Esperanza patient may be more important.

Both these patients were elite controllers, the one-in-200 people who catch HIV but are able to stay healthy without needing to take HIV treatment, and who show no detectable viral load after initial infection.

It’s still not clear how they manage this feat, but the most important factor may be that they have unusually strong, speedy and specific cellular immune reactions to HIV infection. Their CD8 cells selectively kill off the T-cells in the body that contain replication-competent DNA.

Most elite controllers just manage to keep HIV infection smouldering at a very low level, and their immune control may eventually fail. But in a few rare cases all trace of infection appears to vanish, as in these two women.

This holds out the possibility that we might be able to induce the same kind of immune response in other people by giving them a vaccine – either in advance to prevent infection, or afterwards to cure it.

Elite controllers are not the only people who maintain undetectable viral loads off therapy. There is also a larger population of so-called ‘post-treatment controllers’.

These are people with a more typical history of HIV infection and who start HIV therapy – but who maintain undetectable or low HIV viral loads when, for one reason or another, they stop taking their HIV drugs. Coincidentally, the last case report of someone who stayed undetectable for many years despite stopping HIV treatment was also of an Argentinian woman.

Post-treatment controllers suggest that, even if the apparent cure achieved by Loreen Willenberg and the Esperanza patient needs special circumstances to work, something more like long-term remission off treatment may be possible for a larger group of people. 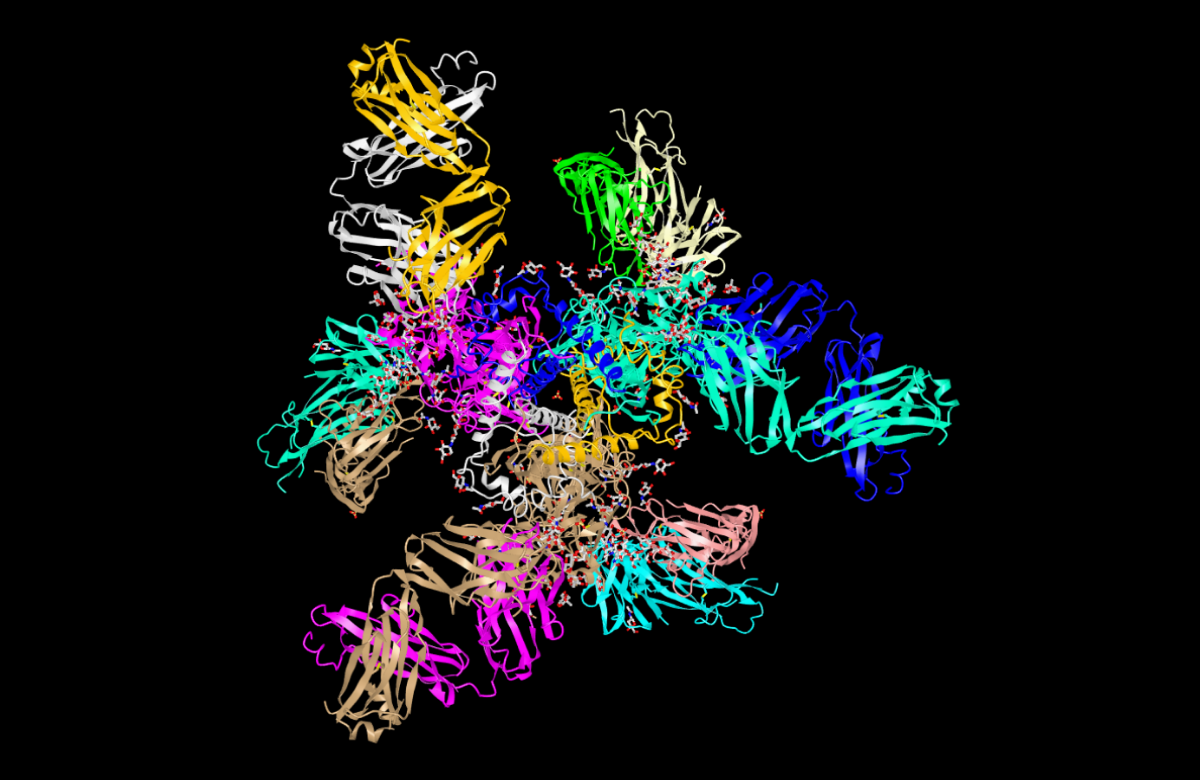 We have recently published a series of new pages on HIV vaccines on aidsmap.com. Find out why we have COVID vaccines but not HIV vaccines, why it is so difficult to make an HIV prevention vaccine, phases of clinical trials and the latest news on the development of HIV vaccines.

NHS clinics are expected to begin providing the new long-acting injectable treatments next spring. This follows a decision last week by the National Institute for Health and Care Excellence (NICE) to support their use in England and Wales. Last month, the Scottish Medicines Consortium, NICE’s equivalent north of the border, made a similar decision. Health services in Northern Ireland are expected to follow suit.

The injectable treatment is a combination of cabotegravir (Vocabria) and rilpivirine (Rekambys). In the UK, the injections will usually be given as separate injections of the two drugs in the buttocks every two months. They will be given by a healthcare professional; self-injection is not currently an option.

The injectables are a possibility for adults who are currently taking antiretroviral tablets, have an undetectable viral load and no evidence of resistance to the drug classes that cabotegravir and rilpivirine belong to. They are not licensed for first-line treatment.

However, the real-world availability of the new therapies will depend partly on the degree to which they cost more than standard HIV treatments. (The actual prices paid by NHS trusts for medications are rarely disclosed.) We can also expect the British HIV Association (the professional association of HIV clinicians) to develop national guidelines for their most appropriate use, while NHS trusts and hospitals will make their own decisions about patient criteria, budgets and logistical arrangements. As providing the injections involves frequent clinic visits (at least six a year) and dedicated staff, the number of people living with HIV who are offered them may be limited. 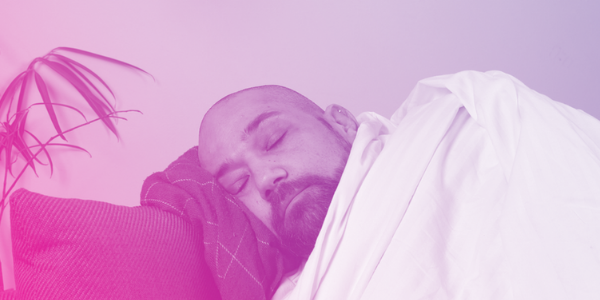 Sleep is essential to physical and mental health but many people have problems sleeping. Some research shows that up to 70% of people living with HIV have sleep problems compared to 30% in the general population.

Our updated page provides information on some common sleep problems and ways you can manage them, including a number of practical things you can do to sleep better.

We already know that people living with HIV are more likely to have weaker bones than people without HIV. Low bone mineral density or osteoporosis is the medical term for this condition. It means that the bones are less dense, have lost some of their strength and there is a greater risk of a fracture (a broken bone).

We also know that people lose their bone mineral density rapidly in the first few years after the menopause (when periods stop, often sometime between the ages of 45 and 55).

A recent US study of 158 women aged 40 to 60 looked at how these two issues interact. Around half were living with HIV and two-thirds were in late perimenopause or early post-menopause. The women all had DXA scans, which use a series of X-rays to measure bone mineral density at five sites, including the lower spine, hip and wrist.

The study confirmed that HIV and menopause stage are each independent risk factors for lower bone mineral density, with each having an additive effect. The lowest scores were seen among women living with HIV who were further along in menopause, and the highest scores in HIV-negative women who were earlier in menopause.

This shows the importance of taking care of your bone health in the years after menopause. Regularly getting some weight-bearing exercise, stopping smoking, drinking less alcohol, including calcium in your diet and getting enough vitamin D are lifestyle changes that can help your bones.

How should clinics screen for bone problems?

A second recent study looked into another aspect of bone health. Clinicians from the Chelsea & Westminster Hospital in London suggested that the way in which the British HIV Association (BHIVA) recommends bone health is assessed may be inadequate.

BHIVA guidelines say that all people living with HIV over 50 years of age are assessed using the Fracture Risk Assessment Tool (FRAX) to determine their risk of having a major fracture (broken bone) in the next ten years. This estimates future risk based on age, weight, lifestyle and medical history. If this assessment suggests someone is at increased risk, their bone density is measured with a DXA scan.

However, guidelines in some other countries recommend DXA scans for all people living with HIV over the age of 50 and everyone who has been through menopause.

The researchers looked at data from 744 people over the age of 50 to see if patients who had undergone DXA scanning that showed they had osteoporosis (low bone mineral density) would have met the criteria for a DXA scan based on initial FRAX score alone. According to the scan, 91 people had osteoporosis, but 90 of them were classed as ‘normal’ by FRAX.

One issue with this study is that the FRAX scoring system is not meant to identify osteoporosis, but is meant to be a tool to determine their risk of sustaining a major fracture. If, however, it is used as a proxy assessment for osteoporosis, this study would suggest that it underestimates the risk of having thinner bones in a considerable number of people with HIV. 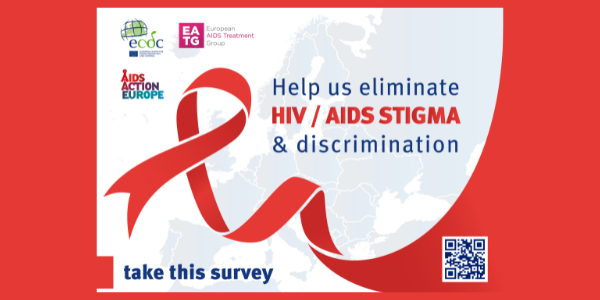 The European AIDS Treatment Group, AIDS Action Europe and the EU HIV/AIDS, Hepatitis and TB Civil Society Forum are working with the European Centre for Disease Prevention and Control to understand the experience of stigma for people living with HIV in Europe and central Asia.

Please can you help them by completing this survey? It's anonymous and confidential and should take 10-20 minutes to complete. The survey is available in 25 European languages.

Sadly, HIV discrimination still happens. Here's what to do if you experience it | TheBody

A recent nail-salon incident proves that HIV-phobia is alive and well, but you can take legal steps if you’re its victim.

As the UK Government finalises its National HIV Action Plan, Terrence Higgins Trust (THT) is calling for the plan to include a commitment to pilot PrEP provision in primary care, including in community pharmacies. THT has joined forces with National AIDS Trust (NAT), Prepster and the National Pharmacy Association to make this demand.

U=U, but let's not stigmatise being detectable | TheBody

For years, advocates have been raising concerns that some U=U messages potentially stigmatise those who are detectable. Where do we go from here?

Solved: The 40-year mystery of the first man to die of AIDS in Britain | ITV

He has remained a medical mystery since the day he died. ​He was never publicly named, and neither was the disease he died of.