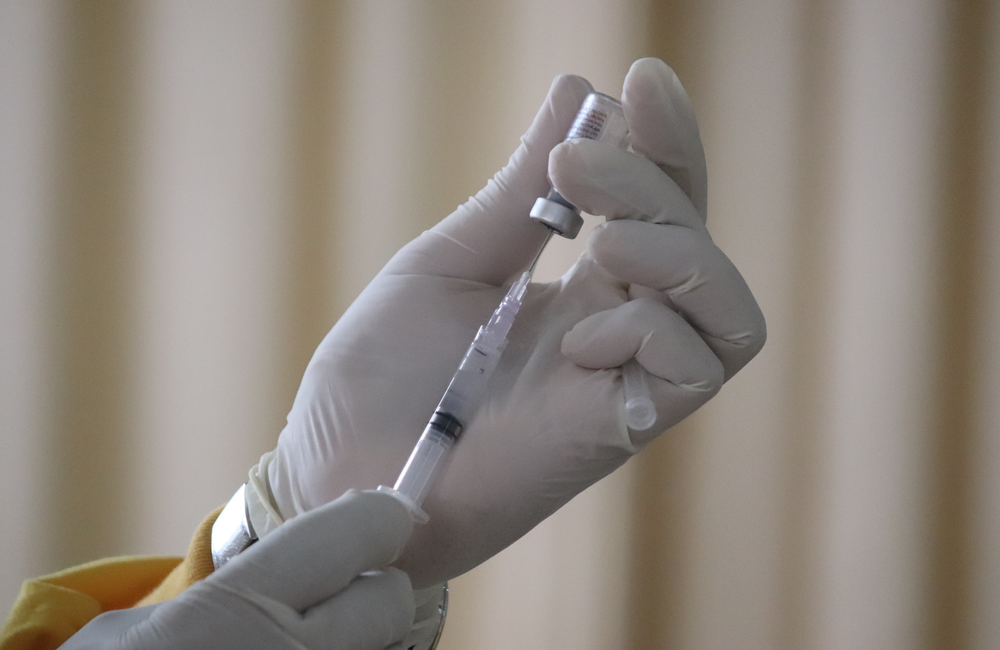 Yes, an mRNA vaccine might well work against HIV, and this technology is being explored in HIV vaccine research.

mRNA vaccines have several advantages over conventional ones. mRNAs are easy and quick to make. They do not themselves remain in the body very long, so are less likely to cause side effects: they do their job in eliciting an immune response and are then degraded. And they produce a strong response – so strong, in fact, that early mRNA vaccines were not safe enough to use, and much of the early work was devoted to making them less easily degraded and less toxic.

In  a phase I safety and immunogenicity trial in humans, the International AIDS Vaccine Initiative (IAVI) tested an mRNA vaccine. They announced that it produced strong anti-HIV antibody responses in subjects, stimulating the development of B-cells capable of producing the broadly neutralising ant-HIV antibody VRC01.

Meanwhile Moderna, who make one of the mRNA COVID vaccines, had originally been pursuing the development of an HIV vaccine of their own, but repurposed their research in order to make their COVID vaccine. Moderna subsequently decided to take the IAVI vaccine forward into other phase I human trials, combining the IAVI immunogen with their own mRNA delivery technology.

In January 2022, IAVI announced that the first subject in the IAVI/Moderna G002 study of this vaccine had received their first shot. This phase I safety and immunogenicity study involves 56 participants. Thirty-two will receive a prime and a boost vaccine containing different sections of mRNA, 16 will receive the prime alone, and eight the boost alone. The trial is due to end in April 2023. Follow-on efficacy trials will depend on immunogenicity results.

This is not the only mRNA HIV vaccine to be studied. At the 2021 CROI conference it was announced that an mRNA vaccine devised by the US National Institute of Allergies and Infectious Diseases, also in collaboration with Moderna, produced promising results in monkeys, preventing up to 88% of infections in a small group – though there were signs the vaccine’s efficacy might not last very long.

There have been some concerns expressed about mRNA vaccines because they sound like genetic engineering, with unfounded claims on social media that they will alter people’s DNA. But these vaccines do not alter people’s genes. Messenger RNAs, which is what the m stands for, are ubiquitous short strands of nucleic acid that, as the name suggests, are the cell’s messengers. They encode instructions from the DNA in cells’ nuclei and ferry them into the cytoplasm, where they instruct the cells to make specific proteins. They can’t act in reverse and alter your genes.#

In the case of the COVID vaccine, the mRNA instructs the cells to make large amounts of the SARS-CoV-2 virus’s spike protein. Effectively, instead of trying to introduce COVID proteins as a vaccine into the body, they induce the body to make its own vaccine.

In the case of HIV, because a wider variety of HIV proteins are needed in order to induce an adequate immune response, the IAVI/Moderna vaccine includes several different mRNAs that instruct the cell to make different components of HIV. The cell ‘knows’ how to assemble these into virus-like particles (VLPs) which it then send out into the body. However, because these lack the replication machinery of HIV, they cannot cause an infection.

The process from animal and phase I studies to efficacy always involves eliminating numerous unsuccessful candidates and approaches. It can take years or decades. Only trials will find out whether delivering an HIV vaccine in this form will create an immune response that is strong and broad enough to prevent or moderate HIV infection.

Next review date
This page was last reviewed in January 2022. It is due for review in November 2024.
Related topics
The search for an HIV prevention vaccine
Transmission & prevention
Facebook
Twitter
LinkedIn
Print
Subscribe to emails & news feeds