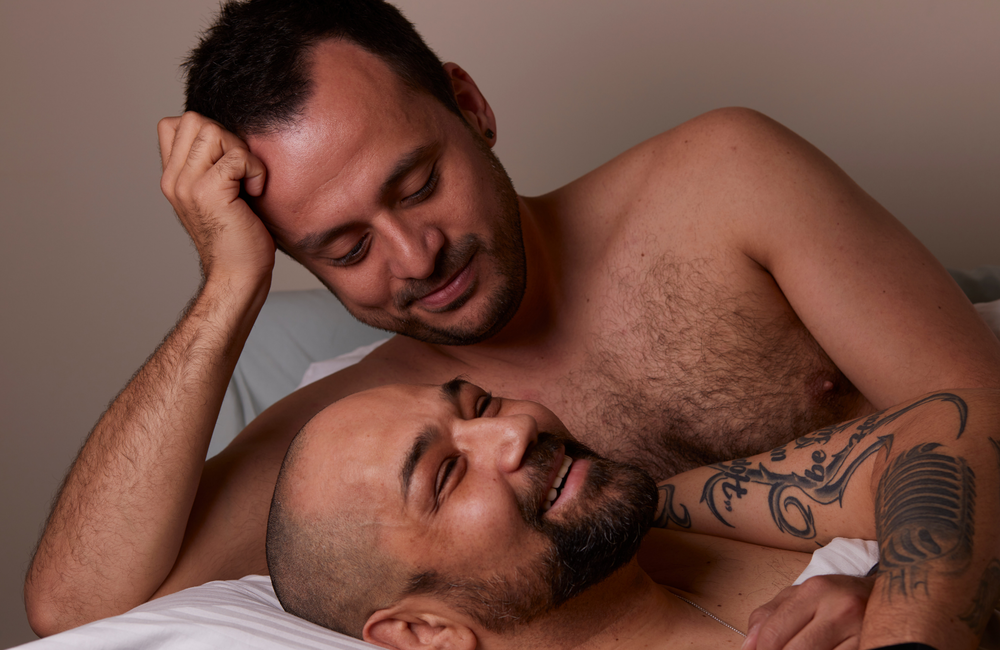 Doctors call this ‘virological suppression’ but it is often known as ‘having an undetectable viral load’ or ‘being undetectable’.

Having an undetectable viral load does not mean you are cured of HIV. If you stopped taking treatment, your viral load would increase and once again be detectable.

Having an undetectable viral load does mean that there is not enough HIV in your body fluids to pass HIV on during sex. In other words, you are not infectious.

For as long as your viral load stays undetectable, your chance of passing on HIV to a sexual partner is zero. As the campaign slogan puts it, 'Undetectable equals Untransmittable' or 'U=U'.

During the first few weeks after someone gets HIV, viral load is usually very high – typically several million ‘viral copies per millilitre of blood’ (copies/ml). There is a considerable risk of passing on HIV at this point. In fact, many people acquire HIV from someone who has only recently acquired it themselves (and does not know it).

After this period of early infection, viral load usually drops. A typical viral load in someone not taking treatment may be 50,000 copies/ml. There is still a considerable risk of passing HIV on.

You are recommended to wait until you’ve had at least two undetectable results in a row, over a six-month period, before relying on it. If you have maintained an undetectable viral load for at least six months and continue to have good adherence, the British HIV Association says that there is no risk of onward transmission of HIV.

BHIVA says consistent use of HIV treatment to maintain an undetectable viral load is a highly effective way to prevent the sexual transmission of HIV.

'Undetectable equals Untransmittable' has been a life-changing finding for many people living with HIV. It means that if you are on effective treatment with an undetectable viral load, you do not have to worry about passing on HIV through sex, even if you do not use a condom. 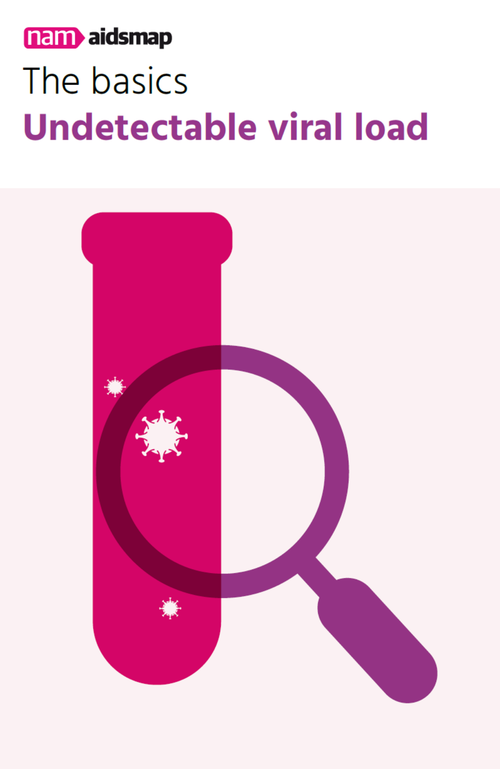 This has helped many people living with HIV have more fulfilling sex lives and less anxiety around sex.

However, the law on HIV may not have caught up with the science. In some countries, condomless sex without disclosing your HIV status is a criminal offence, regardless of the likelihood of HIV transmission. For information on specific countries, visit our page on criminalisation laws around the world.

How do I explain this to a sexual partner?

If you have sexual partners who are not living with HIV, explaining U=U to them is likely to be mutually beneficial. If you had previously relied on other means of preventing HIV transmission (such as using condoms or PrEP), you may jointly decide that these methods are no longer necessary because of U=U.

It may take some time for an HIV-negative partner to accept the U=U message and to rely on it as the sole method of preventing HIV. Some HIV-negative people may reject the message or deny its accuracy. It may be helpful to direct your partner to information resources that explain the accuracy and significance of U=U. NAM has also produced a page for people who don’t have HIV to help them understand the impact of an undetectable viral load on HIV transmission.

Another option could be for your partner to hear about U=U from a healthcare worker or another reliable and trusted source.

"For as long as your viral load stays undetectable, your chance of passing on HIV to a sexual partner is zero."

Despite sharing this information, some people may still not accept that U=U. In this kind of situation, it is important to find a balance between providing your partners with information and taking care of yourself.

While remaining undetectable is one way you can ensure that you do not pass HIV on, your sexual partners may also have other sexual partners and it is important for them to be aware of how they could contract HIV outside of your relationship, possibly from someone who does not know that they have HIV. In these instances, prevention methods such as condoms or PrEP may still make the most sense for someone who is HIV-negative.

Many people find it difficult to talk about sex, even with the person who is closest to them. If this is the case, you might want to discuss your concerns with someone at your HIV clinic, sexual health clinic or a support organisation. This can help you clarify your thoughts and what you’d like to say.

It is important to remember that while HIV treatment will protect your partners from your HIV, it does not protect them or you from other sexually transmitted infections (STIs). For this reason, regular sexual health check-ups are recommended. Using condoms will help prevent STIs.

Another concern is whether having a STI could lead to an increase in viral load. This does happen to people with HIV who are not taking treatment: for instance, syphilis can double your viral load. HIV-negative partners are also more likely to get HIV if they have an STI.

If you maintain good adherence to HIV treatment, catching an STI will not raise your viral load from ‘undetectable’ to ‘detectable’. Effective treatment prevents sexual transmission of HIV even if there are other STIs present.

If I have a viral load ‘blip’, could I pass on HIV?

For example, your viral load may temporarily rise to 60 copies/ml or 150 copies/ml. This should not be a cause for concern.

Remember that in the PARTNER and Opposites Attract studies, ‘undetectable’ was defined as below 200 copies/ml. These studies showed that transmission does not occur below this level.

However, a blip could indicate a problem if it happens around the same time as missed or late doses of your medication, or if your viral load stays above detectable on two consecutive tests.

About one in six people on their first HIV treatment regimen either never have an undetectable viral load or their treatment stops working in the first year. During the second year on treatment, the chance of your therapy ceasing to work is about one in twenty and this declines further over the next decade to about a one-in-fifty chance of failure in any one year.

So, the longer you’ve been on a particular HIV therapy, the less likely it is to stop working. Almost everyone who goes on to a second or third regimen reduces their viral load to an undetectable level.

If someone’s treatment does not result in viral load becoming undetectable, this is usually because they are having problems taking their treatment as prescribed, i.e. they don’t take all their pills at the right time, without missing doses. Occasionally missing a dose of medication is unlikely to cause your viral load to become detectable again, but frequently missing doses may lead to a detectable viral load and should be avoided.

If you are having problems sticking with your treatment, talk to your doctor and they may be able to find a drug combination that suits you better.

During breastfeeding, an undetectable viral load greatly reduces the risk of passing HIV on, although it does not completely eliminate this possibility. In the UK and other countries where clean water and sterilising equipment are available, bottle feeding with formula milk is the safest way to feed your baby.

If you use injection drugs and share needles or other equipment, taking HIV treatment and having an undetectable viral load greatly reduces the risk of passing HIV on, but we don’t know by how much.

What does undetectable mean?