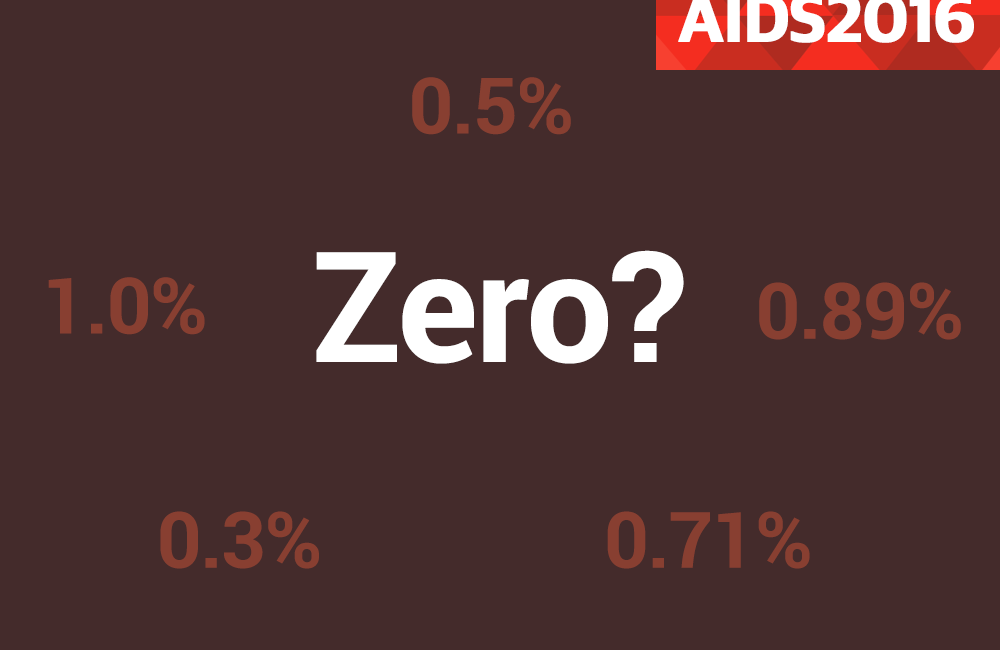 The PARTNER study, which two years ago created headlines by establishing that the chance of an HIV-positive person with an undetectable viral load transmitting their virus was very low and quite possibly zero, released new data at the 21st International AIDS Conference (AIDS 2016) that further refined this estimate.

In 2014 the study found no HIV transmissions between 767 serodiscordant couples, who between them had condomless sex an estimated 44,400 times, where the HIV-positive partner had a viral load under 200 copies/ml.

The study involves 75 clinics in 14 European countries. Blood tests and behavioural data are collected every 4 to 6 months. In order to be eligible for the study during each 4 to 6 month period, the couple has to report condomless sex with each other, without using post-exposure prophylaxis (PEP) or pre-exposure prophylaxis (PrEP), at least once during this time, and the HIV-positive partner has to maintain a viral load below 200 copies/ml. Fifty-five (6.2%) of the 888 HIV-positive partners reported a detectable viral load at some point in the study.

Self-reported viral load tended to underestimate viral suppression: 6% of gay men, 13% of heterosexual men and 16% of women thought they had a detectable viral load or did not know it when they were, in fact, undetectable.

Thus in 2014 the highest-likely estimate for the chance of between-couple transmission via any sex was 0.5%; the new data narrows this ‘upper confidence interval bound’ to 0.3%. But it is important to keep in mind that, as presenter Alison Rodger said, zero transmissions means that “the estimated rate of transmission is zero”.

There were eleven new HIV infections in the HIV-negative partners during the study, ten in gay men and one in heterosexuals. But genetic sequencing showed that in every case, the virus acquired by the HIV-negative partner was quite different from their partner’s virus – in two cases, it was a completely different HIV subtype. Eight out of the eleven people who were newly infected reported that they had recently had condomless sex with someone outside the main relationship.

The higher number of infections in gay men is no surprise; 33% of them reported condomless sex with people outside their relationship versus 4% of heterosexuals, and 17.5% of gay men were diagnosed with an acute sexually transmitted infection in the last reporting period compared with 6% of heterosexuals.

“On the basis of this data,” presenter Alison Rodger of London's Royal Free Hospital commented, “We can fairly safely say that the chance of transmission from a virally-suppressed HIV-positive person during heterosexual sex is negligible."

“However,” she added, “We need to collect more data on gay men before saying this with the same degree of certainly”.

PARTNER will continue till 2017 and its final data will be presented in 2018; unless an unexpected transmission happens, this should further reduce our uncertainty about the true chances of transmission by someone with an undetectable viral load.

A free full-text version of these findings is published in the Journal of the American Medical Association: see http://jama.jamanetwork.com/article.aspx?articleid=2533066