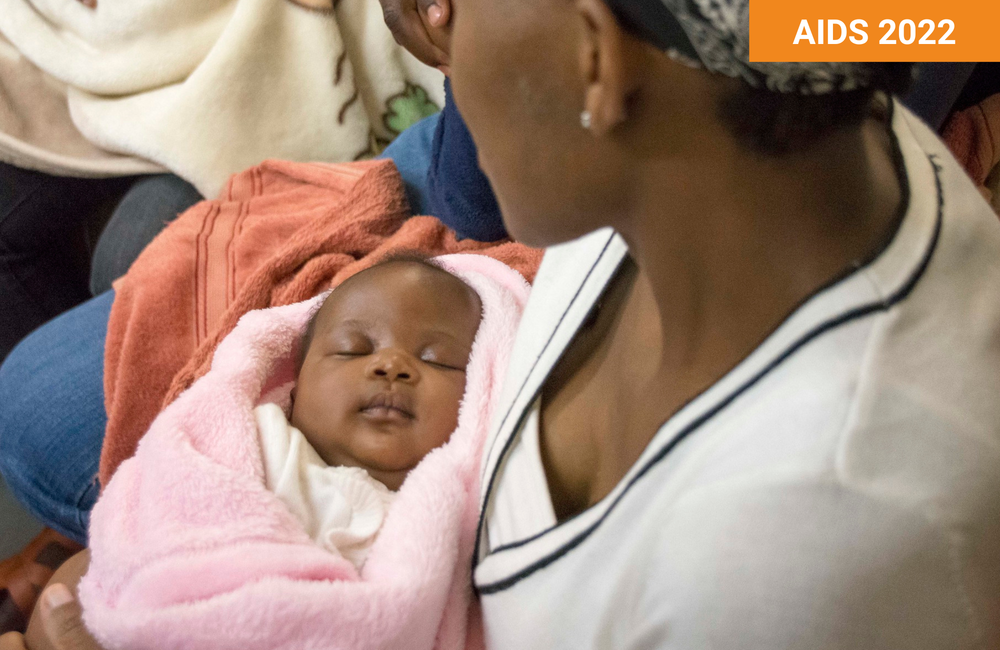 If broadly neutralising antibodies are 70% effective at preventing transmission via breastmilk after birth, and cost US $20 per dose, then they would be cost-saving if given to the babies of mothers known to have HIV before delivery in three different countries – Côte d’Ivoire, Zimbabwe and South Africa. In South Africa they would be cost-effective even if given to all newborn infants, regardless of the mother’s HIV status.

These are the outcomes of a cost-effectiveness model presented by Dr Caitlin Dugdale of Massachusetts General Hospital at the recent 24th International AIDS Conference (AIDS 2022). The modelling study was supported by PEPFAR, the President's Emergency Plan for AIDS Relief, the world’s biggest HIV funder.

So far, broadly neutralising antibodies (bNAbs) have not been used to prevent vertical (mother-to-baby) HIV transmission in humans. The assumption in the model that it might be effective rests on three pieces of data.

Firstly, a single bNAb (VRC01) has have successfully prevented HIV acquisition, at least of the less transmissible types of HIV, in adults, in the AMP study.

Secondly, a combination of two bNAbs has been used instead of ART to suppress viraemia in HIV-positive infants, with a response rate of 44%.

Taken together, an optimistic reading of the data would conclude that it may soon be possible to prevent transmission via breastfeeding using a double bNAb combination with either one or multiple shots. As well as assuming 70% efficacy, the model assumes that this efficacy level is sustained for three months per shot.

The base-level scenario cost of $20 per shot was estimated by combining several studies of the cost of different models of mother-and-baby care with cost modelling done by the WHO of a fair cost for COVID vaccines.

The three countries were Côte d’Ivoire, with 2.6% HIV prevalence in pregnant women, Zimbabwe, with 12.3% prevalence, and South Africa, with 33% prevalence. The cost-effectiveness threshold was defined as less than or equal to 50% of the annual GDP per capita per life-year gained, as it was in this study of injectable PrEP cost-effectiveness.

This meant that the cost-effectiveness threshold was lowest in Zimbabwe at $607, highest in South Africa at $2828, and around halfway between in Côte d’Ivoire at $1163.

Dr Dugdale did not attempt to present all 81 scenarios, only those that offered the most significant combination of efficacy and cost-effectiveness for each country.

Giving the bNAb shots to the babies of all mothers known to have HIV for 15 months was cost-saving.  In other words it was unnecessary to restrict the bNAbs only to babies born to mothers thought to be at high risk of transmitting HIV, and it would also be unnecessary to lower costs by having fewer doses.

Broader coverage, i.e. to all newborns, was not cost-effective in either Côte d’Ivoire or Zimbabwe. The nearest approach was that in Zimbabwe, bNAbs given to babies of all HIV-positive mothers plus one post-birth shot for all newborns would cost $1731 per life-year saved, but this was more than twice the cost-effectiveness threshold.

In South Africa, however, adding in the one shot at birth for all newborns would cost $606 per life-year saved and only $882, less than a third of that county’s cost-effectiveness threshold, even if all newborns were given the bNAbs for 15 months.

Giving the bNAbs to all babies of HIV-positive mothers would reduce the rate of vertical transmission by 24% to 27%, depending on the country, and giving them to all newborns would cut vertical transmission by 35.5% in Côte d’Ivoire, 40% in Zimbabwe and 43% in South Africa. In absolute terms, in South Africa this means that HIV incidence in infants would fall from 4.4% without any preventative measures for babies to 2.5% with universal coverage.

Sensitivity analyses showed that In South Africa, because HIV prevalence is higher and so is the cost-effectiveness threshold, giving bNAbs to all babies would be cost-effective at $20 a dose even if their efficacy at preventing HIV was as low as 30%.

In Cote d’Ivoire and Zimbabwe, bNAbs as prevention would generally be cost-effective only if given to mothers known to have HIV, though in Zimbabwe, giving two doses – at birth and three months of age – to all babies would be cost-effective if the cost per dose was as low as $5, or at a cost of $10 if efficacy was 80%.

Conversely, no strategy would be cost-effective if the cost per dose was over $60, even in South Africa, or if it was over $40 in the other two countries.

Dr Dugdale acknowledged that the model was based on efficacies that were as yet unknown and on coverage that might be heavily dependent on international funding. But she added that not only the cost savings but the clinical impact of cutting vertical transmission by as much as 43% “should motivate further bNAb research and development.”

28 July 2021
The search for an HIV prevention vaccine

The outcome underscores the difficulty of inducing protective immunity against HIV compared to other pathogens, and highlights the importance of making effective biomedical prevention options accessible to those in need, including women in the communities where Imobokodo took place.
TAG HIV Basic Science, Vaccines, and Cure Project Blog
14 Sep 21
HIV prevention policy

Trials of an injectable antiretroviral and infusions of a single HIV antibody for HIV prevention have recently come to fruition. Results from these studies, and how the field acts on them, may have important implications for future HIV prevention efforts. This special report identifies the main issues the field is contemplating in the aftermath of these trials.
IAVI
10 May 21
Antibody-based prevention

We know antiretroviral therapy can prevent HIV infection, but can natural biological substances do the same? The results of a recent scientific trial have answered this question: Yes, using broadly neutralising antibodies. But what are broadly neutralising antibodies? How do they work? And when will the average person get access to them? Amy Green breaks down the science.
Spotlight
8 Feb 21
Antibody-based prevention

The study showed that just as combinations of different antiretroviral drugs are needed to treat HIV, combinations of more potent antibodies — including some discovered since the AMP study launched — might be able to prevent it. Early trials testing such antibody cocktails in human volunteers are already underway.
Fred Hutch
27 Jan 21
Antibody-based prevention

It has taken more than 4 years and $119 million for HIV researchers to test whether giving people infusions of antibodies made in a lab can protect them from the AIDS virus. Now, the unsatisfying answer is in: sometimes.
Science
26 Jan 21
More editors' picks