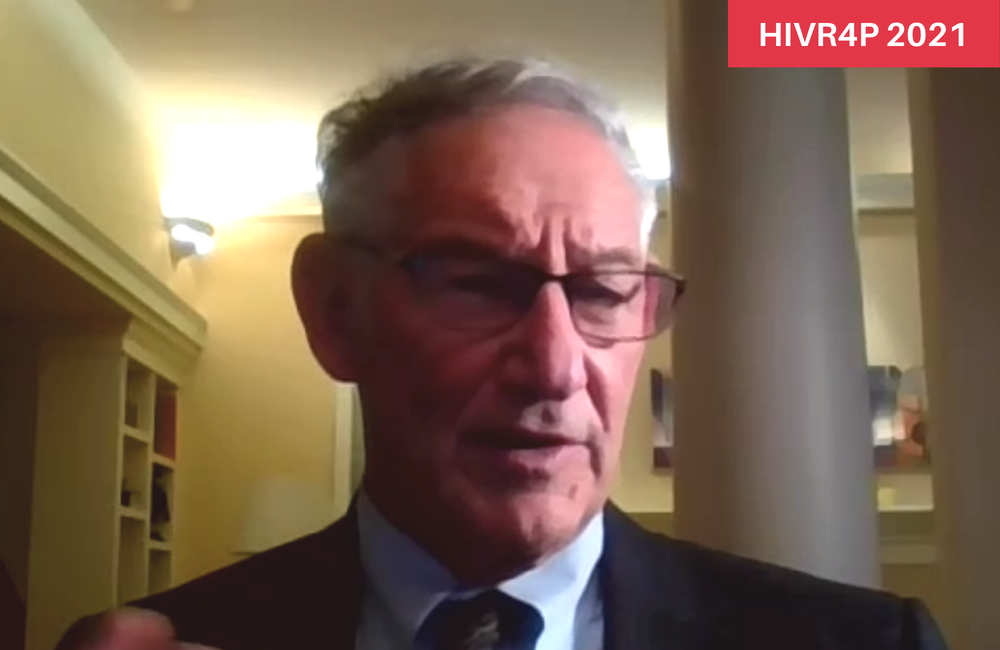 Two years ago, at the HIV Research for Prevention (HIVR4P) conference in Madrid, Professor Lynn Morris of the South African National Institute for Communicable Diseases made a prediction about the AMP (Antibody-Mediated Protection) studies. The two studies are the first large studies using infusions every two months of a so-called broadly neutralising antibody (bNAb) called VRC01 as a medication to prevent infection.

Morris said: “There is currently a lot of debate about whether one antibody will be enough to do the job.”

At the HIVR4P virtual conference yesterday – planned for Cape Town, but now happening on computer screens worldwide – that debate was answered. VRC01 was not enough to do the job. The overall reduction in HIV infections, compared to placebo, was 19%, and this reduction was some way off statistical significance, so scientifically speaking did not count as a reduction at all. This result bore out Lynn Morris’s doubts – but were more disappointing than expected.

So why were the AMP studies still hailed as a 'game changer?' The VRC01 antibody did produce a 75% reduction in the number of infections in the type of viruses that were most sensitive to this particular bNAb. As these represent less than a third of circulating viral varieties, VRC01 cannot be used as a solo prevention drug.

But, for the first time, scientists have a very precise threshold for its efficacy and know that it will contribute to prevention regimens using combinations of bNAbs – combinations that are currently undergoing trials.

Broadly neutralising antibodies are unusual antibodies that develop in a minority of people chronically infected with HIV and have features that circumvent the strategies HIV uses to shrug off the body’s natural antibody response.

The two AMP studies randomised a total of 4600 people to receive either one of two doses of VRC01 or a placebo. The HVTN 704 trial involved 2700 gay and bisexual men and transgender women in the Americas, and HVTN 703 recruited 1900 cisgender women in sub-Saharan Africa.

The potency of antibodies is measured in so-called titres, which are the concentration of antibodies in the blood that are needed to reduce the infectivity of a particular viral strain – in this case, by 80% (the so-called IC80). The higher the titre, the wider the range of viruses that are inhibited by the antibody.

At the start of the AMP trials, the researchers hoped that strains of HIV with an IC80 of less than 10 micrograms per millilitre would be neutralised by VRC01. This would represent 65 to 81% of circulating viral variants, as measured by so-called ‘panels’ of different viruses taken from patients in different parts of the world.

In the event, however, a significant difference in infections between people receiving VRC01 and ones receiving placebo was only seen in patients infected with viruses with an IC80 below 1 microgram per millilitre. This only represents the most ‘sensitive’ 30% of viral variants.

Because the proportion of sensitive viruses differed between the two studies, this meant VRC01’s efficacy differed: it prevented 26.6% of infections in the HVTN704 trial in gay men, but only 8.8% of infections in the women’s HVTN703 trial. Averaged out, the overall efficacy was 19.25%, and this was not statistically significant.

As indicated, while the AMP results were disappointing, they still represent an advance.

Principal investigator Professor Larry Corey told aidsmap.com: “We now have a marker of success for the use of bNAbs as prevention measures, and it does confirm that we will need cocktails of these antibodies, rather than individual ones, to neutralise the majority of viral isolates.

"The VRC01 antibody did produce a 75% reduction in the number of infections in the most sensitive viruses."

Up until now, finding and purifying these rare antibodies that have so much potential as components of novel HIV treatment and prevention combinations has been down to chance. Their production has been a complex business of extracting them from mixtures of antibodies – which implies expense.

Another study presented at the HIVR4P opening press conference has found a way to get the B-cells of the immune system – the ones that produce antibodies – to produce bNAbs in large amounts and of greater purity than before.

Dr Emilie Seydoux of the Fred Hutchinson Research Center in Seattle presented her team’s work on so-called ‘anti-idiotypic monoclonal antibodies’ (AI-mABs) that bind to the B-cells themselves. They can be ‘tuned’ to stimulate the proliferation of extremely specific B-cells that only produce one kind of antibody. In experiments in mice, by using a combination of two of these antibodies, they managed to induce a proliferation of VRC-01 producing B-cells. These AI-mABs could also be used as a vaccine to induce a finely tuned response to HIV.

The outcome underscores the difficulty of inducing protective immunity against HIV compared to other pathogens, and highlights the importance of making effective biomedical prevention options accessible to those in need, including women in the communities where Imobokodo took place.
TAG HIV Basic Science, Vaccines, and Cure Project Blog
14 Sep 21
HIV prevention policy

Trials of an injectable antiretroviral and infusions of a single HIV antibody for HIV prevention have recently come to fruition. Results from these studies, and how the field acts on them, may have important implications for future HIV prevention efforts. This special report identifies the main issues the field is contemplating in the aftermath of these trials.
IAVI
10 May 21
Antibody-based prevention

We know antiretroviral therapy can prevent HIV infection, but can natural biological substances do the same? The results of a recent scientific trial have answered this question: Yes, using broadly neutralising antibodies. But what are broadly neutralising antibodies? How do they work? And when will the average person get access to them? Amy Green breaks down the science.
Spotlight
8 Feb 21
Antibody-based prevention

The study showed that just as combinations of different antiretroviral drugs are needed to treat HIV, combinations of more potent antibodies — including some discovered since the AMP study launched — might be able to prevent it. Early trials testing such antibody cocktails in human volunteers are already underway.
Fred Hutch
27 Jan 21
Antibody-based prevention

It has taken more than 4 years and $119 million for HIV researchers to test whether giving people infusions of antibodies made in a lab can protect them from the AIDS virus. Now, the unsatisfying answer is in: sometimes.
Science
26 Jan 21
More editors' picks