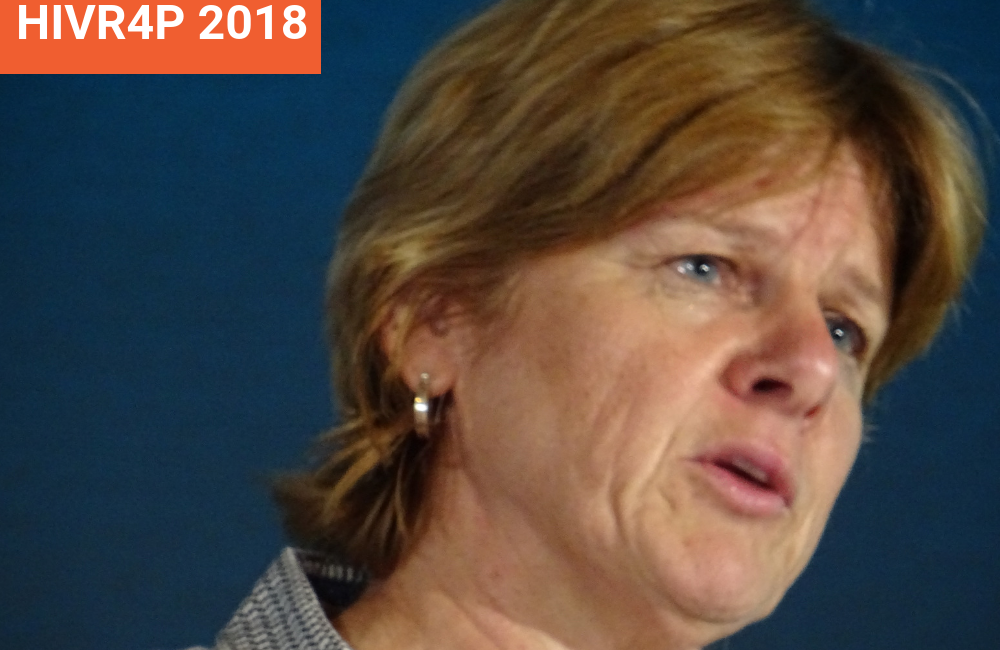 The HIV Research for Prevention conference (HIVR4P 2018) in Madrid last week was dominated by studies of one type of molecule – broadly neutralising antibodies (bNAbs). These complex molecules, which develop in some people with HIV after years of infection, are natural entry inhibitors, stopping the virus from attaching to and infecting cells.

Many kinds of antibodies act as ‘red flags’ alerting other parts of the immune system to the presence of HIV, and tagging infected cells for destruction. But they cannot be used widely as treatments or for prevention, as they arise in response to very specific viruses and are quickly rendered ineffective by HIV’s high mutation rate, and also by the defensive shield of sticky molecules it uses to shield itself from immune attack.

Broadly neutralising antibodies, as their name suggests, have evolved to get through these defences and attack highly conserved parts of the virus – parts of its proteins that are important to its functioning and which it finds difficult to alter.

The HIVR4P conference heard about a large number of studies of bNAbs. They can be infused ‘passively’, i.e. made outside the body and given in drips as long-lasting drugs. If this sounds like cancer therapy, it is, as antibodies that seek out and destroy rogue cells have become the mainstay of new-generation cancer treatments.

The reason researchers are interested in bNAbs for HIV is not only because they could treat virus resistant to other kinds of drugs – which they could. Neither is it simply because a single infusion of antibodies can last weeks in the body – though it can, and bNAbs are therefore of interest as a kind of new-generation pre-exposure prophylaxis (PrEP).

It is also because of the way they alert other parts of the immune system, in processes called ADCC or ADCP (antibody-directed cell-mediated cytotoxicity or phagocytosis), whose effect can be maintained for long after they have disappeared from the body. There was further data at HIVR4P from a treatment study already published in September, which found that some people given a combination of two bNAbs were able to maintain undetectable viral loads for several months after the last dose of bNAbs without having to use conventional HIV drugs.

Most exciting is the possibility that – since they arise naturally in response to infection – a finely tuned vaccine could induce people to make their own bNAbs. In theory a bNAb-stimulating vaccine could prevent HIV infection altogether. Almost as good would be a therapeutic vaccine which, given after infection, could maintain such a high level of immune suppression that HIV infection goes into permanent remission.

Such possibilities are largely at the preclinical stage, with studies ‘reverse engineering’ bNAbs to find what pattern of genetic changes in the B-cells that make antibodies are needed in order for them to be produced (Shen). Another study (Thomas) performed the same reverse-engineering method to see what genes had to change in order for monkeys to develop protection against HIV in precursors to the RV144 vaccination trial, now used as the basis for the vaccine in one of the current HIV vaccine studies, Uhambo (HVTN 702).

However, the conference did hear about one study that used sophisticated gene therapy to induce monkeys to make their own bNAbs and produced an apparently functional cure in one monkey – see this report.

The AMP study – and its successors

Researchers are not waiting, however, to test the prevention potential of bNAbs in large-scale studies.The AMP (Antibody-Mediated Protection) studies are the first large studies of a bNAb for prevention. They have been going since 2016 and results are anticipated by late 2020.

Professor Lynn Morris of the South African National Institute for Communicable Diseases described these two phase IIb trials, which together have randomised a total of 4600 people to receive either one of two doses of a bNAb called VRC01 or a placebo. The HVTN 704 trial involves 2700 men who have sex with men and transgender women in the Americas. HVTN 703 is recruiting 1900 cisgender women in South Africa.

There will be a total of 1534 people in each of the three arms, between the two trials. Results should be known by the next HIVR4P conference, in Cape Town in 2020.

Obviously the study’s big hope is that VRC01 – one of the first and best-studied of the bNAbs – will prove to have significant prevention efficacy of its own. But, as Lynn Morris said, “There is currently a lot of debate about whether one antibody will be enough to do the job.” A combination of antibodies may be required.

So far, however, studies of single bNAbs have found that the ‘breadth’ of the broadly neutralising antibodies is not sufficient to cover all HIV viruses. A high proportion have pre-existing resistance to some, or develop it during trials. Other antibodies are able the neutralise most strains of HIV, but impractically large doses are needed to cover them all.

In another presentation, Amarendra Pegu of the Vaccine Research Center of the US National Institute of Allergies and Infectious Diseases (NIAID) commented that “with bNAbs there is usually a trade-off between breadth and potency.”

With VRC01, for instance, Lynn Morris said that test-tube studies indicate that at trough level – the lowest anticipated level the bNAB reaches before its next three-monthly dose – the higher dose (30 milligrams per kilo of body weight (mg/kg) will maintain efficacy against 93% of a panel of clade B viruses, the subtype of HIV generally seen in men who have sex with men in higher-income countries.

Even at this higher dose, however, it is only expected – on the basis of previous studies – to neutralise 73% of viruses of clade C, the subtype most common in southern Africa. And at the lower dose of 10mg/kg, it is predicted that only 82% of clade B and 58% of clade C will be neutralised.

Because of this, it is anticipated that AMP will not be the last of its type. Further studies are planned or already underway that will feature double combinations of bNAbs.

Amarendra Pegu said that two of the most potent antibodies were called PGT121 and CAP256.VRC26.25. They are effective at blood levels of only 0.02 micrograms (20 nanograms) per millilitre of plasma – but only neutralise less than 50% of HIV viral types each.

Conversely, an antibody called VRC07-523LS can neutralise 98% of viral isolates – but needs to maintain a blood level 20 times greater than the other two antibodies to do so (though this is still better than VRC01). Another called 10E8v4 has neutralised almost 100% of viruses, but only at levels five times higher than VRC01.

As a result the AMP discovery pipeline includes studies of duos of these and other bNAbs. One study, HVTN130, is looking at a triple combination of VRC07-523LS, PGT121 and a third antibody called PGDM1400 with is moderately potent (72% of viruses neutralised) at relatively modest does (about 0.05 microgrammes per millilitre).

As can be seen, bNAb research involves testing a confusing ‘alphabet soup’ of newly discovered antibodies to see how potent and broad-spectrum they are. One of the interesting aspects of the AMP studies is that if people’s HIV virus does develop resistance to VRC01, the number of participants is large enough to be able to map the different 'escape' mutations that have arisen, how easily they arise, and how easily specific viruses develop resistance. This means that people's HIV can be tested for its likely susceptibility to bNAbs and the ease with which it might develop resistance – and bNAbs for the ease with which HIV is likely to develop resistance to them. In future this should aid more methodical discovery, usage and design of bNAbs.

Morris L. Antibody Mediated Protection (AMP): where are we? Which antibodies to use and how will we know if it´s working? HIV Research for Prevention conference (HIVR4P 2018), Madrid, October 2018, symposium presentation SY01.02.