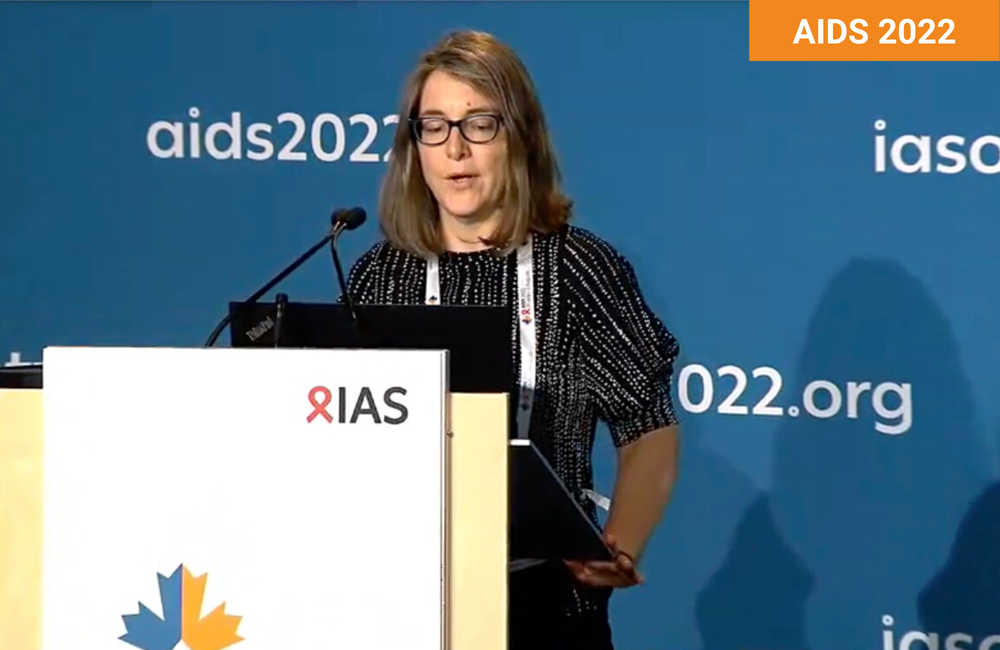 In the setting of the South African HIV epidemic, long-lasting injectable PrEP using the antiretroviral drug cabotegravir (CAB-LA) cannot cost more than US$15 per injection in conditions of lower coverage, or $9 per injection in conditions of high coverage, if it is to be cost-effective compared to using oral tenofovir disoproxil/emtricitabine (TDF/FTC), the 24th International AIDS Conference (AIDS 2022) in Montreal heard this week.

The cost-effectiveness study was presented by Dr Gesine Meyer-Rath of the Health Economics and Epidemiology Research Office (HE2RO) of the University of the Witwatersrand in Johannesburg.

Meyer-Rath and colleagues incorporated these data into a model based on the South African epidemic, which compared the cost and cost-effectiveness of oral and injected PrEP.

They modelled two levels of coverage (the proportion of people using PrEP): medium and high. These varied according to the type of PrEP and by population. Built in was an assumption that eventually CAB-LA would prove to be more popular than oral PrEP.

So medium coverage for TDF/FTC was assumed to be 5% in adolescent girls and young women and (heterosexual) adolescent boys and young men, but 15% in female sex workers, gay men and transgender women. High TDF/FTC coverage for the same groups was 10% and 20% respectively. It was assumed (on the basis of studies and demonstration projects) that the average duration of PrEP use for oral PrEP would be relatively short: eleven months for gay men and trans women, and five months for other groups.

With CAB-LA, the model also varied the duration of PrEP use. ‘Minimum duration’ was the same as for oral PrEP; 'maximum duration’ was one year for all groups except gay men and trans women, for whom it was two years.

Coverage was higher than for oral PrEP. Medium coverage at minimum duration was 10% for young women, 20% for young men, and 25% for female sex workers, gay men and trans women. High coverage was twice that (respectively 20%, 40% and 50%).

The model included drug prices for oral TDF/FTC PrEP based on current South African prices (“About as low as you can get anywhere”, commented Meyer-Rath) and then set five price levels for CAB-LA, at one to five times the price for generic oral PrEP.

The costs for both kinds of PrEP included staff, training and information/promotion materials; the cost for CAB-LA added staff time for injections but excluded creatinine testing for TDF-related kidney problems. Costs for gay men and transgender women also included tests for syphilis, but not other sexually transmitted infections.

This meant that the annual costs differed between TDF/FTC and CAB-LA even if the drug price was the same. They were also different per population.

For gay men and trans women, the annual cost per year was $116 for oral PrEP and (assuming the same drug cost) $122 for CAB-LA. But it was lower – largely because of assumed lower duration of coverage – for young men, young women and female sex workers at $76-78 for TDF/FTC and $78-81 for CAB-LA.

The results – cases, deaths and ART

Even without PrEP, it’s predicted that the annual incidence of HIV in South Africa will decline from 0.39% to 0.17% between now and 2041, or from one infection a year in every 256 people to one in 588. This is largely because of the impact of people with HIV taking antiretroviral therapy to suppress the virus (treatment as prevention).

Adding in oral PrEP will only slightly lower incidence, down to 0.15% a year or one infection a year in 667 people if coverage is high. Substituting oral with injected PrEP will further bring down incidence, to 0.13% with high coverage and minimum duration (one infection per year in 770 people) or 0.10% with high coverage and maximum duration – down to one case in a thousand people a year, which is UNAIDS’ defining threshold for the elimination of the HIV epidemic.

Keep in mind, though, that this would require a third of all young men, 60% of all young women, and two-thirds of gay men and trans women to be on PrEP.

It looks a bit more impressive to talk about HIV infections avoided – the ones that don’t happen. With oral PrEP, 8900 infections a year would be avoided with medium coverage or 16,300 a year by 2041. The number of infections averted would initially increase from zero quite fast but would plateau by the mid-2030s, because an increased number of people living with HIV would tend to cancel out the effect of TDF/FTC PrEP.

In contrast, high coverage of injected PrEP, even with minimum duration, would, by 2028, avoid 42,000 infections a year, and with maximum duration would avoid 52,000. In addition, the annual number of avoided infections would start to decline after 2030, because so many infections avoided would reduce prevalence.

The number of AIDS-related deaths averted would continue to rise in all scenarios till 2041. Starting with only a few hundred averted per year during the 2020s, as people continue to live who would, without PrEP, have acquired HIV, progressed to AIDS and died, by 2041 oral PrEP would have averted 600-1200 deaths a year.

Without any extra PrEP other than what’s already being taken, the total number of people with HIV on antiretroviral therapy would be about 6.6 million by 2037. Oral PrEP would only reduce this total by about 2%. CAB-LA PrEP would reduce it by 4-8%, depending on coverage and duration, and the number on ART would peak by about 2032, thereafter declining as fewer people acquire HIV.

The sting in the tail of this model is that despite these reductions in HIV cases, AIDS deaths and ART coverage, putting this number of people on injectable PrEP would cost the South African health system a great deal.

The baseline HIV spend by the South African health system, without any extra PrEP, is currently US$1.9 billion a year, increasing to just under $2.1 billion by 2031. Adding in high-coverage TDF/FTC would take that up to $2.2bn. Even if CAB-LA has the same price as TDF/FTC, adding in CAB-LA would take the healthcare budget up to between $2.25bn and $2.4bn, depending on coverage and duration, peaking in about 2033 but only slightly lower by 2041.

This is because the model expects higher uptake of CAB-LA than will ever be likely with TDF/FTC, and that this very high uptake is necessary in a hyperepidemic country like South Africa.

Find out more: Just six injections a year can prevent HIV: here’s what it will take for the world to afford them

Other than drug cost, targeting PrEP to the highest-risk individuals is the biggest influence on whether PrEP is cost-effective or not because, without targeting, a lot of money is being spent on giving PrEP to people who would not have acquired HIV anyway.

But in a country like South Africa, a lot more people are at high risk. It is possible to target gay men, trans women, sex workers and other key populations, but they are not the only people who need PrEP.

Gesine Meyer-Rath commented, “A more targeted approach would be more cost-effective – if that was implementable or even politically possible.”

To get finally to the cost-effectiveness figures: South Africa does not have a stated cost-effectiveness threshold, but 50% of the annual GDP per capita per life year saved has often been used. At present this figure is $2545 a year.

PrEP would not be cost-saving under any of the model’s scenarios.

Oral PrEP at medium coverage would cost the HIV programme an extra 2%, resulting in a cost per life year saved of $2309.

If CAB-LA including overheads cost the same as oral PrEP (about $80 a year) then, because of the extra infections and deaths averted, it would cost the HIV programme 5% more, but would be more cost-effective at minimum duration: $1705 per life year saved.

It would still be a little more cost-effective at maximum duration (8% extra cost, but $1978 per life year saved). 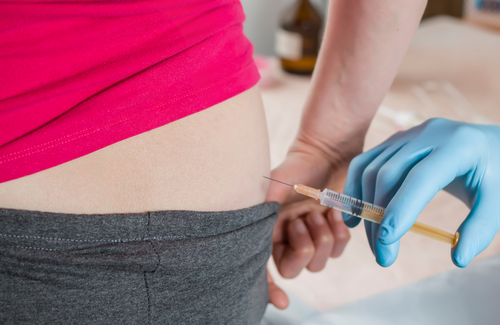 But double the price and, at high coverage, CAB-LA PrEP is not cost-effective ($3394 per life year saved at minimum duration and $4038 at maximum duration).

Can the price of PrEP drop as it did for ART?

At present this is of course vastly less than the price high-income countries are paying. The official US price is $3700 an injection ($22,200 a year), although many payers negotiate substantial discounts.

However, cabotegravir’s manufacturers, ViiV Healthcare, signed an agreement with the Medicine Patents Pool on Thursday 28 July that would enable three generic manufacturers to develop, manufacture and supply generic versions of CAB-LA to 90 countries in the global South, including all African countries.

The Clinton Health Access Initiative says that the cost of producing a single cabotegravir injection (not counting the capital cost of development, or the costs of distribution and provision) is about $2.50, or $15 a year. So despite the current huge disparity in costs, there is room to manoeuvre, as there was when antiretroviral therapy (ART) was originally negotiated for sub-Saharan Africa and drug prices fell 50-fold in the space of the year 2001.

“As soon as we have a price, we will add it into the investment case we have made for the benefits of ART for South Africa,” Dr Meyer-Rath said.

She added: “If the price level we have is low enough and clear enough, it will change everything regarding the future of the South African HIV epidemic. CAB-LA would lead to an estimated threefold to fivefold increase in HIV infections and AIDS deaths averted over the next 20 years.

“I have used terms like ‘game changer’ before, in years of updating the investment case. But this time, that term would be justified.”