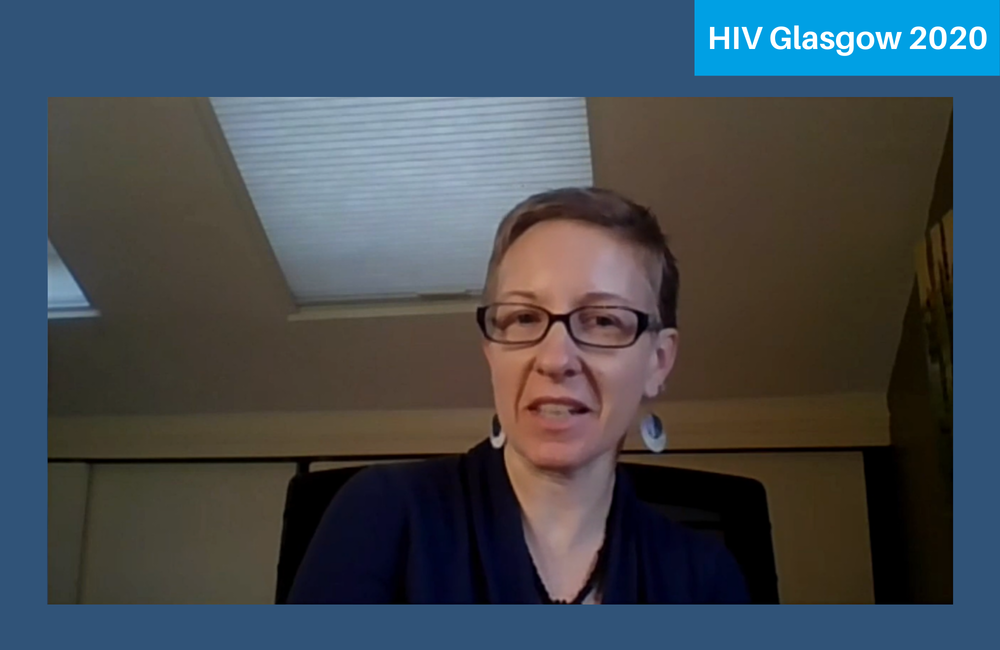 This drug, MK-8507, could be given just once a week, according to these studies.

A daily oral treatment combining islatravir and another Merck NNRTI drug, doravirine, works at least as well as a standard three-drug regimen, according to another study presented at HIV Glasgow. However, plans to combine islatravir with doravirine as a long-lasting injectable treatment were shelved when a study showed that an injectable version of doravirine did not last long enough in the body.

An injectable version of MK-8507 has not yet been studied, but the studies presented at Glasgow showed that after oral dosing, it persists at therapeutic levels in the body three times longer than doravirine does, suggesting it could likely be combined with islatravir as a weekly oral therapy and maybe part of a longer-lasting injectable one.

The first presentation (P099) reported a dose-finding study in HIV-negative volunteers. In this study, two groups, each of eight participants, were given escalating oral doses of MK-8507 (or a placebo – so four people in each group got the active drug).

Another group received larger doses of MK-8507 (400-1200mg) with the benzodiazepine drug midazolam, dosed either before or concurrently with MK-8507. This is because midazolam – which is commonly used as a sleeping pill, and is also a drug of abuse in some places – is metabolised in the same way as MK-8507, so they could reduce each others’ levels (midazolam is contra-indicated for use with another NNRTI, efavirenz, for this reason, and should be used with caution with nevirapine and etravirine).

"The 80mg dose appeared sufficient to be taken forward to weekly dosing studies in combination with islatravir."

The first series of studies showed that with the three higher doses of MK-8507 – 100mg, 200mg and 400mg – drug levels in the blood stayed at a target level of 300 nanomolar for at least a week (this level is defined as six times the level needed to cut HIV replication by 50%).

The studies also showed that absorption was not affected by food and that levels when combined with midazolam, though slightly lower, were not significantly so.

The second presentation (O416) reported a dose-finding study in people with HIV who had never taken antiretroviral therapy (ART). In this study, 18 people (all male and white, with an average age of 34) were divided into three groups of six who were given a single dose of MK-8507. The first group received 300mg, the second 80mg and the third 40mg.

Drug levels and viral suppression were both measured, and side effects monitored. In the case of adverse events, the only one thought to be related to the drug was a headache in three people; there were no laboratory abnormalities.

The two larger doses of MK-8507 produced a similar drop in viral load of about a 1.5 logs, which equates to a 35-fold reduction. However, the 40mg dose only produced half that – a 17-fold drop. It took four days (96 hours) for the viral load to fall by one log (a tenfold reduction) and a week to the lowest levels observed. In three subjects who did not start conventional ART till two weeks after the MK-8507 dose, and in one who decided not to start ART, viral loads persisted at 1.5 logs below baseline for that extra week.

After 14 days, one of these participants developed a single drug resistance mutation in their HIV, F227C. This mutation confers high-level resistance to doravirine and other NNRTIs but, interestingly, confers hyper-susceptibility to islatravir. This means that its occurrence in patients given both drugs might not lead to failure (and it would be unlikely to arise that fast in combination therapy anyway).

Levels of MK-8507 stayed above the therapeutic levels for just under a week on the 80mg dose, and for two weeks on the 300mg dose. Merck announced that for their purposes the 80mg dose appeared sufficient to be taken forward to weekly dosing studies in combination with islatravir.