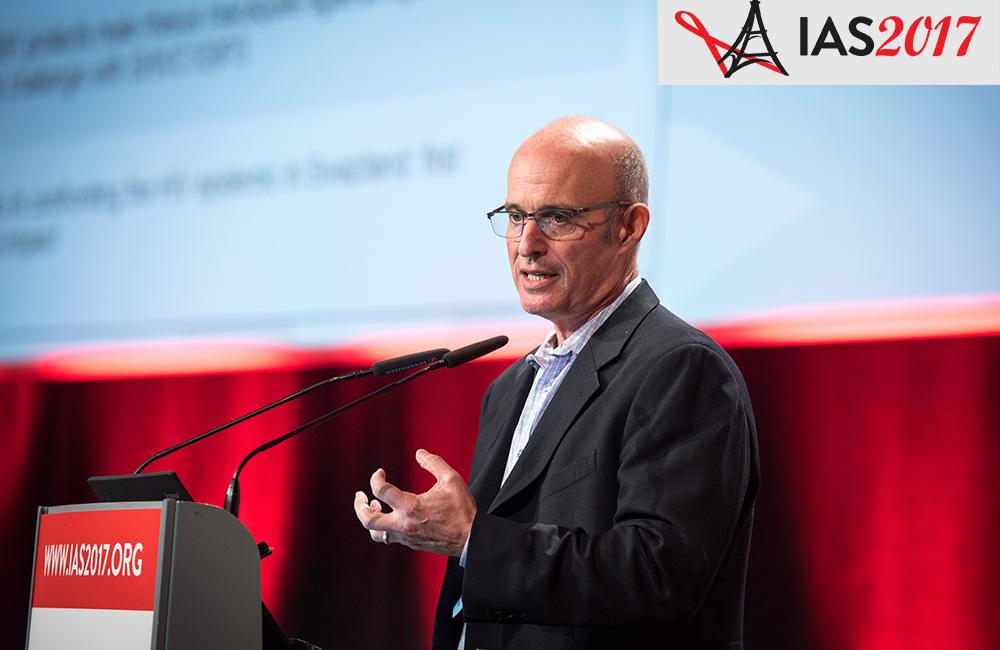 A single oral dose of MK-8591, a long-acting antiretroviral in a novel drug class, suppressed HIV for seven days in an early clinical trial, and the drug also appears to protect monkeys from rectal infection with an HIV-like virus, researchers reported at the 9th International AIDS Society Conference on HIV Science (IAS 2017) last week in Paris.

Although modern antiretroviral therapy (ART) is generally effective and well tolerated, having more drugs that work in different ways offers more options for constructing individualised regimens, especially for people with drug-resistant virus. Good adherence is key to effective ART and pre-exposure prophylaxis (PrEP), and some people may find it easier to take pills less often than once daily.

Randolph Matthews from Merck presented findings from a phase 1b clinical study of the antiviral activity and tolerability of single doses of MK-8591 over 7 to 10 days in people living with HIV.

Researchers previously reported that MK-8591 was highly potent in animal and human studies, with a single oral dose producing adequate intracellular drug concentrations for more than a week in HIV-negative volunteers. The drug also showed good distribution to rectal and vaginal tissues in monkeys, indicating potential suitability for PrEP. A rodent study showed that an injected formulation of MK-8591 might maintain adequate drug levels for six months or more.

The current open-label study enrolled 30 HIV-positive participants who had not yet started ART. Participants received a single dose of MK-8591 at doses of 0.5mg, 1mg, 2mg, 10mg or 30mg. Blood samples were collected regularly for up to 10 days to assess viral load and pharmacokinetics of MK-8591 and its active metabolite MK-8591-triphosphate (MK-8591-TP).

Single doses of MK-8591 across the whole range of tested doses led to "rapid and robust" viral load reductions of at least 1 log10, the researchers reported. At 168 hours after administration, mean viral load declines ranged from 1.18 log10 using the 0.5mg dose to 1.57 log10 using the 30mg dose. No common resistance mutations were detected in tested samples.

Treatment was generally safe and well tolerated at all doses. Most participants experienced some treatment-emergent symptoms, but there were no serious adverse events. The most common drug-related adverse events were mild to moderate headache, diarrhoea and skin rash. There was no apparent association between dose level and frequency or severity of side-effects.

"The antiviral potency, human pharmacokinetics, and physical properties of MK-8591 have the potential to open new paradigms for extended duration HIV treatment and prophylaxis approaches," the researchers concluded.

In a related study, Martin Markowitz of the Aaron Diamond AIDS Research Center and colleagues tested whether MK-8591 could protect macaque monkeys from infection with a simian-human hybrid virus known as SHIV.

None of the monkeys treated with MK-8591 became infected over the course of 12 viral exposures and 12 additional weeks of follow-up. They showed no evidence of plasma viremia, proviral DNA or antibody seroconversion. In contrast, all of the monkeys in the placebo group became infected after one to four viral exposures. This worked out to a 42-fold lower risk for treated moneys.

CytoDyn’s efforts to get leronlimab past the regulatory finish line in any indication has been a saga—including an incident in which the biotech sent the wrong data sets to the FDA. But now, the regulator seems to have pointed the biotech in the right direction for a filing for approval in HIV.
Fierce Biotech
16 Aug 21
New & experimental HIV treatments