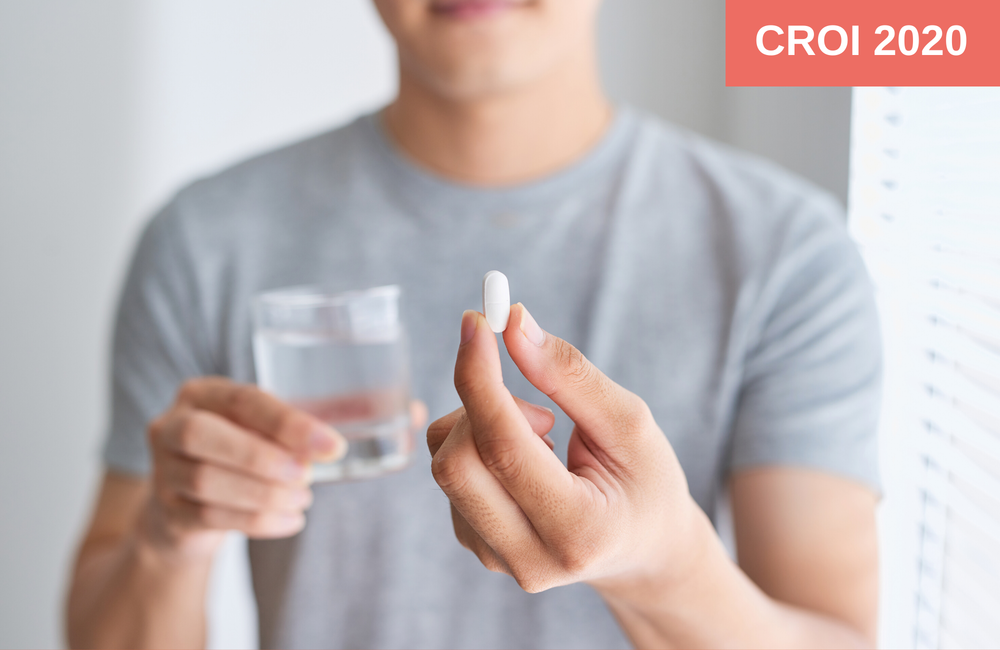 Six rhesus monkeys were completely protected from HIV infection by two oral doses of post-exposure prophylaxis (PEP), even when the virus was directly injected into them, the Conference on Retroviruses and Opportunistic Infections (CROI 2020) heard yesterday.

This study was the third of three animal studies of novel regimens of PEP, (emergency treatment to prevent HIV infection) which between them promise to transform the way post-exposure prevention is done. See this report for a summary of the other two studies.

This study featured a drug that has already caused great interest as a potentially powerful treatment and pre-exposure prophylaxis (PrEP) medication: islatravir, formerly known as MK-8591. Islatravir, being developed by the pharmaceutical company Merck, is both more potent – a very small dose is efficacious – and more long-lasting than any previous HIV drug.

First attracting attention in 2016, islatravir is a nucleoside reverse transcriptase translocation inhibitor (NRTTI), which means it has a double mode of action that prevents the assembly of HIV DNA at two different stages. Its properties also mean that HIV is unlikely to develop resistance to it.

This means it could potentially be taken as an oral drug once a week or even once a month, while a small removable implant containing the drug could work as either treatment or PrEP for over a year. When used as PrEP, islatravir protected 100% of a group of eight monkeys exposed to HIV, even though the first PrEP dose was given six days in advance of the viral challenge.

In the latest study, presented by Dr Martin Markowitz of the Aaron Diamond AIDS Research Center, twelve monkeys were given the most severe viral challenge possible, short of a blood transfusion: they were injected intravenously with a large dose of the rhesus-macaque version of HIV (SIVMac).

"A dose taken within a day of infection in humans provides drug levels 30-50 times greater than the levels seen in the monkeys."

They then ‘rested’ for six weeks before being given another intravenous viral challenge. The next time around, they were given oral islatravir at days one, eight and 15; the third time at days one and eight; and the final time just at day one.

All six monkeys were completely protected from the first three viral challenges, including the third when they only had two doses of PEP at days one and eight. However, one single dose, 24 hours after exposure, was not completely protective. One monkey started developing detectable viremia about two weeks after its last dose of SIV, and another about six weeks afterwards (suggesting a somewhat delayed course of infection in the second case). The other four were not infected.

If these results translate into humans, and there is no reason to presume they won’t, then in future two oral doses of islatravir as PEP spaced a week apart should be enough to prevent infection.

However, Markowitz said that there was still reason to think that in the case of humans a single dose might have efficacy. A dose taken within a day of infection in humans provides drug levels 30-50 times greater than the levels seen in the fully protective day-one-and-day-eight doses in monkeys.

The big challenge, of course, will continue to be starting the PEP in time – and ensuring that healthcare systems make this possible.

“Results support the potential utility of islatravir as a simplified PEP agent in humans,” Martin Markowitz commented, “though the feasibility of clinical trials for PEP is challenging.”