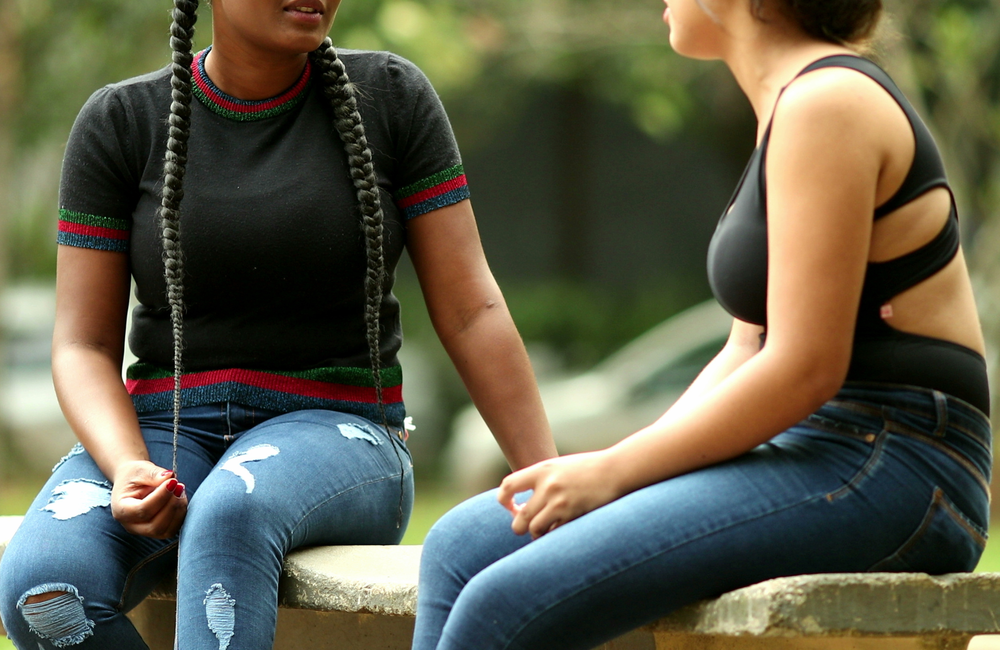 One of the universal rules of the HIV world is that you do not ask someone how they acquired HIV, and yet our peers regularly share our transmission route without our consent.

We are writing this letter to everyone and anyone involved in HIV advocacy. Over the past few years, there’s been a greater appreciation of the specific experiences of individuals born with HIV and the need for our stories to be told. However, it has also led to clumsiness and carelessness – sharing our transmission routes without permission.

"When you’re born with the virus, HIV is a family affair."

For context, we write this as young adults openly living with HIV, but we do not share that we were born with HIV in public spaces (or even behind many closed doors). We work and have accessed support through charities focused on the wellbeing of young people and their families. In that environment, there was a general understanding that most young people in that space were born with HIV. It was a genuinely safe space to explore what it meant to be growing up with HIV outside of the secrecy of the home and the gaze of the advocacy space. Within this environment, to know someone’s age is to know how long they’d been living with HIV. Knowing that someone was born before 2000 meant that they had likely experienced the death of at least one parent or a sibling to AIDS-related illnesses, just like us. The only real question was when they found out about their HIV status.

Other spaces are less safe, but there often is a presumption that living openly with HIV means that all the details of it are available for public consumption. Between us, we’ve had our transmission route mentioned in funding grants; in mass emails; in YouTube videos. All without our permission. We are frustrated when we’re introduced in a panel as being “born with HIV”, what happened to us owning our HIV?

Here are some points that we would like you to consider about sharing the transmission route of someone born with HIV.

Disclosing the HIV status of someone you’ve never met

We are cautious about sharing our transmission route with people and actively avoid the topic in public spaces. That’s because by doing so we share our mothers’ HIV status too. When you’re born with the virus, HIV is a family affair. This is why this is an anonymous opinion piece. People tend to overlook that naming our transmission route not only outs our mothers, it also brings into question the HIV status of other close family members. It can take away our opportunity to tell those we love about our HIV on our terms, whether that is siblings, family members or life-long friends. Having our transmission route unwillingly shared can make our personal lives harder.

We work hard to protect our mothers’ HIV status, to protect those we care for from the stigma we know all too well. If we knew our families’ privacy would be this hard to achieve, maybe we wouldn’t be open at all – maybe this is what holds other people back?

Very often people working within the HIV response talk about people being able to share their HIV status in their own time and on their own terms. This does not seem to be extended to transmission routes though.

Highlighting young people without outing others

For a long time, the experiences of young people who have grown up with HIV have been under-told. At times, we’ve been a footnote. It’s rarely appreciated that people born before 1996 are also long-term diagnosed. We have experienced the death of loved ones before antiretroviral therapy, had our fair share of toxic medication, and also of traumas.

Globally, children and young people are still less likely to have access to life-saving medication than our adult counterparts. Those of us who do have access to life-long antiretroviral treatment face persistent obesity and metabolic disorders. Staying connected to HIV care is a particular challenge for young people growing up with HIV, especially for young people who have experienced major trauma (including sexual violence and stigma) and psychotic disorders. The importance of transitional care to support young people as they navigate adolescence and early adulthood has been evidenced in both African and European contexts.

Focusing on our stories is important. Highlighting the differences we have to navigate is crucial. But this can be done without exposing us. We should be able to share our status in our own time, and all of us need to be sensitive to that in its fullness.

The next time you think about introducing us by our transmission route, pause. Then ask yourself: do you have my parent’s permission to share it? Do you even have mine?

On December 12, Ntimbwe Munongo Mpamba will celebrate his fortieth birthday with chocolate cake in Johannesburg. He was born with HIV but only became aware of his HIV status many years later. Biénne Huisman spoke to him about living with HIV, his early years when his mother fed him medicine disguised as sweets, and now, living openly as an HIV awareness champion.
Spotlight
29 Nov 22
Young people

The study found that parents in the intervention group talked to their sons more about condoms and HIV and engaged in other parenting behaviors aimed at keeping their sons healthy.
EurekAlert
11 Nov 22
Support issues for children & young people

Despite the increasing availability of adolescent-friendly services, adolescents face barriers to antiretroviral treatment (ART) adherence.
Be In The Know
2 Aug 22
HIV treatment for children & young people

Globally, only half (52%) of children living with HIV are on life-saving treatment. UNAIDS, UNICEF, and WHO have brought together a new alliance to fix one of the most glaring disparities in the AIDS response.
UNAIDS
2 Aug 22
More editors' picks