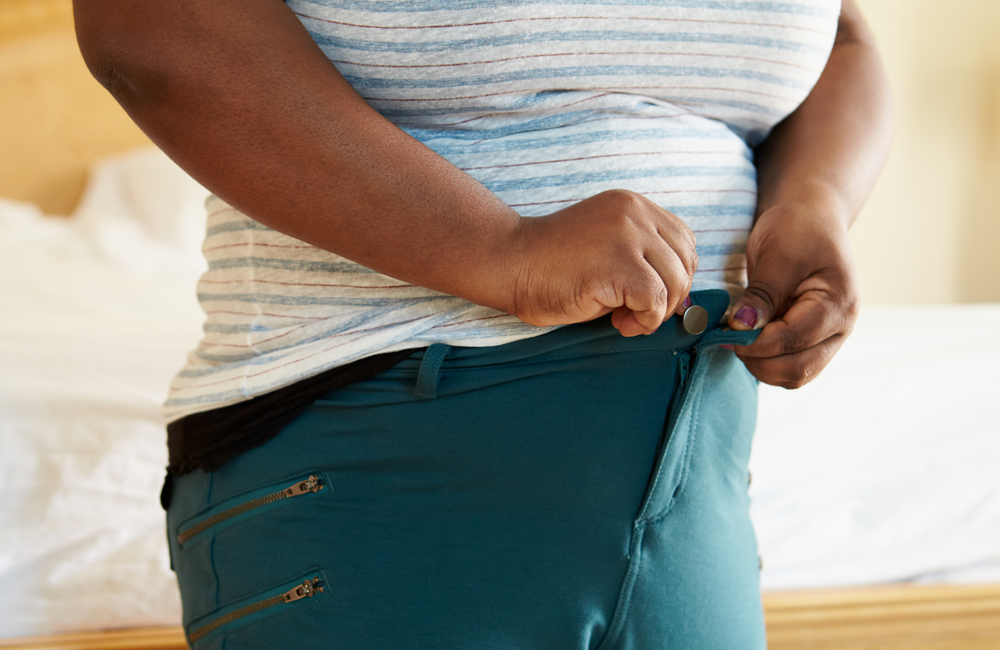 A recent US study, following people who acquired HIV in childhood over time, has found evidence of persistent and worsening central obesity in young adults with lifelong HIV and extensive exposure to antiretroviral therapy (ART).

For individuals who acquired HIV early in life, either around the time of their birth or from blood transfusions, it is crucial to remain on lifelong antiretroviral treatment (ART). While this has resulted in significant reductions in illness and death, lifelong ART also has unintended consequences. One is lipodystrophy, or alterations in body fat distribution, which may result in metabolic complications, including insulin resistance and high levels of fats in the blood (hyperlipidemia), which can increase the risk of cardiovascular disease and diabetes.

Specific causes of metabolic complications are unknown; there is evidence that metabolic processes may be altered by the in-utero environment for infants whose mothers were on ART during pregnancy. Additionally, there appears to be a complex interaction between direct damage inflicted by the virus, lifelong treatment, and underlying inflammation, which tends to be persistent with chronic HIV infection – even for those who are on successful treatment regimens.

Most classes of ART, including more recently, integrase inhibitors such as dolutegravir, have been associated with weight gain and related metabolic complications.

The research was conducted by Seynt Sahagun and colleagues at the US National Institutes of Health and published in the Journal of Acquired Immune Deficiency Syndromes.

Seventy adults who had acquired HIV in early childhood completed clinical evaluations between 2000 and 2019. At the last follow-up visit, they were compared to 47 HIV-negative participants who were similar in terms of age, sex, ethnicity and other pertinent factors. In addition to this matched comparison, a subset of 40 participants living with HIV who had at least two visits were also followed for a median period of seven years to track health changes over time.

This allowed them to calculate waist-hip and trunk-limb ratios. A waist-hip ratio of more than 0.95 for men and 0.85 for women is an ‘apple’ shape, which is more prone to heart disease; a higher trunk-limb ratio may indicate obesity and is a risk factor for diabetes.

At the last follow-up visit, most people living with HIV were in their twenties and half were over the age of 26. Approximately 60% were female, half were Black, and the median CD4 count was 542 (compared to the HIV-negative group, with a median CD4 count of 830). Viral suppression (below 50) was seen in 54% of the sample. Half the participants had been exposed to ART for 16 years or more. Just under half of the sample had a nadir (lowest ever) CD4 count below 200.

People living with HIV had significantly higher diastolic blood pressure, waist-hip and trunk-limb ratios, raised triglycerides (17% vs 4% in HIV-negative controls) and more were categorised as insulin resistant (35% vs 11%), but lower HDL cholesterol values.

The two groups were similar in terms of systolic blood pressure, fasting glucose, total and LDL cholesterol. While people living with HIV were on average significantly shorter, weight and body mass index were not significantly different from matched controls. The prevalence of obesity did not differ significantly between the two groups.

Metabolic syndrome (defined as at least three of five abnormal measures for either waist circumference, triglycerides, HDL cholesterol, fasting glucose and blood pressure) was more common among people living with HIV (13% vs. 4%), but this difference was not statistically significant.

For the 40 people living with HIV followed over a median period of seven years (who were not compared to an HIV-negative cohort), HDL cholesterol significantly increased over time. During follow-up, 10% received anti-hypertensive medications and 20% received lipid lowering medications.

Importantly, the prevalence of people living with HIV who were overweight increased (28% to 53%), as did those who were obese (13% to 25%); with waist-hip and trunk-limb fat ratios also increasing over time. Increases in waist-hip ratio were correlated with increases in triglyceride levels (r = 0.35).

“Individuals who acquired HIV in early childhood were more likely to demonstrate central obesity compared with those without HIV,” the authors conclude. “These findings underscore the long-term persistence and associated risk factors of central adiposity [obesity] among people living with HIV who have lifelong ART exposure which may translate to increased metabolic disturbances and enhanced risk of cardiovascular disorders in future decades.”

At the 11th International AIDS Society Conference (IAS 2021) earlier this year, during a session dedicated to early HIV exposure and infection, Professor Phillipa Musoke from Makerere University in Uganda had this to say regarding lifelong ART:

“The earlier you start ART, the better the outcomes. However, there are potential complications of being on ART in the long-term. It’s crucial to have drug formulations that help with reducing side effects. It’s important to monitor and switch formulations early on if necessary.”