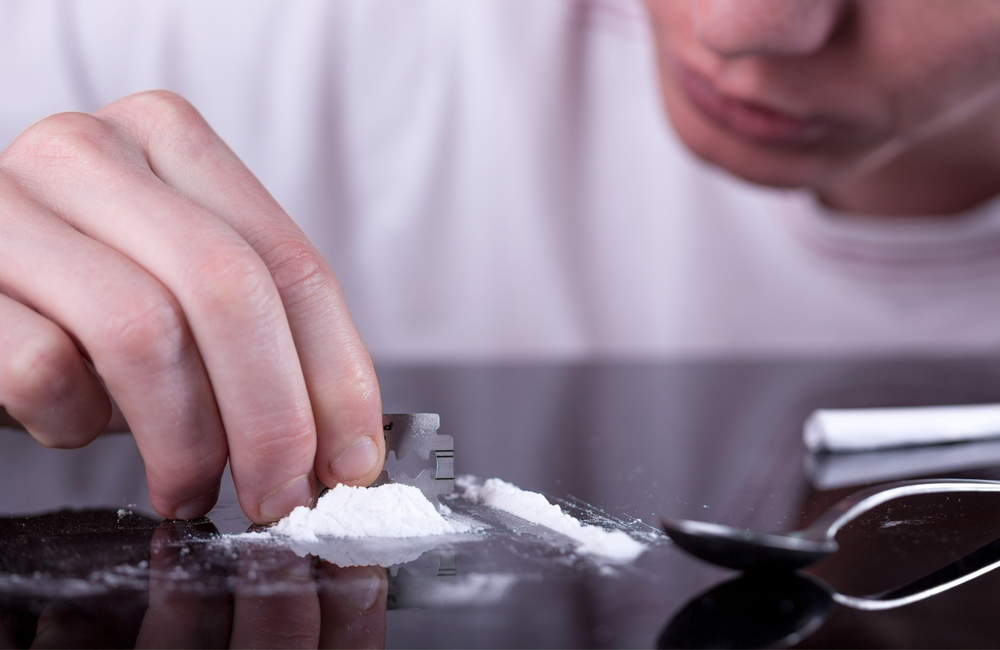 When two drugs are taken at the same time, their interaction can affect the drugs’ effectiveness and side effects.

This is the case both for prescribed medicines and recreational drugs, although there is much less medical research on drug interactions with illicit drugs. But we do know that some anti-HIV drugs and some recreational drugs are metabolised (processed) by the same pathways in the body. This can alter the effect of one or both drugs when they are combined.

This applies to some, but not all anti-HIV drugs. Similarly it only affects some recreational drugs.

The latest news and research on chemsex & recreational drug use

Nonetheless, recreational drugs are rarely sold in a pure form, so it is hard to know what they contain. They may have been ‘cut’ with other substances and may contain larger or smaller quantities of the active ingredient than expected. Predicting how recreational drugs will interact with HIV medications is not straightforward.

The two anti-HIV drugs most likely to be involved in harmful interactions with recreational drugs are ritonavir (Norvir) and cobicistat (Tybost).

If your HIV treatment includes a protease inhibitor, you are probably taking either ritonavir (Norvir) or cobicistat (Tybost). Protease inhibitors include darunavir (Prezista), atazanavir (Reyataz) and lopinavir (Kaletra).

Ritonavir is also in a combination pill used to treat hepatitis C called Viekirax (with ombitasvir and pariteprevir).

If you are not sure which medications you are taking, staff at your HIV clinic can tell you.

A dangerous interaction is possible between ritonavir or cobicistat and several recreational drugs:

The interaction may increase the intensity of the effect of the recreational drug, sometimes to unpleasant or dangerous levels.

Experts judge the potential for interactions with the first five drugs listed to be ‘moderate’ and with the last four to be ‘high’. There have been a handful of documented cases of deaths and serious side effects in people taking ritonavir alongside crystal meth, MDMA or ketamine.

"The first four weeks of taking a new HIV treatment combination, when your body gets used to the new drugs, are likely to be the riskiest time for interactions."

Heavy use of ketamine can lead to damage to the liver and bile ducts. Overdoses of erectile dysfunction drugs are dangerous for the heart. An overdose of benzodiazepines could result in the person passing out.

Poppers may also interact with erectile dysfunction drugs, causing a potentially dangerous drop in blood pressure. This may be more likely if you are also taking ritonavir or cobicistat.

There is a limited number of studies on interactions between GHB and anti-HIV drugs. These studies reported higher exposure to GHB, which may lead to higher levels of GHB.  Due to the close relation between GHB and GBL, the same effects may occur with GBL.

Concerning non-nucleoside reverse transcriptase inhibitors (NNRTIs), different types of interaction are expected as these drugs are metabolised in a different way.

Taking cocaine with some NNRTIs may lead to higher levels of cocaine. This applies to efavirenz (Sustiva, also in Atripla), nevirapine (Viramune) and etravirine (Intelence). A different kind of interaction may occur with rilpivirine (Edurant).

Increased exposure to cannabis is reported when taken with etravirine (Intelence) and efavirenz (Sustiva, also in Atripla).

Taking ketamine with NNRTIs may lower levels of ketamine. Similarly, levels of erectile dysfunction drugs may be lowered. This applies to efavirenz, etravirine, and nevirapine.

There are no known interactions between NNRTIs and some of the recreational drugs such as GHB, MDMA, mephedrone, methamphetamine or poppers.

The potential for interactions with several other substances is considered to be low. This includes alcohol, poppers, heroin and other opioids.

Similarly, several antiretroviral drugs are not thought to have problems with interactions. These include:

The first four weeks of taking a new HIV treatment combination, when your body gets used to the new drugs, are likely to be the riskiest time for interactions.

Some interactions may have an effect after some time taking the drugs, while on other occasions they could have an effect the first time they are used.

If you use recreational drugs or think you may in the future, a frank discussion with your HIV doctor or HIV pharmacist can give you a better understanding of the risks, based on your own situation. If you don’t want to stop or can’t stop using recreational drugs, switching to an HIV treatment with less potential for interactions might be an option.

Recreational drugs have a wide range of impacts on physical and mental health, both in the short and long term. You can find more detailed information on their effects and legal status on the FRANK website (www.talktofrank.com).

Drug use can interfere with sleeping patterns and routines, making missed doses of your HIV treatment more likely.

In sexual situations, drug use can affect your judgement about what is safe or appropriate. You may be more likely to put yourself or others at risk of hepatitis C, HIV or other sexually transmitted infections.

If you inject drugs, it’s important not to share or re-use equipment with others (including water, swabs, filters, spoons and tourniquets).

If you are concerned about your drug use, there’s information and support available. You could start by talking to staff at your HIV clinic. You can also look for local services on the FRANK website. In London, specialised services are available at the 56 Dean Street clinic and (for LGBT people) the Antidote drugs and alcohol service.

Next review date
This page was last reviewed in May 2020. It is due for review in May 2023.
Related topics
Chemsex & recreational drug use
Drug interactions & pharmacokinetics
HIV treatment
Facebook
Twitter
LinkedIn
Print
Subscribe to emails & news feeds