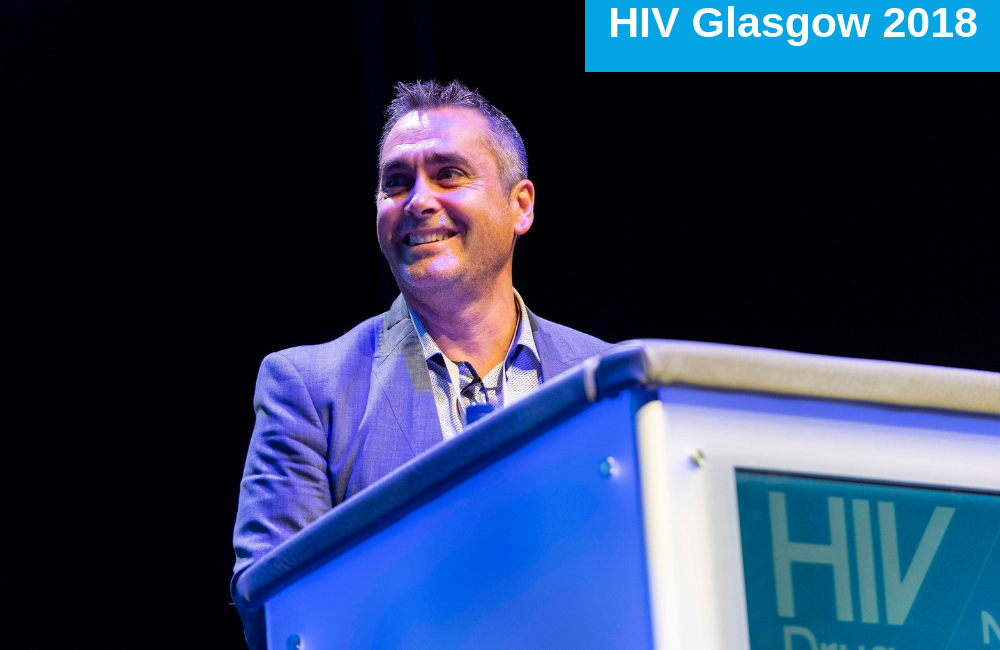 Fifteen out of 40 people who started treatment with ibalizumab had a viral load below 50 copies/ml on a regimen optimised by resistance testing after 48 weeks of treatment, despite extensive resistance to antiretroviral drugs.

Ibalizumab (Trogarzo) was approved by the United States Food and Drug Administration in March 2018 for use in heavily treatment-experienced people with multi-drug resistant HIV failing on a current regimen. Ibalizumab is undergoing review by the European Medicines Agency.

A molecule on the surface of some cells onto which HIV can bind. To enter a host cell, HIV binds to a CD4 receptor and a coreceptor (either CCR5 or CXCR4) on the host cell. CD4 receptors are found on CD4 cells, other types of T cells, macrophages, monocytes, and dendritic cells.

Ibalizumab is a humanised monoclonal antibody that binds to a region of the CD4 receptor. The antibody is described as a post-attachment inhibitor because it prevents the HIV gp120 protein from changing its shape to engage with coreceptors after it engages with the CD4 receptor. This prevents HIV entry into the cell. It has been in development for over 15 years, initially as TNX-355.

In the TMB-301 study participants with resistance to at least one agent from each of three or more antiretroviral drug classes received:

In the expanded access programme participants continued to receive 800g of ibalizumab every 14 days as well as their optimised background ART regimen.

TMB-301 recruited 40 participants with very advanced HIV disease (median CD4 cell count 73 cells/mm3) who had been living with HIV for a median of 23 years. The study population was 85% male with a mean age of 53 years.

The previous primary analyses of the study showed that 60% of participants achieved a > 1 log10 copies/ml reduction in viral load after 14 days. The median viral load reduction at day 14 was -1.1 log10 copies/ml. After addition of the optimised background regimen and follow-up to week 25, 55% of those who completed treatment had a viral load below 50 copies/ml. However, nine people discontinued treatment or died prior to week 25, so intent-to-treat analysis showed that 43% had a viral load below 50 copies/ml. Four deaths occurred: one from Kaposi’s sarcoma, one from end-stage AIDS, one from lymphoma and one from liver failure.

In the expanded access phase, 27 out of 31 participants who completed the TMB-301 study continued to receive ibalizumab. Of these, 24 completed 24 weeks of follow-up and 67% had a viral load below 50 copies/ml at week 48. The median viral load reduction at week 25 was -2.5log10 copies/ml in those still on treatment.

All 15 people who had a viral load below 50 copies/ml at week 25 maintained an undetectable viral load at week 48.

Three people withdrew from the study; two withdrew consent and one patient ceased treatment by decision of the Principal Investigator. None withdrew due to virological failure or serious adverse events.

Ibalizumab was well tolerated in most people. One participant experienced a severe rash. Diarrhoea, nausea, rash and dizziness each occurred in more than 5% of participants during the TMB-301 study. No infusion site reactions were noted, and no new safety concerns emerged during the expanded access phase.

The study demonstrated the durability of viral load suppression in those who achieved an undetectable viral load, said Zvi Cohen. Further 96-week follow-up will be reported at a future scientific meeting.

As Gilead works with Merck to combine their long-acting HIV drugs, the antiviral giant is hustling its prospect as a single therapy to the FDA. The treatment, lenacapavir, could become a new hope for patients whose infection has evaded current treatments and who have few other options.
FierceBiotech
1 Jul 21
New & experimental HIV treatments

If Approved,Lenacapavir Would be the First Capsid Inhibitor and the Only HIV-1 Treatment Option Administered Every 6 Months.
Gilead press release
29 Jun 21
New & experimental HIV treatments

Fostemsavir addresses a critical need in HIV care for those with little to no treatment options left who are at risk of further disease progression, or complications from HIV.
ViiV Healthcare press release
8 Feb 21
New & experimental HIV treatments