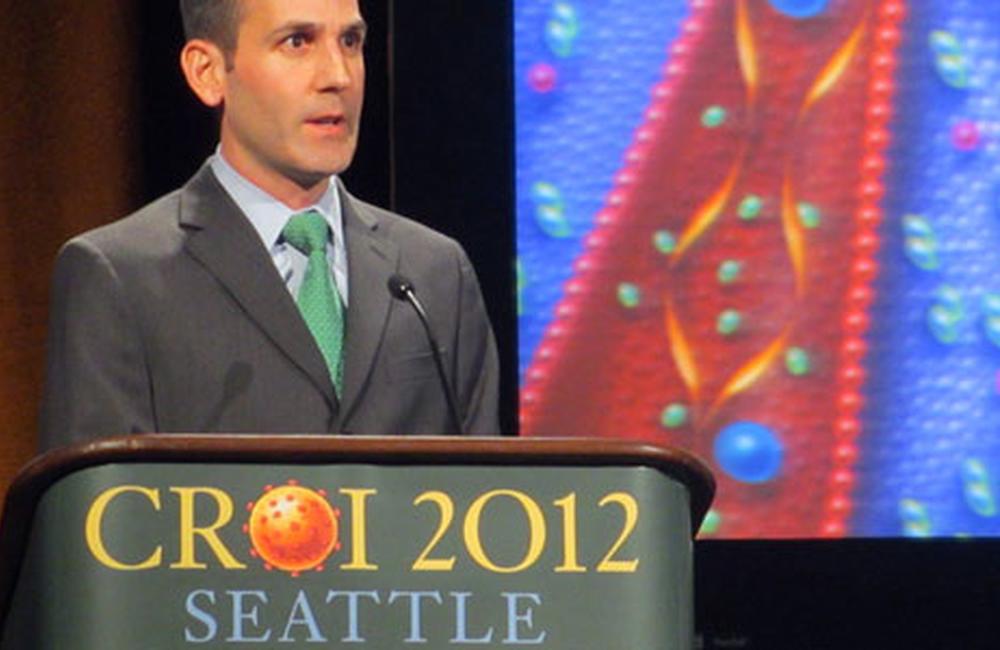 People with detectable HIV viral load and advanced immune deficiency are likely to experience greater decreases in lung function over time, with high viral load linked to more impairment than smoking, according to a study presented last week at the 19th Conference on Retroviruses and Opportunistic Infections in Seattle.

Speaking at a session on metabolic and cardiovascular complications associated with HIV and its treatment, Michael Drummond from Johns Hopkins University described an analysis of lung function changes among participants in the AIDS Linked to the IntraVenous Experience (ALIVE) study.

Drummond's team previously reported that a cross-sectional analysis -- looking across all patients at a single point in time -- showed that higher HIV RNA levels were associated with increased risk of obstructive lung disease. This category includes lung problems characterised by inflamed airways and shortness of breath, for example asthma and chronic obstructive pulmonary disease (COPD); it does not include infectious illnesses traditionally associated with HIV/AIDS such as Pneumocystis pneumonia or tuberculosis.

In this study the researchers looked at longitudinal data, analysing changes in lung function over time. The analysis included 1,064 injection drug users in Baltimore, one-third of whom were HIV-positive.

A majority of participants (65%) were men, the average age was 49 years, and about 90% were black. The HIV-positive group as a whole did not have well-controlled disease, with only 55% on antiretroviral therapy (ART) and 10% having high viral load (>75,000 copies/mL). Almost all (95%) had a history of tobacco smoking, with 88% being current smokers.

Over a median 2.75 years of follow-up, the researchers performed 455 spirometry measurements, a lung function test that measures the volume or flow of air as it is inhaled and exhaled. They then estimated the effects of HIV infection, viral load and CD4 T-cell count on annual changes in forced expiration volume in one second, known as FEV1; FEV1 levels below 25% of normal are generally disabling.

At baseline, 16% of participants had obstructive lung disease and the overall prevalence did not differ significantly between HIV-positive and HIV-negative people. People with HIV did, however, have lower FEV1 at baseline after adjusting for demographic factors, body mass index and smoking.

But HIV-positive people with viral load above 75,000 copies/mL did show significantly greater annual decline in FEV1 (-99.1 mL/year), compared with -29.9 mL/year for those with lower HIV RNA levels.

Based on these findings the researchers concluded, "Markers of advanced and uncontrolled HIV disease are associated with more rapid decline in lung function." This decline was "statistically and probably clinically significant as well," Drummond added.

Drummond explained that lung function typically declines slowly with age. Among smokers the decline is larger and more rapid, in the range of -50 to -70 mL/year. In this study, people with uncontrolled HIV and advanced immune deficiency had even greater declines than smokers.

It was difficult to make comparisons between smokers and non-smokers in this study because most participants smoked now or in the past. Drummond said his team did not see an effect of smoking marijuana or using other illegal drugs.

Drummond said it appears that viral load is the main driver of the decline in lung function, and proposed this might be related to accelerated apoptosis (programmed cell death) or systemic inflammation. This study adds to the growing evidence linking inflammation and age-related non-AIDS conditions in people with HIV.

A webcast of the session, Metabolic and Cardiovascular Complications, is available through the official conference website.