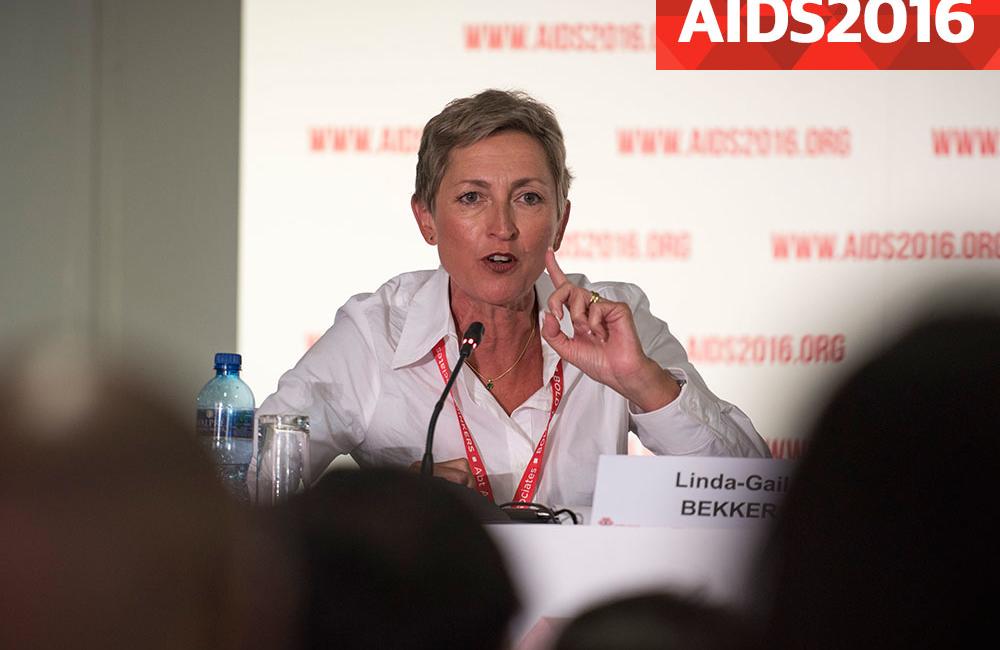 Speaking to a meeting on pre-exposure prophylaxis (PrEP) yesterday, ahead of the 21st International AIDS Conference (AIDS 2016), Chris Beyrer, president of the International AIDS Society, reminded delegates that the last time the conference was held in Durban, South Africa, in the year 2000, the event was notable for drawing attention to the enormous gap in access to HIV treatment between rich and poorer countries. That conference began the treatment access era.

“Now is really the time to start the PrEP access era,” Beyrer said.

The questions about whether PrEP works have been resolved. But a host of questions about the best way to implement PrEP remain, including who to offer PrEP to, where to provide it and how to stimulate demand.

To help health services and countries answer those questions, the World Health Organization (WHO) will soon issue implementation guidance, outlined to the meeting by Rachel Baggaley of WHO and Robert Grant of the University of California. The document is designed to be practical, addressing in separate chapters the needs and interests of political leaders, medicines regulators, community educators, public health officials, clinic administrators, clinicians, counsellors, testing providers, pharmacists, and monitoring and evaluation staff. A specific chapter addressed to individuals taking PrEP will answer their frequently asked questions.

WHO already suggests that “people at substantial risk of HIV” should be offered PrEP. Further, offering PrEP should be a priority in populations in which the rate of new HIV infections is 3% per year or greater.

But it has not always been clear how these principles should be applied in practice – should health services be attempting to seek out and offer PrEP to all members of a specified population? Robert Grant said that wasn’t the appropriate method; and instead outlined WHO’s three-stage approach:

PrEP shouldn’t be seen as a stand-alone service, Grant said. It can be provided within or have synergies with services for sexually transmitted infections (STI), family planning, antenatal care, hepatitis B and HIV testing, as well as specialised services for men who have sex with men, sex workers, young people or workplace health.

PrEP can be a catalyst with a broad range of benefits, Rachel Baggaley said. These may include HIV testing and re-testing, regular STI screening, access to HIV treatment for individuals diagnosed with HIV and engagement with service more generally.

WHO is likely to suggest that a variety of drug regimens could be used as PrEP – the tenofovir and emtricitabine combination (Truvada) that has been most widely tested, a tenofovir and lamivudine combination, or tenofovir on its own. Countries may wish to use the same drugs for both PrEP and PEP (post-exposure prophylaxis).

Both daily and non-daily dosing schedules will be supported.

While some organisations have expressed caution about the use of PrEP for women who are pregnant or breastfeeding, WHO is likely to suggest that women can continue to take PrEP in these situations. While there are very few data on the safety of tenofovir and emtricitabine in HIV-negative women, the drugs are considered safe for pregnant women living with HIV.

In the context of antiretroviral treatment, the framework of the ‘treatment cascade’ or the ‘continuum of care’ has helped identify the sequence of events which are needed for treatment to have its desired effect – diagnosis, linkage to care, retention in care, receiving HIV treatment and adherence to it.

Frances Cowan of University College London suggested that, in a similar way, a prevention cascade or PrEP cascade can be useful. For PrEP to be used effectively, it must be made available, it must be used by individuals at risk of HIV and they must maintain good adherence.

In other words, PrEP implementation requires a series of interventions:

Other speakers at the meeting, organised by WHO and the South African Department of Health, outlined a range of experiences in developing these aspects as PrEP starts to become available.

Nittaya Phanuphak of the Thai Red Cross said that gay men who used the Adam’s Love website to discuss their sexual health with an online counsellor or to ask about PrEP could quickly be booked for an appointment at the Thai Red Cross’s clinic in Bangkok. Following rapid HIV testing, PrEP can be started on the same day – if follow-up lab testing for HIV or kidney function identifies an issue, the client is contacted within a few days and instructed to stop PrEP.

Their experience has shown that there is a cohort of at-risk gay men in Thailand interested in PrEP and able to pay the 30 baht (less than US$1) per day user fees – no private or public funders have subsidised this service, so the entire cost falls on the end-user.

For PrEP to be scaled up in contexts of under-resourced health services, streamlined models of care may be needed. Innovations developed to bring antiretroviral treatment to scale in African countries could be adapted for PrEP. Michael Kiragu of LVCT Health in Kenya said that task-sharing will be needed – perhaps with nurses initiating people on PrEP, doing routine monitoring and managing commodities; lay counsellors doing the HIV testing, adherence counselling and defaulter tracking; and finally medical officers reviewing adverse events and managing individuals who acquire HIV.

Linda-Gail Bekker of the Desmond Tutu Foundation said that the model of ‘adherence clubs’ that has been used to decongest HIV treatment clinics might be applicable to PrEP. Adherence clubs involve a group of patients coming together to receive their medication and be asked about new symptoms. Whereas waiting times in regular health facilities can be very long, attending an adherence club may take an hour or less. A demonstration project providing PrEP to adolescents, called PlusPills, is using adherence clubs and it is hoped that having peers of a similar age will enhance the peer support aspect of adherence clubs.

In terms of increasing demand, Nelly Mugo of the Kenya Medical Research Institute said that presenting PrEP as a product for a specific group – such as sex workers or men who have sex with men – could increase stigma and dampen demand for PrEP. Consequently, Kenya’s approach will be to provide PrEP concurrently to multiple populations.

Moreover, for there to be community acceptance of PrEP, Mugo said that PrEP education needed to reach not just individuals at high risk of infection, but also politicians, religious leaders, healthcare providers and the general population. Andrew Grulich of the Kirby Institute in New South Wales, Australia said that the rapid enrolment of gay men to a demonstration project there would not have been possible without the strong support of community organisations, health bodies and the government. The minister of health has been a public advocate for PrEP.

“We’re making a mistake by messaging that PrEP cannot be used without condoms,” argued Linda-Gail Bekker. One of PrEP’s key benefits is that it provides a prevention option to people who have difficulty using condoms. “It defeats getting PrEP to the at-risk population,” she said.

Nina Hasen of PSI said that it was crucial to get the messaging right. Rather than using epidemiological categories or the idea of being ‘at risk’ to describe who PrEP might be for, programmes need to step back and think differently. Jim Pickett of the AIDS Foundation of Chicago agreed: the city’s social marketing has taken a sex-positive approach, highlighting PrEP’s benefits in relation to pleasure and intimacy, rather than focusing on risk.

Moreover, the materials have represented a diversity of ethnic and gender identities and been displayed in neighbourhoods where they are likely to reach the audiences they particularly want to reach: young black gay men, transgender women of colour and heterosexual black women. The groups are all at high risk of HIV but less likely to access PrEP than other groups.

While the meeting saw examples of PrEP social marketing from the United States and Thailand, mostly targeting gay men, such interventions haven’t been provided in the context of generalised epidemics. Sandiswa Ngcowa, a young woman taking part in the PillsPlus demonstration project in South Africa said that PrEP needed to be advertised on billboards, radio and television. “Just make it famous,” she told delegates.