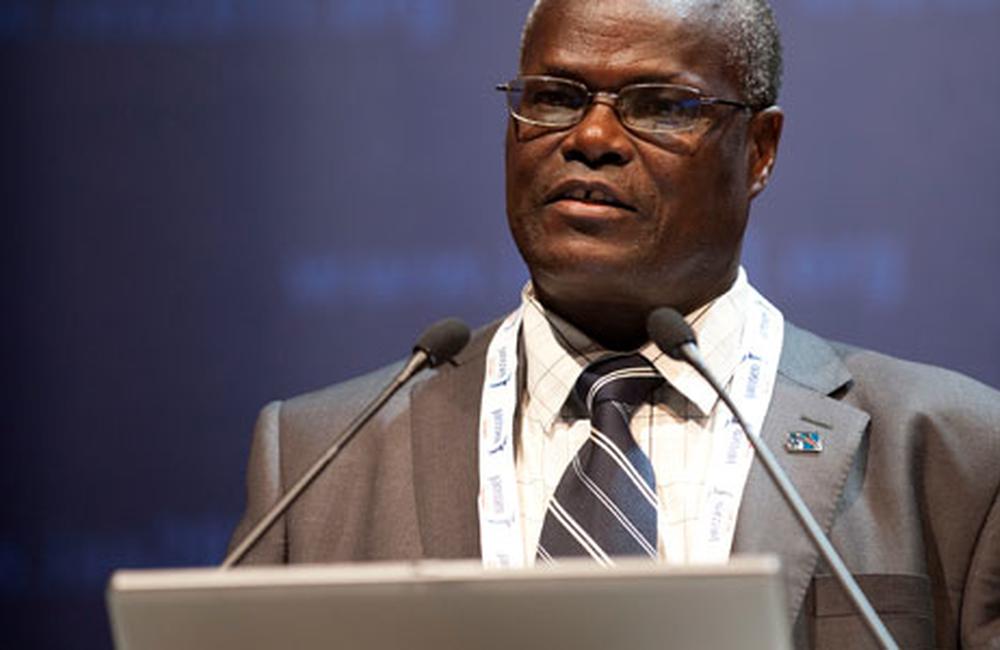 The Sixth International AIDS Society Conference on HIV Pathogenesis, Treatment and Prevention (IAS 2011) opened on Sunday night in Rome amid great excitement, with scientific leaders proclaiming that the conference will be a landmark moment in the history of HIV research.

“We are at a scientific watershed in the global AIDS response,” said IAS 2011 International Chair and International AIDS Society President Elly Katabira.

“We have witnessed two years of significant biomedical advances, the likes of which we have not seen since the antiretroviral breakthroughs of the mid-1990s.”

“The excitement around these advances in research – whether they be the CAPRISA 004 vaginal gel, the HPTN 052 study on treatment as prevention, talk around the path towards a cure, or the encouraging signs on PrEP and vaccines – is very much driving the debates and discussions that we are going to see in Rome over the next few days.”

Over 5000 delegates are gathered in Rome this week for the year’s largest scientific meeting on AIDS, after two months of stunning scientific news.

In May, results from a trial of antiretroviral treatment of the HIV-positive partners in couples where one partner was uninfected showed that early treatment reduced the risk of infection by 96%.

“We have to remember that history will judge us not by our scientific breakthroughs, but how we apply them,” Michel Sidibé

Last week, results from two studies were released, showing that when people without HIV infection take one or two antiretroviral drugs (either tenofovir or tenofovir in combination with emtricitabine), the risk of becoming infected with HIV is reduced by somewhere between 62% and 78%, depending on the drugs used and how consistently they are taken.

And in early June, buoyed by the results of the 'treatment as prevention' study, governments meeting together at the United Nations in New York agreed a target of expanding antiretroviral treatment to reach 15 million of those in need by 2015.

But the key challenge will be how to make these breakthroughs available in such a way that they perform just as well when scaled-up to millions of people, and how to fund them.

“We have to remember that history will judge us not by our scientific breakthroughs, but how we apply them,” said Michel Sidibé, executive director of UNAIDS, speaking at the opening ceremony.

Dr Katabira, who was one of the first doctors to treat AIDS patients in Uganda, said that while the chances of stopping the HIV pandemic have “just got enormously better, the challenges have got bigger. In our part of the world proof is not enough.”

Michel Sidibé said: “Sceptics are saying that expanding treatment is risky and unsustainable. What is truly risky, truly unsustainable, is waiting for treatment.”

But he pointed to the fact that domestic contributions to funding the cost of the AIDS response, and higher burden countries, now accounted for 53% of all funding.

A radical mismatch now existed on the donor front, he went on, between the biggest donors such as the United States and the United Kingdom, and other wealthy countries which gave next to nothing to support the Global Fund to Fight AIDS, Tuberculosis and Malaria, and other programmes.

Italian activists were critical of host country Italy, for its failure to live up to its promises on AIDS.

“The promises of our Prime Minister to contribute to the Global Fund since 2009 are totally failed. Italy owes $290 million,” said Filippo von Schloesser of the Italian HIV activist network Nadir ONLUS.

He also accused the Italian government of seeking to undermine the concept of harm reduction in United Nations negotiations, at a time when international agencies leading the fight against HIV are trying to persuade countries in Eastern Europe and Asia of the importance of harm reduction methods for limiting the HIV epidemic among injecting drug users.

24 September 2021
The search for an HIV prevention vaccine

The South African Health Products Regulatory Authority, Sahpra, declined an emergency use application of the Sputnik V COVID vaccine in the country. The applicant could not provide any safety data to prove the Sputnik jab is not linked to an increased risk of HIV infection.
Bhekisisa
21 Oct 21
Behaviour change interventions

Young people in South Africa changed their attitudes significantly and adopted safer sexual behaviour, after watching a TV show called Down South – which the UN initiative behind it describes as a tribute to the power of “edutainment”.
UN News
21 Oct 21
Structural factors

In a country where gay sex is against the law, it can be almost impossible for the LGBT community to access services tackling domestic violence – and during the pandemic, lockdowns saw abuse soar
The Guardian
21 Oct 21
Vaccinations & immunisations

The Dapivirine Vaginal Ring: Gone far and far to go

Journalist and HIV prevention advocate Anna Miti provides context and perspective on introducing the ring in Zimbabwe, the first country where the approval of the ring has been reported in the press. Her blog explores the concrete steps that must happen next from Ministries of Health, advocates, providers, policy makers and community organizations to make the ring a reality in women’s lives.
AVAC
17 Oct 21
More editors' picks