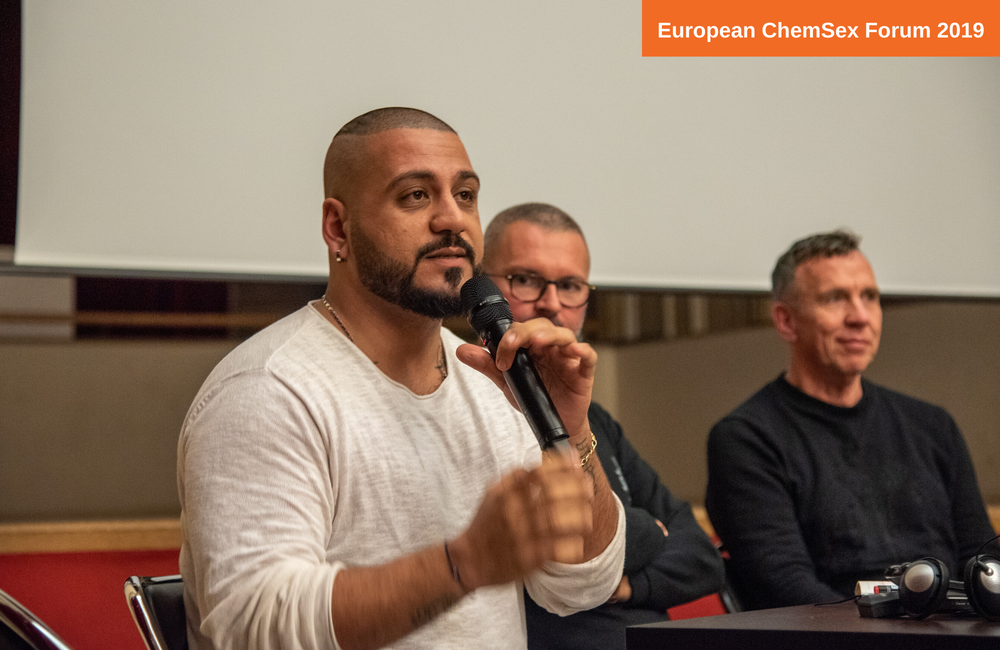 As the massive European MSM Internet Survey (EMIS) 2017 recently demonstrated, sexualised drug use among gay men is not just a phenomenon in the affluent cities of western Europe. Chemsex in the past four weeks was reported by 2.9% of respondents in Ukraine, 3.5% in Russia, 4.1% in Turkey and 2.8% in Lebanon. (The two European countries with the largest proportion of chemsex users were Belgium and the Netherlands, with 11 and 15% respectively.)

Wherever you are, only a minority of gay and bisexual men engage in chemsex, but enough men are having difficulties with it in the Middle East and eastern Europe for activists to be working to create a response. Several described their work at the recent 3rd European ChemSex Forum in Paris.

Elie Balan of M-Coalition and the Arab Foundation for Freedoms and Equality reported the first-ever regional data on chemsex among men who have sex with men in the Middle East and north Africa. In just two days, adverts on the hook-up app Grindr generated 1003 responses.

Around 28% were living in Egypt, with over 10% each in Morocco and Kuwait, plus significant numbers of men from Algeria, Jordan, Tunisia, Lebanon and Saudi Arabia also taking part. It was a highly educated group, with other 70% having attended university. In terms of HIV status, 13% were diagnosed with HIV (a little higher than regional estimates) but 22% did not know their status.

When using a diagnostic test, the percentage of those testing positive who are correctly diagnosed. This will vary according the prevalence in the local population.

In this opportunistic sample of men interested in answering questions on the topic, over 80% reported using some substances. Most commonly this was alcohol, hashish, weed or poppers, but 10% or more of respondents reported using crystal meth, ecstasy/speed, and cocaine. Over 5% each reported GHB/GBL and ketamine.

Forty-two per cent said they used substances at least once a month.

To respond to these needs, Balan is working on a website to provide harm reduction information and a chemsex toolkit to educate professionals in sexual health clinics and harm reduction services. His organisation also hosts a service finder that allows users to leave ratings on the degree to which services were sensitive to LGBT issues, respected privacy and had hygienic facilities.

However, it is challenging to find funding for holistic services. There are international donors who are interested in needle exchange and opioid substitution therapy programmes, but he said it has proven impossible to find a donor willing to pay for mental health support or sexology.

The Andrey Rylkov Foundation is the only organisation in Moscow that provides harm reduction services to people who use drugs. In the last three years, they have extended their work to chemsex users. The main drugs used are mephedrone, alpha PPV (from the same cathinone class as mephedrone but a more powerful stimulant) and crystal methamphetamine, all readily sourced online.

Maxim Malyshev told the conference that the main elements of their programme are outreach at parties and dance clubs, a peer support group and individual psychological support. Syringes and other harm reduction supplies are available at the organisation’s offices, but this mostly attracts opioid users rather than men using stimulants in chemsex. Club and party organisers worry that distributing syringes at their venues would attract police attention.

“The double stigma of homophobia and narcophobia” creates heavy burdens for men engaging in chemsex and challenges for the NGO. The laws on narcotics are particularly repressive, with loosely worded legislation against ‘drugs propaganda’ and ‘homosexual propaganda’ stifling frank discussion of the issues. Chemsex users are a “very closed group,” Malyshev said.

For many men, a third stigma is xenophobia. Delegates from central Asia raised questions about the accessibility of services in Moscow and St Petersburg for migrants from their countries. Often without the legal right to work, migrants are vulnerable to exploitation as sex workers. Drugs may make the experience bearable or may be expected by clients. While migrants are excluded from most state-run health and social services, delegates suggested that NGOs are not doing enough to be more welcoming to them.