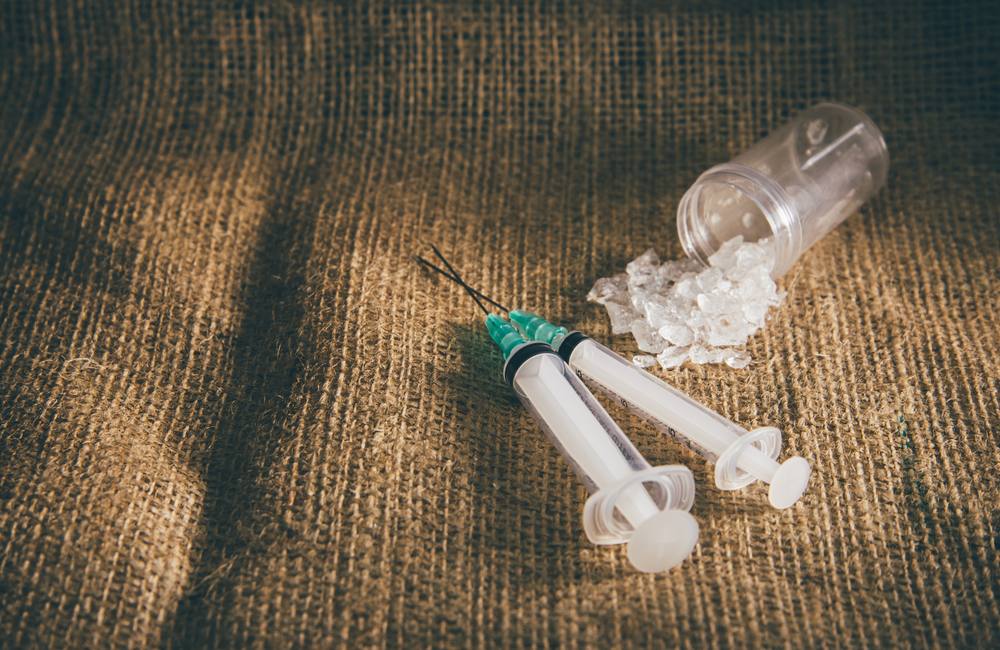 Gay and bisexual men living in the Netherlands reported intense rush, less sexual inhibition, pleasure and kinship among the perceived benefits of slamming in a master thesis titled ‘Meth, Sex, Health and Pleasure’ from Utrecht University.

Slamming is the intravenous injection of crystal methamphetamine (also known as crystal meth, tina and ice). Similar to chemsex involving different substances (including GHB/GBL, mephedrone, MDMA and, to a lesser extent, cocaine and ketamine), slamming can take place before or during sexual activity to facilitate, prolong or enhance the sexual experience.

In the 2017 The European MSM Internet Survey (EMIS), 15% of gay, bisexual and other men who have sex with men from 50 European countries reported ever having chemsex and over 10% had done so in the past 12 months. Following these findings and increased concern around chemsex in the region, the EU’s Drug Strategy 2021-2025 included LGBTI+ people for the first time. It emphasises the importance of recognizing the diversity of people who uses drugs but it only refers to the LGBTI+ community once in general and still does not address chemsex in particular.

For Thijs Albers’s study, 25 men who have sex with men and had previously engaged in chemsex participated in semi-structured interviews to share their experiences with and opinions on personal and social dynamics around slamming. The interviews took place in 2020 and due to COVID-19, most were conducted online. The majority (22) of the men identified as gay, two as bisexual, and one as straight. The ages of the men ranged from 22 to 75, with an average age of 46. Most participants (21) were born and raised in the Netherlands, 9 lived in a big city, 15 were single, 10 were in a committed relationship, and 6 were married (2 with women).

The research aimed to identify the men’s psychosocial reasons for slamming; the interviews covered various topics including the advantages and disadvantages of sexualised crystal methamphetamine use, settings where slamming takes place and partners are found, and sexual, physical and mental health. The findings of the study were analysed in two categories: individual and social factors motivating slamming.

Many participants described the rush and pleasure that comes after the injection and inhibition of boundaries which enables sexual exploration as the main motivations for slamming.

“At sex parties I became increasingly curious to the intense effect of the rush I saw developing in others. If I asked about the added value, people always answered: ‘there are no words to describe the rush’. They were right. After a slam Tina all boundaries dissipate. The effect is intense and euphoric.” – 29 years

Another reason mentioned by many participants was feeling less sexually inhibited, which can facilitate different sexual practices. Some mentioned how slamming can change their perception of an act.

Albers notes that “with the dissolving of individual sexual boundaries, issues around consent arise as well. Often, respondents note that consent is difficult to gauge when under the influence of drugs and some report experiencing sexual acts they didn’t consent to. This is almost never discussed in aggrieved terms, but viewed as something that almost ‘comes with the territory’.”

“Drugs only came into the picture with the arrival of the internet. It enabled you to look for more specific things. What do you want, what kind of sex techniques, what do you like to do and slowly I entered circuits. Before the internet I also did other stuff, I went to the sauna, to the beach, outside, different from now.” – 66 years

“I see profiles with slang for slamming, such as ‘slm’ or ‘SL-fr’. Slammers know how to better and more easily find each other.” – 69 years

Connections and networks built over the common interests in sexualised drug use or slamming, in particular, were not only sexual.

“A slam session is also a social activity and creates connection. In this way, deep conversations can arise, you talk about each other’s happiness and sometimes about the pain of life. In this way you build a friendship.” – 56 years

These connections can evolve over time and develop into one’s social circle and support network, and sometimes romantic relationships.

“Through a dating app I had contact with a guy living around the corner. We met up and had sex and used for the whole weekend. When I was evicted from my room the next week I moved in with him. We became roommates and fuckbuddies, going to sex parties together.” – 25 years

“I was regularly abroad for work and in my time off I could date and use. That is how I met my current partner D. in 2009. We had sex under the influence of Tina and we had an immediate connection. Our follow up contact blossomed into mutual infatuation.” – 49 years

This in return can make it harder to take a break from or stop slamming as it would require changing one’s social circle and possibly support networks.

“What makes me apprehensive is losing my contacts. Looking for other activities, a new group of friends isn’t easily created. I know people who use it every now and again and then I would also have to stop seeing them, while we have a friendship, and I feel this is kind of hard.” – 61 years

Building new networks after quitting can also be an issue.

“Since I quit using I still am in contact with friends from my user network. That presents an issue. The building of a new circle of friends. When I heard someone say at a meeting that he also used to do chemsex, I immediately thought: yes, let’s swap numbers, then maybe we can help each other, or it was my addiction thinking, there you have one.” – 30 years

The strategies and programmes aiming to reduce the harm associated with substance use need to be informed by users’ experiences if they are to address their needs. Therefore, understanding the lived experience of pleasure, drugs and sex is a core component of developing effective harm reduction programmes for chemsex.

Albers T. Meth, Sex, Health and Pleasure: Exploratory research into the motivations for MSM (men who have sex with men) to engage in slamming, i.e. the intravenous use of crystal methamphetamine in a sexual context. Utrecht University thesis, 2022 (open access).