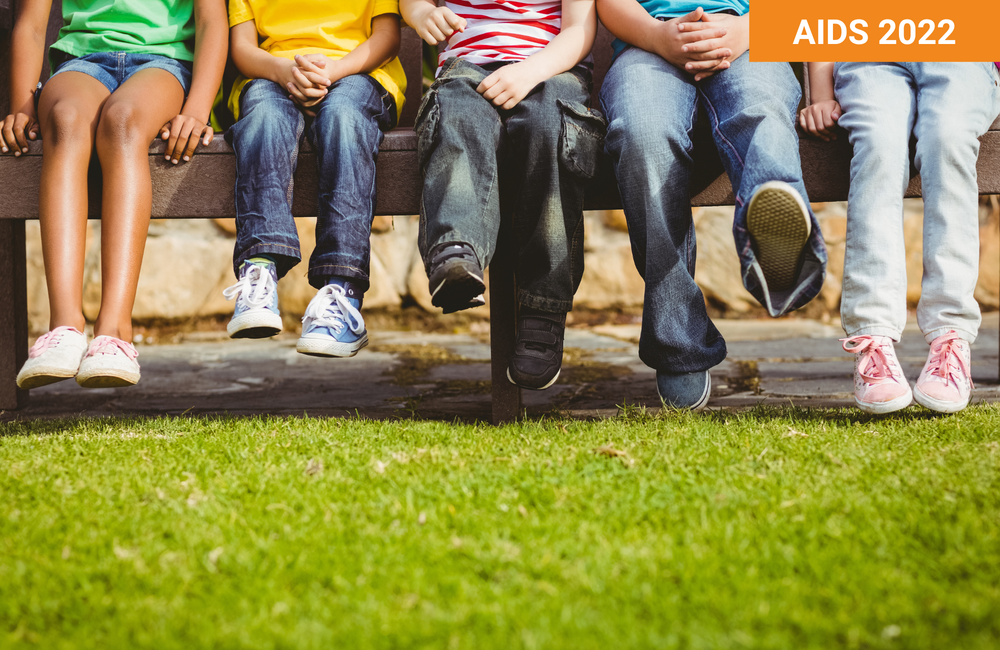 Findings from a study which has followed the children of mothers living with HIV who remain HIV-free in Montreal since 1988 make the case for continued clinical follow-up of this group. A key point made by Dr Fatima Kakkar of the Université de Montréal was that children who are “uninfected are not unaffected” and that assuming this has created missed opportunities to support them with the poorer health outcomes they are at risk of.

Globally, there are around 15.4 million HIV-exposed children and the number is rising as testing and treatment for pregnant women continues to scale up. Previous research shows that this cohort is at increased risk of morbidity, mortality, poor growth and stunting and developmental delays. Research has also highlighted the multifactorial nature of causes for this, including the impact of socioeconomics and maternal immunosuppression.

However, previous research has mainly focused on lower- and middle-income countries. The aim of this study was to understand the long-term risks of hospitalisation and chronic illness in this cohort, in comparison to children of mothers who were not living with HIV in a high-income country, where there is universal health coverage.

The longitudinal cohort study used two datasets. The first (Centre maternel et infantile sur le SIDA) was created in 1988 to track pregnant women living with HIV and their children into early childhood in Montreal. However, they were only followed until age five, which prompted the researchers to want to understand outcomes beyond this cut-off point. The team gained access to information from the database of the universal health system in Quebec (Regie assurance maladie du Quebec), which tracks all interactions with the health system for everybody in the region.

They followed children between 1988 and 2016 and both groups were followed for around eleven years on average. The team matched children born to mothers with and without HIV using a 1:3 ratio. This compared 726 participants who remained HIV-free, with 2178 participants of the same age and gender, living in the same neighbourhoods who were born to mothers not living with HIV. Dr Kakkar shared that the team felt matching based on postal codes would support them in accounting for social, economic and environmental factors.

The study tracks some of the oldest children born to mothers living with HIV in the world. While most of the children were exposed to older regimens, the team has not attributed any specific antiretroviral to the outcomes. A particular challenge for the team in matching children from both cohorts were the significant differences in premature birth (14% of children of mothers living with HIV, compared to 9% of HIV-negative mothers).

Analysis of the datasets was carried out to look for indicators of poorer health outcomes, starting with hospital admissions. Over their life span, in this cohort the children of mothers living with HIV were 42% more likely to experience hospitalisation, which remained higher when adjusting for premature birth with a 23% difference.

Outcomes relating to six other categories were tracked.

A key disparity was intellectual disabilities. However, the overall occurrence was rare: 0.8% of children of mothers living with HIV experienced this, in comparison with 0.2% of children who were not exposed to HIV.

Delays in development occurred more than anything else, in around 12% of children of mothers living with HIV and 8.8% of children who were not exposed to HIV.

Birth defects: Children of mothers living with HIV experienced atrial septal defects at a rate of 8.4%, in comparison to just 2.8% of children not exposed to HIV.

Results for congenital musculoskeletal anomalies were more elevated for both groups: children of mothers living with HIV at 15% and children not exposed to HIV at 11%.

Cardiovascular system: No significant differences were found in the risk of long-term cardiovascular conditions.

Cancer: No significant differences were found in the risk of cancer.

Respiratory: No significant differences were found on the risk of long-term respiratory conditions.

The team was limited by their use of administrative data, instead of more detailed clinical records. Matching in neighbourhoods was also imperfect and multiple confounders could not be adjusted.

The strength of the study is its long-term data. Additionally, it provides insights into indicators such as diabetes that should be explored in larger cohorts.

All things considered, the findings do confirm the results of previous cohorts globally and the clinical reality in Montreal. This raises signification concerns for the growing population of HIV-free children of mothers living with HIV. The team suggest that in light of the data, these children should receive:

They have been able to use the data to change clinical care in Montreal. There is now continued and enhanced care after a child’s negative HIV test, providing opportunities to support children who remain HIV-free with early interventions where necessary. However, much more work is to be done to understand what exactly is driving the poor outcomes. The team hopes that when more data is available, it can be used to support families to understand how their children can be supported to live healthily whether they are living with HIV or not.

The study was also presented at AIDS 2022: