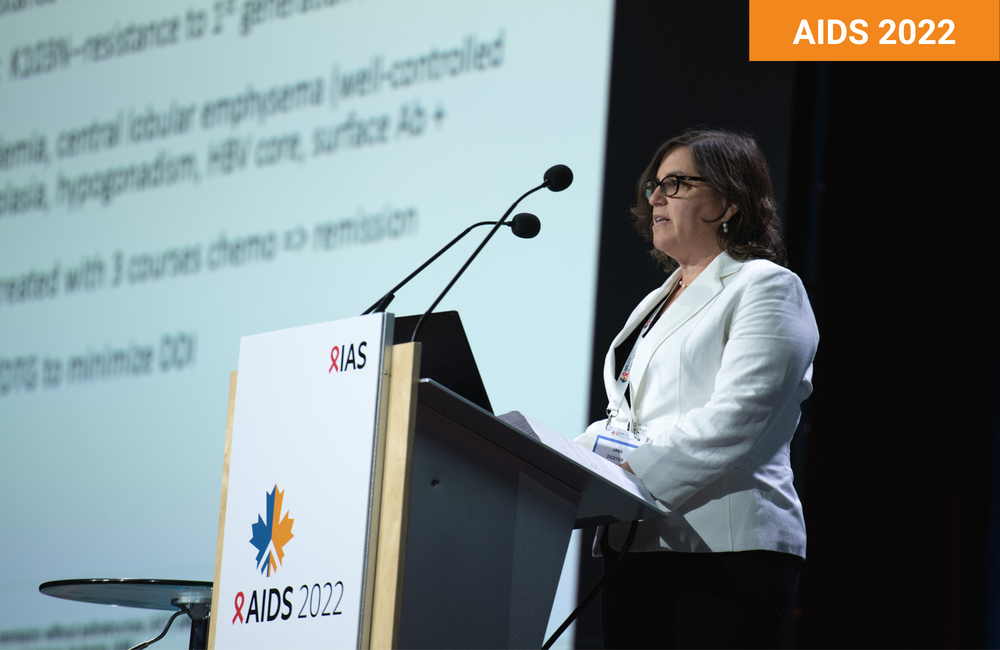 A man in southern California, dubbed the 'City of Hope patient', appears to be the latest person cured of HIV after receiving a stem cell transplant from a donor with a rare mutation, bringing the total to five, according to a presentation on Monday at the 24th International AIDS Conference (AIDS 2022) in Montreal. The man remains free of HIV more than 17 months after stopping antiretroviral therapy (ART) and his leukaemia also remains in remission.

The man is older than the handful of other people previously cured after such a procedure, he has been living with HIV longer and he received a less harsh conditioning regimen prior to the transplant. This suggests that this approach may be possible for a wider subset of HIV-positive people with advanced cancer, but it is far from feasible for the vast majority of people living with HIV. Yet the case could provide clues that help researchers develop more widely applicable approaches for long-term HIV remission.

“The City of Hope patient’s case, if the right donor can be identified, may open up the opportunity for more older patients living with HIV and blood cancers to receive a stem cell transplant and go into remission for both diseases,” said Dr Jana Dickter of the City of Hope cancer centre near Los Angeles, who described the case at the conference and at an advance media briefing last week.

The City of Hope patient

In early 2019, at age 63, he received a stem cell transplant from an unrelated donor with a double CCR5-delta-32 mutation, which deletes the receptors most strains of HIV use to enter cells. Before the procedure, he underwent reduced-intensity conditioning chemotherapy designed for older and less fit patients, and he developed only mild graft-versus-host disease, a condition that occurs when donor immune cells attack the recipient’s body.

Tests showed that the man achieved “100% chimerism”, meaning all his immune cells originated from the donor, Dickter reported. He continued ART (dolutegravir, tenofovir alafenamide and emtricitabine) for two years after the transplant. At that point, with a stable undetectable viral load, he and his doctors decided to try a carefully monitored treatment interruption.

More than three years after the transplant – and over 17 months after stopping antiretrovirals – he has no evidence of HIV RNA viral load rebound and no detectable HIV DNA in peripheral blood cells, a marker of the latent viral reservoir. Gut tissue biopsies also found no evidence of replication-competent virus.

Laboratory studies showed that his new blood cells were impervious to HIV strains that use the CCR5 receptor. However, Dickter noted that the man might remain susceptible to infection with virus that uses the alternative CXCR4 receptor, so she has counselled him about using PrEP (regular medication to prevent HIV infection).

What’s more, the man shows no detectable HIV-specific T-cell responses and his HIV antibody level has declined over time. Interestingly, he does continue to have antibodies against hepatitis B virus, even though the donor is HBV-negative.

“We were thrilled to let him know that his HIV is in remission and he no longer needs to take antiretroviral therapy that he had been on for over 30 years,” Dickter said in a City of Hope press release. “He saw many of his friends die from AIDS in the early days of the disease and faced so much stigma when he was diagnosed with HIV in 1988. But now, he can celebrate this medical milestone.”

The man, who wishes to remain anonymous, added, “When I was diagnosed with HIV in 1988, like many others, I thought it was a death sentence, I never thought I would live to see the day that I no longer have HIV.”

A handful of stem cell cures

Only a small number of people have been cured of HIV after stem cell transplants. The first, Timothy Ray Brown, formerly known as the Berlin patient, received two transplants to treat leukaemia in 2006. His oncologist, Dr Gero Hütter, came up with the idea of using stem cells with the CCR5-delta32 mutation, speculating that it might cure both cancer and HIV.

As described at the 2008 Conference on Retroviruses and Opportunistic Infections (CROI), Brown first underwent intensive chemotherapy and whole-body radiation, and he developed near-fatal graft-versus-host disease. He stopped ART at the time of his first transplant, at age 40, but his viral load did not rebound. Researchers extensively tested his blood, gut and other tissues, finding no traces of replication-competent HIV. At the time of his death in September 2020, due to a recurrence of leukaemia, Brown had been free of HIV for more than 13 years.

A second man, Adam Castillejo, dubbed the London Patient, was also cured after receiving a stem cell transplant to treat Hodgkin lymphoma. As described at CROI 2019, he too received cells from a donor with the CCR5-delta-32 mutation, but he had less aggressive conditioning chemotherapy and developed milder graft-versus-host disease. A year and a half after the transplant, with no evidence of viable HIV, he stopped ART in September 2017, and he has now been HIV-free for more than four years.

At this year’s CROI, New York City researchers described a middle-aged woman with leukaemia who received a transplant using a combination of umbilical cord blood cells with the CCR5-delta-32 mutation and partially matched adult stem cells from a relative. She received intensive chemotherapy and radiation prior to the transplant but did not develop graft-versus-host disease, which is less common with cord blood. She stopped ART three years after the transplant and her viral load remains undetectable a year and a half later.

Finally, a German man, dubbed the Düsseldorf Patient, has not experienced HIV rebound more than three years after stopping ART following a CCR5-delta-32 stem cell transplant. Less is known about this case, which has not receive widespread media attention, but Dr Björn Jensen told NBC News that the man is “almost definitely” cured.

“These cures are no longer anecdotal – we now have a real case series,” Dr Steven Deeks of the University of California at San Francisco told aidsmap. “That this approach is curative is no longer really questioned.”

Researchers are still working to learn why these cures after stem cell transplantation were successful while other attempts have failed. Using stem cells with a double CCR5-delta-32 mutation seems to be key. At CROI 2012, researchers described two HIV-positive men in Boston who received stem cell transplants for cancer treatment from donors without the mutation. Both experienced viral rebound after stopping ART, though this was delayed.

Some have posited that the graft-versus-host reaction might play a role in eradicating HIV, but the five patients who were cured received different pre-transplant conditioning regimens and some experienced mild or no graft-versus-host disease.

Even as each new case provides more answers, stem cell transplants remain far too risky for people who do not need them to treat life-threatening cancer. Seeing the host as ‘foreign’, the donor immune cells can attack the recipient’s tissues and organs, which may necessitate immunosuppressive therapy. While waiting for donor cells to engraft, patients are highly susceptible to infections. What’s more, the procedure is medically intensive and costly and would be impossible to scale up to treat the millions of people living with HIV worldwide.

Nonetheless, each case offers clues that could help researchers develop strategies that lead to more widely applicable functional cures, or long-term remission without ART. Deeks, for example, hopes emerging gene-editing technologies might be used to delete or disable CCR5 receptors and make an individual’s own immune cells resistant to HIV entry.

“These cases are still interesting, still inspiring and illuminate the search for a cure,” International AIDS Society president-elect Dr Sharon Lewin of the Peter Doherty Institute for Infection and Immunity in Melbourne told reporters during an AIDS 2022 advance media briefing.

But some advocates question why these rare cures, which won’t help most people living with HIV, get so much more attention than natural or post-treatment controllers, one of whom was also described at the conference.

“I think they’re selling us a bill of goods,” DARE-CAB member Michael Louella said during the discussion following the presentation. “I’m never going to get that [a stem cell transplant], but this other type of remission that doesn’t get so much attention could be applicable for more people.”