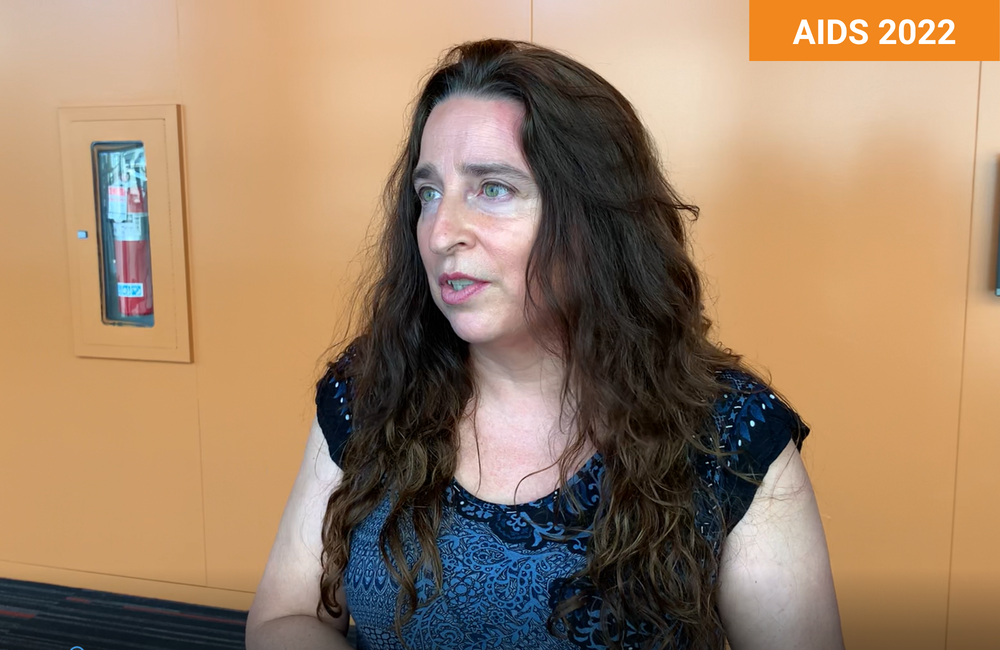 A woman in Barcelona has maintained an undetectable HIV viral load for more than 15 years after stopping antiretroviral therapy, according to a case report presented on Friday at the 24th International AIDS Conference (AIDS 2022) in Montreal. Her HIV has not been completely eradicated, so she cannot be considered cured in the strictest sense, but she appears to be in prolonged remission without antiretrovirals, sometimes called a ‘functional cure’.

While this woman is an exceptional post-treatment controller, and her experimental regimen would not be suitable for widespread use by people living with HIV worldwide, her case may provide clues to help researchers develop more broadly applicable strategies for long-term remission.

“The presented case is exceptional, not just because there are so few people with long-term post-treatment control but also because of the HIV-control mechanism, which is different than that described in elite controllers and other cases documented to date,” study co-investigator Dr Josep Mallolas of Hospital Clinic-IDIBAPS at the University of Barcelona said in a press release.

The viral reservoir and immune response

Although antiretroviral therapy (ART) can keep HIV replication suppressed as long as treatment continues, the virus integrates its genetic blueprint (known as a provirus) into the DNA of human cells, establishing a viral reservoir that is unreachable by antiretrovirals and usually invisible to the immune system. These proviruses can lie dormant in resting immune cells indefinitely, but they can start churning out new virus when ART is stopped.

The handful of people thought to be truly cured of HIV received stem cell transplants for cancer treatment from donors with a rare mutation, known as CCR5-delta-32, that blocks HIV from entering immune cells. (A fifth such case was reported at AIDS 2022.) But a larger group – though still only a small fraction of people living with HIV – are able to keep the virus under control, either from the onset of infection or after stopping ART (post-treatment controllers).

The new case, presented by Dr Núria Climent of Hospital Clinic-IDIBAPS, involves a woman – dubbed the Barcelona Patient – who at age 59 was diagnosed with HIV during acute infection (Fiebig stage V). People with very early infection have a smaller viral reservoir, which improves their prospects for a functional cure. At baseline, her viral load was about 70,000 and she still had a high CD4 cell count (about 800).

The woman joined a small clinical trial testing various immune-modulating therapies (NCT00979706). She first received a standard antiretroviral regimen of lopinavir/ritonavir, tenofovir disoproxil fumarate and lamivudine for nine months plus a short course of cyclosporine A (an immunosuppressive drug).

At that point, she had a brief planned treatment interruption, during which she received granulocyte-macrophage colony-stimulating factor (an agent that promotes production of white blood cells) and interferon-alpha (a cytokine that regulates innate, or non-specific, immune activity). She then restarted ART plus a short course of interleukin-2 (a cytokine that activates T-cells and natural killer cells).

Eight weeks later, with a suppressed viral load, she undertook another analytical treatment interruption, but her HIV did not rebound as expected after stopping antiretrovirals. Not only did her plasma HIV RNA viral load remain undetectable, she also experienced a “pronounced and progressive” reduction of the viral reservoir, as indicated by a 98% decline in total HIV DNA and a 94% decrease in integrated proviral DNA in CD4 cells, Climent said. However, using a viral outgrowth assay, researchers were able to isolate a small amount of virus capable of replication.

Hoping to shed more light on the woman’s unusual response, researchers performed a genetic analysis, finding that “she had no classical genetic factors” associated with natural viral control, including the HLA B*57 variant or the CCR5-delta-32 mutation that makes CD4 cells resistant to HIV. And indeed, her T-cells were found to be susceptible to HIV entry in a laboratory analysis. She also presented with severe acute-phase infection, which is not typical for elite controllers.

The woman did not have defective virus, which has been found in some people who naturally control HIV. Researchers were able to isolate her virus and culture it in the laboratory, showing it could replicate normally.

Although Climent did not present detailed outcomes for the other 19 people in the trial, she told reporters at an AIDS 2022 media briefing that the woman “was the only one that was able to control [HIV] during the long term.” Of note, this exceptional controller was reportedly the only woman in the study, and other research suggests women may have an advantage over men when it comes to controlling HIV without ART.

The question now is whether researchers can use information gleaned from this case and those of other exceptional controllers to develop treatment strategies that could enable the millions of typical people with progressive HIV to keep their virus under control over the long term without ongoing antiretroviral therapy.

Discussing the case with fellow HIV treatment advocates, aidsmap writer Gus Cairns noted that such cases of long-term remission get less attention than the rare cures after a stem cell transplant, a risky procedure that is only appropriate for HIV-positive people with life-threatening cancer. Some of the cases are of natural controllers, like the Buenos Aires Patient described last year, while others manage to control HIV after ART and various immune-based therapies.

“At present, they seem to have little in common, and they are usually N=1 out of their cohort,” Cairns wrote. “But there must be something in common they share, and the Barcelona patient is pointing towards some possibilities. I'd like to see more global funding, advocacy and media attention go to post-treatment controllers so that we can find out how to make what happened to them repeatable at scale.”