The proportion of people in the United States with extensive resistance to antiretroviral therapy (ART) and limited treatment options declined markedly after 2012, in large part thanks to the availability of potent new drugs, according to research presented to the 10th International AIDS Society Conference on HIV Science (IAS 2019) in Mexico City. Since 2012, only 1% of people who have taken ART have had extensive resistance.

Combination ART regimens first became available in 1996, transforming the prognosis for many people with HIV. However, many of the early drugs lacked potency. This meant that resistance could easily develop, especially if adherence to their often-complicated dosing regimens was less than perfect.

Since then, more powerful drugs less vulnerable to resistance, and with easy adherence schedules, have been developed, including boosted protease inhibitors such as darunavir and the integrase inhibitor class of anti-HIV drugs. New drugs for people with extensive resistance, such as ibalizumab, fostemsavir and leronlimab (PRO 140), have recently become available or are being studied.

A team of US investigators wanted to track changes in the proportion of ART-experienced people with antiretroviral resistance and limited treatment options ('heavily treatment experienced'). They examined data from between 2000 to 2017 for seven sites across the US enrolled in the Centers for AIDS Research Network of Integrated Clinical Systems.

'Heavily treatment experienced' people were defined as people who had taken ART and who, due to drug resistance, now had only two antiretroviral classes available to them, with no more than two viable drugs in each class.

The study population consisted of approximately 27,000 ART-experienced people. Most were male (81%); 43% were white and 41% black; and 53% were in the men who have sex with men HIV risk category. The median age was 46 years. 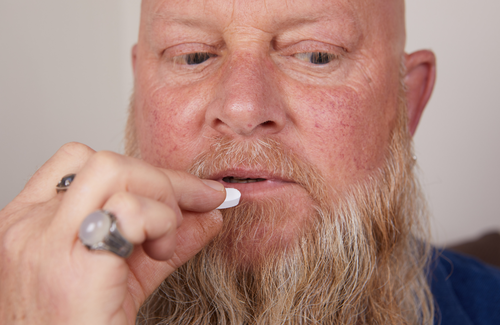 The investigators conclude that the prevalence of extensive drug resistance among ART-experienced patients was stable in the early ART era, declining after 2006-08 and falling to 1% in the contemporary treatment era. This pattern suggests that the decreases are indeed due to the introduction of new drugs with a higher barrier to resistance, leading to improvements in treatment and care.

Treatment with fostemsavir plus optimized background therapy may be a viable treatment option in heavily treatment-experienced patients with multidrug-resistant HIV, according to results of a study in Clinical Therapeutics.
Infectious Disease Advisor
30 Jun 22
Injectable & long-acting HIV treatment

Theratechnologies to Focus Its Commercialization Activities on the North American Territory

“It is unfortunate that we had to come to this conclusion, but the pricing and reimbursement conditions for Trogarzo® [ibalizumab] in key European countries were not satisfactory to Theratechnologies."
Theratechnologies press release
28 Apr 22
Injectable & long-acting HIV treatment