Talking about HIV status when you are undetectable

Over the years, a lot of researchers have asked people with HIV about their decisions to talk about (or not talk about) having HIV with sexual partners. But not many of those studies have been done since it’s become well known that Undetectable = Untransmittable (U=U), in other words that people who have an undetectable viral load can’t pass on HIV to their sexual partners.

US researchers recently asked 20 undetectable gay men about discussing their HIV status with men they have sex with (or men they might have sex with).

But many others didn’t feel this was the case because of U=U. "I just don’t see how there has to be a conversation had, if the person who’s undetectable knows they’re undetectable, knows they can’t transmit,” one man told the researchers.

Many participants disclosed when asked, but did not make the information readily available. They thought that partners not asking meant they are willing to assume the risk (which in their case is non-existent).

Other interviewees said that by making their HIV status clear on their hook-up app profiles, they avoided ‘awkward conversations’ – they did not know when they were rejected due to HIV, which protected their emotional wellbeing. 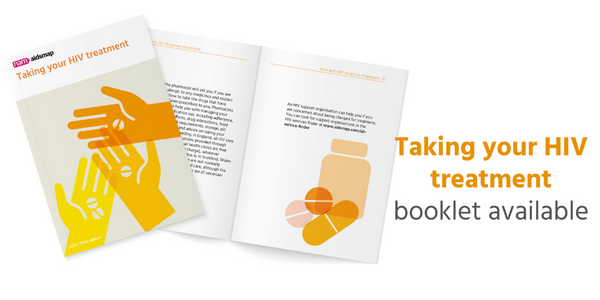 The new edition of our booklet Taking your HIV treatment is now available on our clinic portal.

The booklet provides basic information on how HIV treatment works, what taking it involves and how to manage it in your life.

Staff and patients at UK-based HIV and GUM clinics that are members of our subscription scheme can access the booklet on the clinic portal and clinics can order printed copies.

Last December, there was a major setback for the development of a new, long-acting HIV medication called islatravir. Some people taking part in clinical trials had falls in CD4 cells and other types of white blood cells. As a result, the studies were put on hold while the problem was investigated.

Last week, the pharmaceutical company developing islatravir announced that US drug regulators have given it permission to restart some studies of the drug for use as HIV treatment.

But there has been no announcement about development of injections or implants under the skin. One of the hopes with islatravir was that it might be potent enough for formulations like these to work for several months at a time, but this now looks uncertain. And we know for sure that development of islatravir pills for prevention (PrEP) will not be taken forward.

There's only a few more days to apply for our Fundraising and Development Manager vacancy.

The post will be responsible for managing our relationships with existing funders in order to secure and build income, developing new income sources and leading on the planning, development and delivery of restricted funded projects with colleagues.

Applications close on Monday 3 October at 10am.

HIV treatment guidelines around the world give different advice on the best anti-HIV medications to take during pregnancy. But a new study from the US suggests that dolutegravir should be used in preference to atazanavir/ritonavir or raltegravir, with darunavir/ritonavir as an alternative if dolutegravir is not feasible.

The findings are likely to be taken into account by experts updating treatment guidelines in the UK, Europe and US. Their current guidelines are not in line with the outcomes of the study which tracked over 1200 pregnancies in people with HIV.

The researchers assessed how many people who started HIV treatment before or during pregnancy had an undetectable viral load at the time of delivery. This is crucial for preventing HIV from being passed on.

Whereas 96% of those taking dolutegravir had an undetectable viral load at the time of delivery, the percentage of women who were virally suppressed was lower for several other regimens (atazanavir/ritonavir 84%, darunavir/ritonavir 90%, raltegravir 89%, elvitegravir/cobicistat 90%). Results for rilpivirine were comparable with those for dolutegravir.

There were no clear differences in terms of adverse birth outcomes like babies being born early or underweight.

And, as we reported in the last HIV update, the latest data from other studies show that dolutegravir is not linked with birth defects. 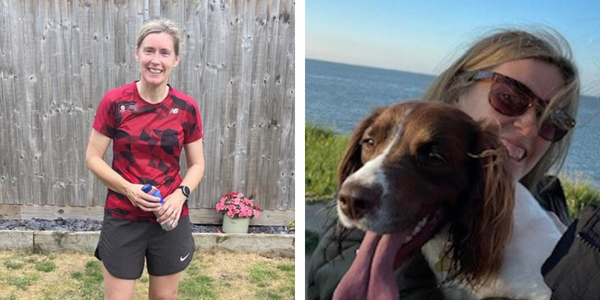 This Sunday 2 October, more than 40,000 people will be taking part in the London Marathon. One of these is Louisa Hewett, who we are thrilled is running for NAM aidsmap.

Louisa says: “I have always felt that there is a lot of misinformation about HIV and I am therefore delighted to be running this year’s London Marathon for NAM, raising awareness and fundraising for a charity that provides people clarity and information at a time when everything can be extremely confusing and daunting.”

The haunting of (long) COVID: why the pandemic isn’t over, and how it affects people living with HIV | TheBodyPro

Researchers now know that even mild COVID can lead to chronic disease and long-term disability for some people. But why does this happen, and how does long COVID affect people living with HIV?

Researchers reviewed 23 years of healthcare information from more than 19,000 people with HIV in Ontario. Despite decreases in AIDS-related cancers, people with HIV had a 20% greater risk of cancer.

A high rate of monkeypox cases occur in people with HIV. Here are 3 theories why | NPR

Health experts have an initial thought and then three theories on key contributing factors – with a leading contender among them.