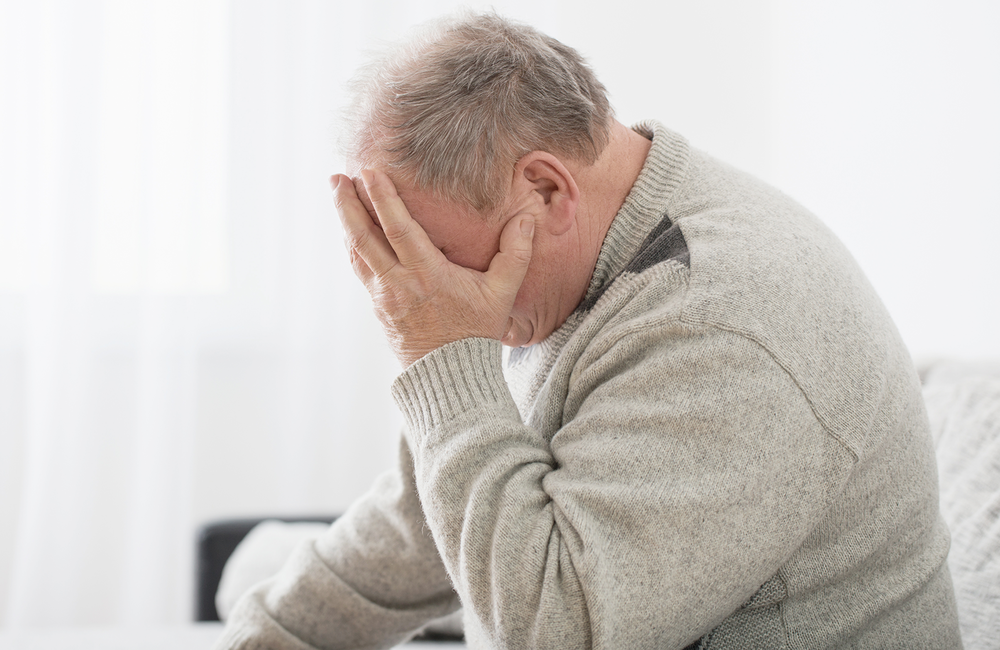 You might have noticed changes such as a shorter attention span, slowness in processing information, less fluency in the use of language, a reduced ability to plan and organise everyday life, or lapses in memory. Most people in their 50s, 60s and 70s begin to notice some lapses in memory or slower thinking. These changes are a normal part of getting older. But if someone has more of these difficulties than their peers of the same age, this may be described as cognitive impairment.

Cognitive impairment can have a wide range of causes. While we often think of the mind and the body as separate spheres, our physical health has a great impact on our cognitive processes. Cognitive impairment is usually caused by physical changes and diseases in the brain.

The latest news and research on neurological & cognitive problems

What’s more, rather than having a single cause, cognitive impairment is often the result of a combination of factors. For example, one person’s heavy drinking, blocked arteries and history of having a low CD4 count may all contribute to their cognitive problems.

Many of the risk factors for cognitive impairment can be treated or changed. By dealing with them, it may be possible to lower your risk of having problems or prevent problems from getting worse.

If you have mild cognitive impairment, this does not necessarily mean that the situation will progress to a more severe impairment which interferes with your daily life and your independence (known as dementia). In particular, in people taking effective HIV treatment, HIV-associated cognitive disorder does not progress to dementia. (The more severe illness, known as HIV-associated dementia, is now hardly ever seen except in people who are diagnosed with HIV at a very late stage, with a very low CD4 count.)

Your lifestyle and cognitive impairment

Changes to your lifestyle can reduce your risk of cognitive impairment. Generally, things which are recommended in order to protect the health of your heart will also protect your cognitive abilities. It’s also important to continue to be socially connected and mentally engaged.

If you are beginning to have problems with cognitive impairment, the same lifestyle changes will help prevent problems getting worse.

Limit your intake of alcohol and recreational drugs. Avoid binge drinking (drinking a lot of alcohol in a short space of time).

Eat a healthy, balanced diet, with a lot of vegetables, fruit, beans, whole grains and fish. Try to cut down on saturated fat (e.g. cakes, biscuits, cheese) and limit the amount of red meat and processed meat you eat. Reduce your intake of foods high in sugar or salt.

Exercise regularly. You should aim to do at least 150 minutes of moderate aerobic activity every week (for example 30 minutes on five days a week). Moderate activity will raise your heart rate and make you breathe faster and feel warmer. It includes activities like walking fast, dancing, gardening and cycling. Studies show that regular physical exercise in middle-aged or older adults reduces the risk of developing dementia.

Lose weight if you're overweight.

Get enough rest and sleep.

Stay socially active. Make an effort to see friends and family, get involved in activities, join a club, or volunteer for a charity. It’s important to strengthen and extend social networks as you get older.

Having any of these health conditions puts you at increased risk: raised cholesterol, diabetes, high blood pressure, atherosclerosis (hardening of the arteries), stroke or transient ischaemic attack (‘mini-stroke’). Having previously had depression increases the risk of cognitive impairment later in life.

The lifestyle factors mentioned in the previous section are also important.

As well as the risk factors mentioned above, having previously had a very low CD4 count raises the risk of HIV-associated cognitive disorder. Problems experienced now may be a legacy of damage to the brain caused by HIV or opportunistic infections before you started HIV treatment.

Even with treatment, HIV may occasionally be present in the fluid that surrounds the brain and spinal cord, even though it is undetectable elsewhere in the body. This may provoke inflammation which affects cognitive performance. While HIV treatment is generally beneficial for brain health, efavirenz is one medication that may have a negative impact in some people.

While cognitive impairment among people living with HIV has been massively reduced in the era of modern HIV treatment, research shows that even people with HIV who are on treatment may still have an increased risk of cognitive problems and dementia, in comparison to people who don’t have HIV.

These can range from:

Some studies have compared cognitive function in people living with HIV and in HIV-negative people of a similar age, education and lifestyle using cognitive tests that can detect small declines in memory and thinking processes. They have shown small differences in test results, but these changes may have no meaningful impact on people’s lives. Researchers do not agree on whether people with asymptomatic impairment are likely to go on to have mild impairment.

More recent ‘real world’ research shows that people living with HIV are at increased risk for being diagnosed with dementia and that they are diagnosed at a younger age than HIV-negative people. This includes dementia of many causes, including vascular dementia, Alzheimer’s disease and HIV-associated dementia.

Symptoms might be noticed by you, your partner, your friends or your family. They may be mild, subtle changes. The symptoms may be fluctuating, meaning that they come and go. Many people who have these symptoms find that the situation improves over time.

Symptoms of various types of cognitive impairment can include:

Your doctor will use a range of information to assess your cognitive function and identify the cause of any problems. You will be asked to do some simple tests of memory, mental processing and physical co-ordination. You’ll be asked about how any symptoms are affecting your daily life.

You might see a specialist for a more detailed series of written or computerised tests to assess your degree of difficulty with different types of problems. This can also help identify the type of cognitive disorder as different parts of the brain are important for different skills.

"HIV-associated dementia is now very rare. This is because of the widespread use of effective HIV treatment."

Your doctor should consider all possible causes of cognitive problems, reviewing your entire medical history. You may need to take additional blood tests, to see if an infection, chemical imbalance or vitamin deficiency is contributing to your difficulties.

A brain scan (usually an MRI scan) may be used to look for causes such as strokes or tumours. Your doctor may recommend a lumbar puncture – this involves a needle being inserted into the lower back to take a sample of the fluid that surrounds the brain and spinal cord (called the cerebrospinal fluid or CSF). This fluid is checked for infections and for evidence that HIV treatment is working in the brain.

The results of these tests can be monitored over time.

If medical problems or lifestyle factors may be contributing to cognitive impairment, then it is important to deal with these. For example, you may need to get help tackling depression or anxiety, to take medication to lower high cholesterol or high blood pressure, or to cut down on alcohol and recreational drugs. (See the section on lifestyle, earlier in the factsheet.)

If your problems appear to be linked to HIV, a vital part of treatment is to optimise your HIV treatment. If you are not yet taking HIV treatment, you should start. If you do not have an undetectable viral load, you may need help with adherence to achieve this. Your doctor may use a lumbar puncture to check that the viral load in your cerebrospinal fluid is also undetectable and that there are not any signs of virus that is resistant to your anti-HIV drugs.

Rehabilitation may be provided to help you learn ways to cope with cognitive impairment. Occupational therapists can help with day-to-day activities; speech therapists with communication problems; and psychologists with emotional and mental health issues.

The Alzheimer’s Society provides information on all types of cognitive impairment and dementia. Their website is www.alzheimers.org.uk and you can contact their helpline team on 0300 222 1122.