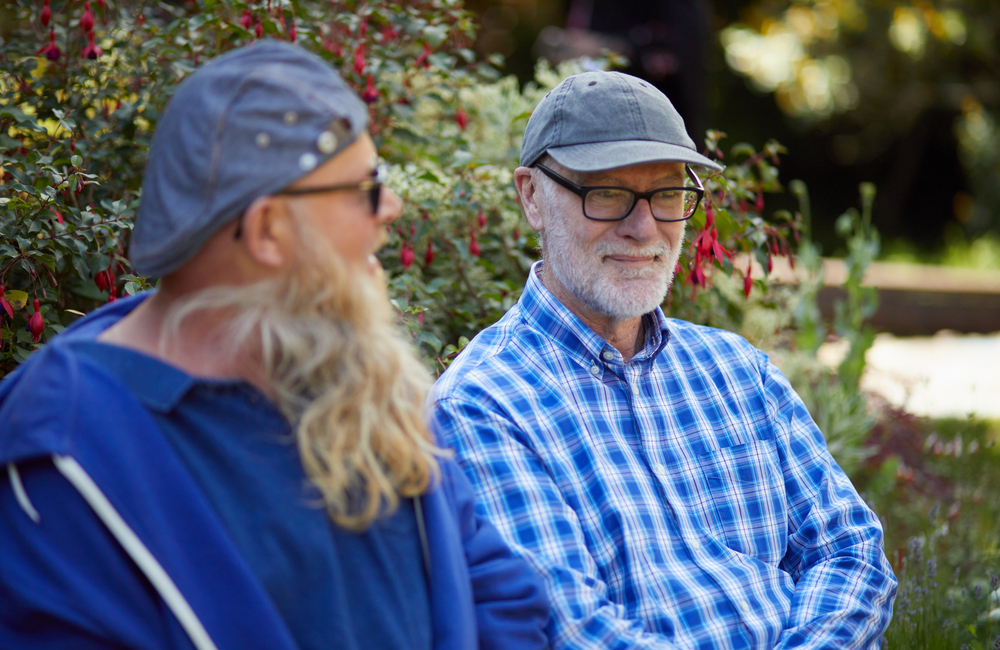 Research by Dr Kate Alford of Brighton and Sussex Medical School and colleagues gives new insight into the impact of cognitive impairment on people living with HIV. The study shows the ways cognitive impairment impacts day-to-day life, sense of agency and social connection. This is the first qualitative study directly exploring health-related quality of life in people with HIV experiencing cognitive impairment.

Cognitive impairment particularly, but not exclusively, affects people in older age. Reflecting this, participants were aged between 35 and 80 years-old (median 56). The majority were men (18) and White British (11); eight were Black African. The study included 14 gay and bisexual men and ten heterosexual men and women. Participants had been living with HIV for a median of 17 years; the majority were not in employment and had low incomes.

Participants described the detrimental effects on their day-to-day activities, such as housework, managing medication and using technology:

“I can’t use a cashpoint, because I kept taking the card out but forgetting and leaving my money… I can’t use a self-service in a supermarket… I have to queue with a trolley, because I get… I don’t… I can’t... do things anymore” – Male, 64, severe impairment

The impact on their ability to work affected their self-esteem and independence. While some wanted to stay at home and stop work, others relied on supportive employers:

“I thank god for work… I think work have been really good at supporting me mentally, my manager knows about my [cognitive] problems and they are quite flexi, I can take time out… I’m well supported, it makes a huge difference to everything” – Female, 49, mild impairment

Participants shared how cognitive impairment affected their memory and concentration, and consequently their sense of self-agency:

“Sometimes it gets very hard and bad because you are round and round on the same thing, you get frustrated and anxious about what you have done or what things you are supposed to do on that day… It’s like your memory feels as though you’ve got a cloud, a fog over it that impacts everything.” – Female, 63, moderate impairment

For most interviewees, cognitive difficulties led to social withdrawal and less socialising. This was compounded for those who already had limited connections, especially for gay men, those who were single and without children:

“You end up slowly getting rid of them [friends]... you start to put distance… You then start having missed calls and you think ‘Oh no, they want that, I can’t cope with it’. So... everybody starts to pick up [on it]… so I lost a lot of friends through that.” – Male, 64, severe impairment

However, support from family and friends was important in limiting negative effects and maintaining quality of life:

Despite some environments, such as church, providing a space for connectedness, Black heterosexual participants spoke about the stigma they might experience if their HIV status was known. This discouraged them from talking about their cognitive difficulties. Others had experienced direct stigma at work:

“It led back [when I spoke about cognitive problems to employers]... when she knew I was HIV, she told another woman, and they were so rude, awful to me. I left, [and] now I worry about working and it’s just affected me...how I feel about myself, it was very traumatic, very upsetting.” – Female, 52, mild impairment

Several interviewees expressed a lack of self-worth, confidence and independence because of their cognitive impairment. This was also shown in derogatory language they used about themselves, such as “the village idiot”, “useless” and “worthless”:

“You’re not yourself… it’s like you’ve lost yourself… when you can’t remember anything, constantly relying on people to remind you to do stuff. I think it’s horrible and it’s got a great impact on the quality of life you can have.” – Female, 47, mild impairment

However, others reflected on previous challenges they had overcome and their ability to cope with adversity:

“I’m a strong person, after the shock of it [diagnosis of cognitive impairment] but I’m resilient, I know this. You just have to try to enjoy life, not worry too much and get on with things – Male, 55, mild impairment

There were differences in this aspect between the 25 participants, which largely depended on how they viewed their HIV status. Those who viewed HIV as a “curse” had experienced increased distress and sense of powerlessness over all aspects of their health. Those who were able to compartmentalise HIV as one aspect of their health had a better sense of control and acceptance:

“I was grieving about it, given what you are losing basically and then [I’ve] come to terms with it, with HIV, I can actually say that I have mastered it...because I’ve been actually trying to understand it in full, how it works... I am learning about my memory now and it won’t necessary get worse, which makes me feel better.” – Male, 38, moderate impairment

Gaining a greater understanding of cognitive impairment enabled some interviewees to address their difficulties. Using strategies like diaries and alarms, along with support from loved ones, helped them to hold onto their independence.  Other approaches like brain-training games, volunteering and lifestyle changes (e.g. reducing alcohol consumption) eased their concerns over their cognition worsening in the future, and helped to give a sense of control over health outcomes.

Many participants experienced poor mental and physical health. In particular, they reported that their poor mental health had started or got worse due to cognitive problems:

“It isn’t something that’s easy [cognitive impairment]... It doesn’t make you a very happy person. And happiness depends on everything… on the state of your mind being able to cope with life, it’s just always there.” – Female, 45, mild impairment

“This has just thrown me a bit, I’ve been good the last 10–15 years [referring to prior depression], been able to get on and stuff... but it’s very, very worrying, forgetting things all time, it does, it does make me feel pretty miserable if I’m being honest.” – Male, 50, mild impairment

Others spoke about the ways they managed this, through gratitude and wellbeing practices:

“I do mindfulness and some yoga now, which I think makes me more present with my memory problems so I’m going to forget things less… well that’s the idea, and I am drinking a lot less now which I’ve been told will help… yes, there is some hope for me I think.” – Male, 57, mild impairment

The authors recognise that as their sample was predominantly White gay and bisexual men and Black heterosexual women in city areas who are already accessing specialist care, certain differences cannot be explored in these data. These include how co-morbidities, time since diagnosis, and duration on anti-HIV drugs may impact the experience of cognitive impairment.

Regardless, this study offers an understanding of cognitive impairment that goes beyond the prevalence, risk factors and clinical features that research typically covers. The study provides insight into the day-to-day realities of living with both HIV and cognitive impairment, which can help clinicians to understand the impact and hopefully improve clinical care and communication.

Alford K et al. “A fog that impacts everything”: a qualitative study of health-related quality of life in people living with HIV who have cognitive impairment. Quality of Life Research, online ahead of print 17 May 2022 (open access).