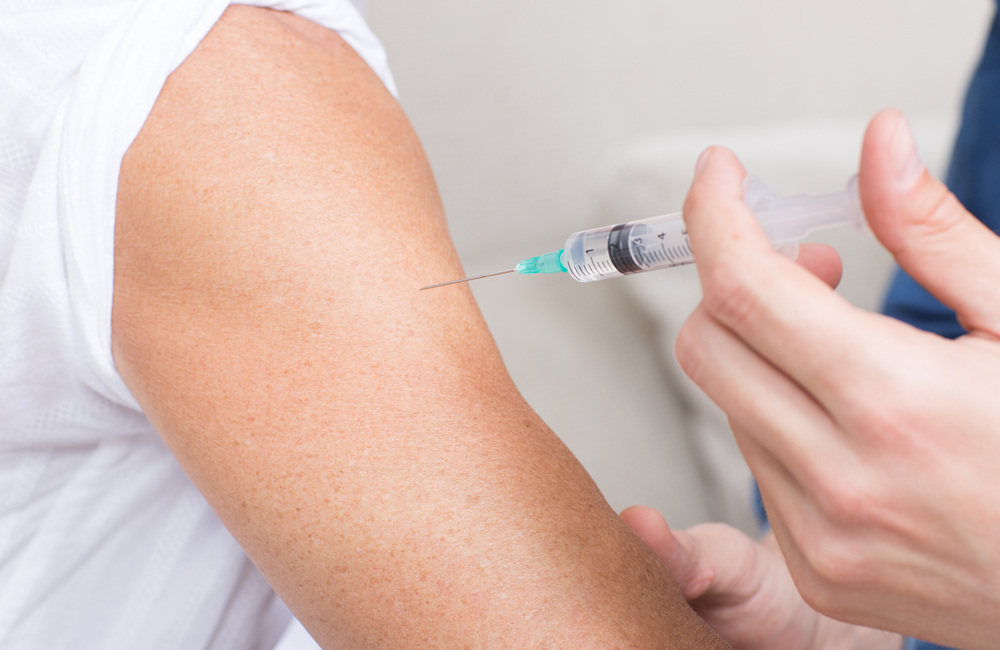 Most adults have had HPV infection. Very often, the body can get rid of the virus without you ever knowing you had it. In people living with HIV, the body seems to be less able to get rid of HPV on its own.

On the other hand, other doctors argue that current treatments aren’t good enough to make screening worthwhile in people who haven’t got symptoms. The treatments can be uncomfortable, have side-effects and don’t always stop high-grade AIN from recurring. It could be worrying to find out that you have AIN, but if you didn’t know you had it, it’s possible that it would go away on its own or cause you no harm.

The younger you are, the more likely you are to benefit. If you are older, it is more likely that you have already been exposed to several types of HPV, making the vaccine less effective.

Vaccination involves taking a course of three injections, over a six-month period. You can ask your HIV or sexual health doctor about getting vaccinated.

Using a condom during sex can also help to prevent HPV infection.

Similar symptoms can be caused by common health problems like haemorrhoids. It’s worth having them checked by a sexual health doctor or your GP. While some people are embarrassed or uncomfortable discussing this area of their body, it’s not unusual for doctors to examine the anus.

If you have had any of the symptoms mentioned above, a first check could be a rectal examination. This involves your doctor inserting a gloved finger into your back passage to feel for any lumps or swellings.

If necessary, a biopsy will be taken during the anoscopy. Tiny samples of tissue are removed, under local anaesthetic to minimise any discomfort. These cells will then be examined under the microscope in a process called histology in order to see whether they are normal cells, abnormal cells or cancerous cells.

Other examinations can include proctoscopy, which is similar to anoscopy but can also examine the rectum. Again, biopsies may be taken of what seems to be abnormal tissue. This is necessary to check if cells are cancerous.

If you have low-grade AIN, no treatment is needed. You may be asked to come back in six or twelve months for another screen.

If you have high-grade AIN, one of the following treatments may be offered:

The treatments can also have side-effects (such as skin irritation, pain and bleeding). For these reasons, some doctors would recommend ‘watchful waiting’ to people with high-grade AIN. This involves regular monitoring to check that the problem isn’t getting worse.

Chemoradiotherapy is usually successful but does sometimes cause long-term complications. These can include problems in relation to your bladder, bowels and sexual function.

Chemotherapy and radiotherapy both suppress the immune system, which may result in a significant drop in your CD4 count. You should be given drugs to prevent opportunistic infections (this is known as prophylaxis). Your CD4 count may be checked more often after cancer treatment than it would be normally.

If chemoradiotherapy doesn’t get rid of all the cancer or if there are signs that it has come back, surgery may sometimes be used.

Facebook
Twitter
LinkedIn
Print
Subscribe to emails & news feeds
Next review date
This page was last reviewed in November 2017. It is due for review in November 2020.
Acknowledgements

Thanks to Dr Alessia Dalla Pria and Professor Charles Lacey for their advice.