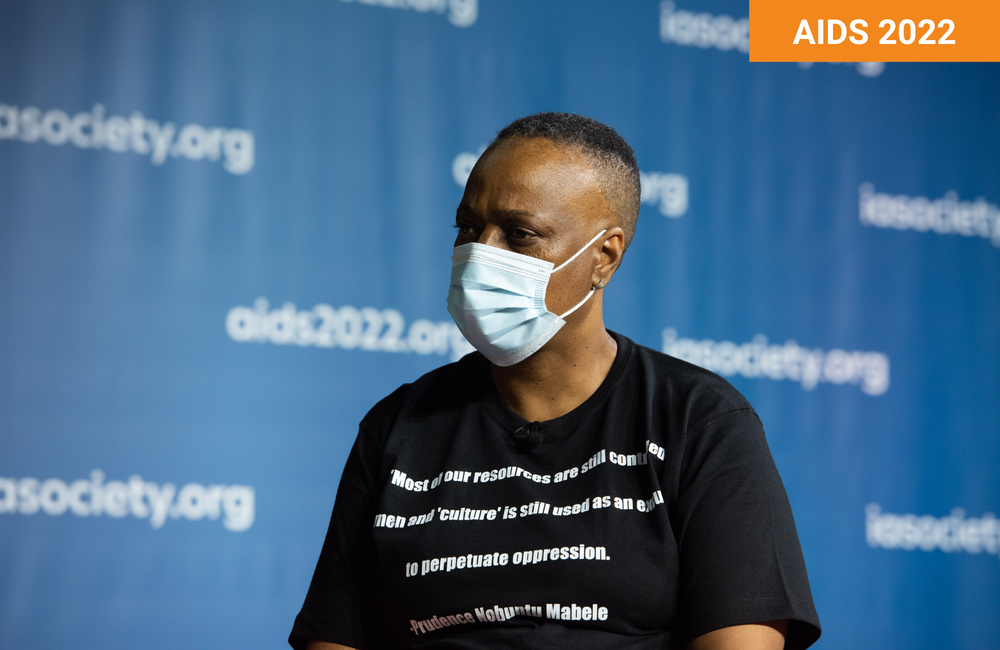 There is ongoing debate about the ethics of using individuals’ data in order to track HIV outbreaks at a molecular level, specifically related to concerns around the informed consent and confidentiality of people living with HIV.

Of particular interest is the use of a specific form of molecular epidemiology, phylogenetics, in this regard. Phylogenetics refers to the study of evolutionary relationships among entities, such as viruses. It can be used to identify two or more sequences that are closely related, the origin of outbreaks and factors associated with high rates of transmission, as well as helping to track drug resistance.

There is a difference between the use of phylogenetics in research contexts and for public health surveillance. Both applications were discussed at the recent 24th International AIDS Conference (AIDS 2022) in Montreal, with some believing it can be a highly beneficial technology when used with community consultation. However, community representatives were wary of the use of phylogenetics, and were quick to point out the potential for misuse – especially in instances where key populations are criminalised.

“The increasing clarity that these tools is giving us may allow for increased public health impact and improvements in our efforts to combat disease but there are also, of course, challenges that come with these new tools,” stated Professor Charles Holmes from Georgetown University. “Challenges around educating ourselves about their appropriate use, and challenges understanding where the appropriate ethical boundaries may lie, so that we protect the rights of individuals.”

Professor Christophe Fraser from the University of Oxford highlighted the immense benefits of phylogenetics in research contexts. For instance, if it were not for phylogenetic technology, we would not be able to say with certainty that Undetectable = Untransmittable (U=U).

In the studies that cemented the U=U finding, such as PARTNER 2, phylogenetic evidence was used to show that any HIV transmissions that occurred were not linked to the primary, undetectable partner. Phylogenetic analysis was required to prove that these transmissions occurred outside the relationship.

However, the U=U studies were not without critique. Fraser highlighted that there is a degree of both observation and experimentation that occurs in these types of studies. This raises certain ethical questions: should more have been done to intervene prior to HIV transmission occurring? Also, despite the participants providing consent for their data to be used in this way, revealing that an HIV transmission happened outside the relationship certainly raises issues of trust between the partners and exposes potential infidelity for the purposes of scientific advancement.

Fraser argued that privacy is not the main issue. Instead, the ethical principles of beneficence (doing good), confidentiality and informed consent are the central principles that need to be upheld. While he emphasised the promise that phylogenetic research holds for HIV prevention in contexts such as sub-Saharan Africa, he said less about how research techniques could be misused when linking networks of members of key populations. Often, cluster detection may reveal behaviours that may be criminalised, such as same sex relationships, injecting drug use and sex work. Instead, he suggested that the harms of molecular HIV surveillance can be mitigated through weighing potential risks and benefits in both research and public health surveillance, well-designed consent forms, anonymisation, and secure database storage.

Professor Peter Godfrey-Faussett, from the London School of Hygiene and Tropical Medicine, provided an alternative viewpoint, emphasising that while there may be strict ethical protocols in place for research with people, the same ethical protocols do not apply to public health surveillance. Consent is not always mandated and ethical principles such as beneficence (is the use of this technology more beneficial than more traditional methods?) are less frequently discussed than in research. Additionally, there tends to be a trade-off between protections for an individual’s freedoms and perceived public health benefits; one prominent example of this is public health agencies using COVID-19 testing data to enforce quarantines.

Godfrey-Faussett stated that this is a much wider conversation than just HIV and phylogenetic surveillance, as it speaks to multiple, broader issues. It is crucial to recognise that there are asymmetries of power, and that public engagement and dialogue is urgently needed to ensure that governance and regulation of a technology like phylogenetics catches up with its potential uses. Additionally, those using phylogenetics need to demonstrate strong evidence of actual benefits of doing so.

While some may take comfort in the idea that data is deidentified or anonymised for the purposes of public health surveillance, Godfrey-Faussett drew our attention to media headlines such as, “Five clusters of HIV identified in San Antonio, Hispanics affected most.” While no individuals may specifically be named, the potential for stigmatisation and harm to specific communities is evident.

Professor Bluma Brenner from the Lady Davis Institute provided an example of the insights gained from molecular HIV surveillance. Much of the 26% increase in HIV infections in Canada between 2014 and 2020 was attributable to immigration (subtype B arising from Haiti, Latin America and the Caribbean) and failures to prevent clusters of new infections in men who have sex with men (MSM).

Quebec has some of the largest clustering in the world, with 70% of transmission occurring among MSM in clusters, with 50% in large clusters, averaging 40 individuals who share a common virus. Large cluster variants tend to have a higher viral load than single infections, which means that there is an increased likelihood of transmission. Large clusters tend to be made up of younger people with more recent infections. All these are important factors when designing targeted HIV prevention campaigns or urging individuals from affected subgroups to get tested.

“All our data are anonymised and we don’t know who infects who – or direction of transmission,” Brenner said. “I believe it is important that all of this should be done anonymously.”

Yvette Raphael, an HIV activist from South Africa, recognised the distinction regarding the use of phylogenetics in research versus public health surveillance, but noted that communities do not always see this difference between research and surveillance. This may be because it has never been fully explained to them, or because community engagement has been lacking. Instead, they hear that their biomarkers are being collected and may be fearful or distrustful about the reasons why. “Data are collected and being used,” Raphael said. “The question is what are they being used for?”

Naina Khanna, from the Positive Women’s Network, pointed out that one of the pillars of Ending the HIV Epidemic in the US is focused on molecular surveillance and rapid cluster detection. However, this is occurring against a backdrop of HIV criminalisation for non-disclosure of HIV status or alleged transmission in most states.

Khanna summarised specific activist concerns, such as the lack of informed consent for the collection of genomic sequences and the fact that data protections, storage and data sharing agreements vary widely from state to state. Given the criminalisation of HIV exposure, sex work and drug use, key populations in some states may be much more vulnerable than others.

Khanna was also critical of how the media reports on cluster detection efforts. She cited one example where an HIV transmission cluster was reported among drug users and homeless people in Seattle, and the exact street that homeless people were living on was named by media outlets.

Chile’s president publicly apologized to a woman who was sterilized without her consent at a public hospital two decades ago because she was HIV-positive, ending a years-long legal process that included taking her case to the Inter American Commission on Human Rights.
Associated Press
30 May 22
Travel

From the end of this year, foreigners working in Russia must be tested every three months for diseases like syphilis, HIV and leprosy, and for drugs. Foreign business associations are appealing to Moscow to revise the rules.
Deutsche Welle
20 Dec 21
Confidentiality, consent & medical ethics

HIV Scotland has been fined £10,000 after the charity sent out an email containing the personal details of dozens of people. All 105 email addresses were visible to recipients, and 65 of the addresses identified people by name.
BBC News
25 Oct 21
More editors' picks