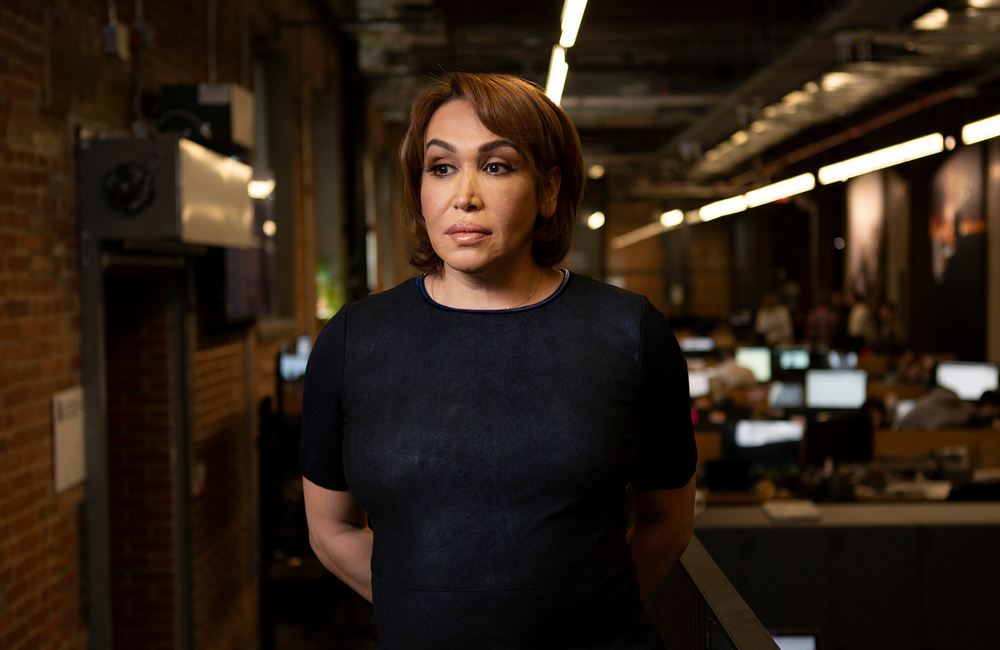 Peruvian trans women participating in PrEP studies expressed feelings of mistrust towards researchers, questioning who PrEP is really for and stating that PrEP is rarely provided once a study is over, leaving them feeling like guinea pigs. This is according to qualitative research carried out by Dr Amaya Perez-Brumer from the University of Toronto and colleagues, published in the Journal of the International AIDS Society.

Pre-exposure prophylaxis (PrEP) is a highly effective biomedical prevention tool to prevent HIV. However, uptake outside of high-income settings – and in groups other than gay men – remains low. In Latin America, obstacles such as high cost, challenges integrating PrEP services into the health system, and a lack of political will are some of the reasons for slow PrEP uptake.

“We are experiments for other countries to see whether or not we react well to the pills.”

However, medical mistrust in some communities also contributes to lower levels of uptake. This refers to a lack of trust and suspicions regarding the motives of the medical system. Medical mistrust used to be seen as a problem originating in certain communities, but is increasingly understood to be a justified response to systemic inequities in medicine and research.

Peru has been an important research site in Latin America, with Peruvians constituting more than half the men who have with men and trans women in the watershed iPrEX trial, which demonstrated the effectiveness of PrEP for the first time. Despite several subsequent studies and PrEP approval by the Peruvian Food and Drug Administration in 2017, it is still not integrated into the public health system and is mainly available to trans women through participation in research studies.

Qualitative data were gathered before and after a randomised PrEP adherence trial known as TransPrEP in Lima, Peru. All participants received six months of PrEP, routine HIV/STI testing and two counselling sessions. Those in the intervention group were offered an additional 14 community-based adherence workshops.

Of these participants, focus groups and interviews were conducted with 86 trans adult women (assigned male at birth) in 2015 and 2018. Sex work was the most common occupation for all participants, reported by over 40%.

“There are more and more studies, but we still get sick.”

All trans women interviewed had either participated in a research study or knew someone who had. The various studies with Peruvian trans women following the iPrEx trial were described as creating a competitive recruitment climate.

In many instances, these studies provided an opportunity to access medical care and HIV prevention that was otherwise difficult to access through the existing healthcare system.

“I found out about this study because I needed to get an HIV test and a friend told me that the easiest way to get a free test is through a study. I did, then I learned about PrEP and wanted to participate.” – Luisa, 19, active participant.

However, many trans women expressed that, despite all these studies, trans women were still contracting HIV and that follow-up care was often poor or lacking. Participation in research did not directly translate into health benefits for the women interviewed and they expressed a sense of no longer being seen as valuable research participants after contracting HIV.

“Just like my friends, I was always being contacted to participate in studies, until I found out I was positive. Since then, no research is interested in me” – Andrea, 36.

“How long have gringos [White Americans] been researching us? Why are we still getting sick? What will I do if I get HIV?” – Maria, 35, screened but never enrolled.

There were feelings of mistrust regarding both the intentions of researchers and PrEP’s ability to prevent HIV.

“People talk and trans women know of iPrEx and other American studies. They often tell me that they don’t believe in the pills, because they have heard of people that participated and now have HIV. . . so many of us are sick that it raises doubts that the research helps.” – Ruty, 34, facilitator.

Many participants wanted to continue PrEP beyond the study period and expressed fear that they would not be able to afford to, despite being offered a free temporary transition plan to assist them.

“I’ve told them about other studies, they tell each other about the resources they learn of, but when will they be actually able to afford to take PrEP outside of research?” - Ruty, 34, facilitator.

“Trans women have different needs and doctors and researchers don’t listen to us.”

Trans women stated that while the studies were meant to focus on their needs, many of their concerns – especially those regarding side effects – were often brushed aside by research staff, sometimes in ways that felt transphobic.

“I didn’t want to keep going to the clinic. I know I said I would as part of the study, but PrEP made my head hurt and that one doctor didn’t believe me and he kept making me feel bad… they were obviously only giving me medical attention because they had to.” Michi, 25, dropped out.

A key concern was how PrEP would affect or interact with hormones. Some participants felt that it was not dealt with adequately, leading to trans women dropping out of studies.

“I was nervous about taking PrEP with my hormones. When I asked the nurse, she just made me feel bad for taking hormones.” Gaby, 24, dropped out.

"I was always being contacted to participate in studies, until I found out I was positive. Since then, no research is interested in me.”

Side effects could also negatively impact on the ability of trans sex workers to earn a living. By dismissing these side effects, researchers indicated a disregard of the lived reality of these trans women. Participants questioned the notion of trans women as a ‘key population’ – often, the needs of the research studies were privileged, with scant acknowledgement of women’s needs.

“My friend who was part of the first PrEP study told me that she had horrible diarrhoea and stopped taking the pills so she couldn’t work [as a sex worker]… Because she is trans, the doctors didn’t believe her, and I know of many other trans women that dealt with stomach issues and couldn’t take the medicine anymore. They needed to work so they could eat.” – Nanci, 26, dropped out.

“Why are we being used like guinea pigs, every single one of us?”

While PrEP had been repeatedly tested on trans women in Peru, it was not readily accessible to them outside of research studies. Many participants contrasted the need for the short-term benefits provided by research studies with the lack of sustainable health changes that could positively impact upon their lives.

“What can I tell you? Do I have a problem that my community is treated like an experiment? Yes. But we continue to participate and work for these studies because we are seen. . . we at least get some HIV care, sometimes we get PrEP, and we even get paid.” – Angela, 27, facilitator. 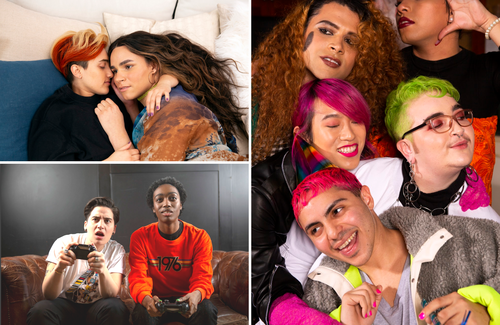 Participants asked why research performed on trans women disproportionately benefits the global North and questioned the continued need for taking behavioural and biological samples – some of which felt too invasive for participants and added to the notion of being used as experimental guinea pigs.

“We are experiments for other countries to see whether or not we react well to the pills.” – Dani, 22, dropped out.

“I won’t participate in another study that takes my blood. We don’t trust what they do with our blood.” – Focus group participant.

“I didn’t want to [give them a hair sample], I told them no… I felt strange because it was my hair, from then on I felt like they were experimenting on me, I won’t lie to you.” – Dani, 22, dropped out.

Some trans women also questioned why they were the ones labelled ‘high-risk’:

“It would be ideal to give this [PrEP] to married men. They are the ones that ask us not to use a condom.” – Focus group participant.

“Our findings show how the perceived and actual harms of experimentation are compounded by the problematic reality that there are no long-term strategies to support PrEP access for trans women once research ends,” the authors conclude. “Therefore, trans women do not meaningfully benefit from the research they are central to.”

“This paper should serve as a call to action to reckon with PrEP mistrust as a systemic institutional- and industry-level problem that is replicated and manifested through global HIV prevention research,” they add.

Perez-Brumer A et al. The wisdom of mistrust: qualitative insights from transgender women who participated in PrEP research in Lima, Peru. Journal of the International AIDS Society 24: e25769, 2021 (open access).

Forcing inmates to be tested for HIV and disclosing the results to a third party is unlawful as it violates their constitutionally guaranteed rights to dignity and privacy, the High Court has declared
The Citizen
1 Jan 23
HIV testing policies & guidelines

A new landmark study finds that Canada's process of mandatory HIV screening of migrants is out of step with the OECD and ignores the government's own policy on medical admissibility to Canada.
Medical Xpress
30 Nov 22
Confidentiality, consent & medical ethics

The Russian cybercriminals behind the Medibank hack dumped a fifth tranche of customer-sensitive information on the dark web overnight after the company refused earlier this month to pay a $US10 million ($A15 million) ransom to get it back.
7 News
22 Nov 22
Confidentiality, consent & medical ethics

According to Ukrainian military intelligence, Russia’s Wagner private military company has "mobilized" more than 100 prisoners with confirmed HIV or hepatitis C from a penal colony. They are obliged to wear bracelets to identify their medical condition.
Kyiv Post
31 Oct 22
More editors' picks