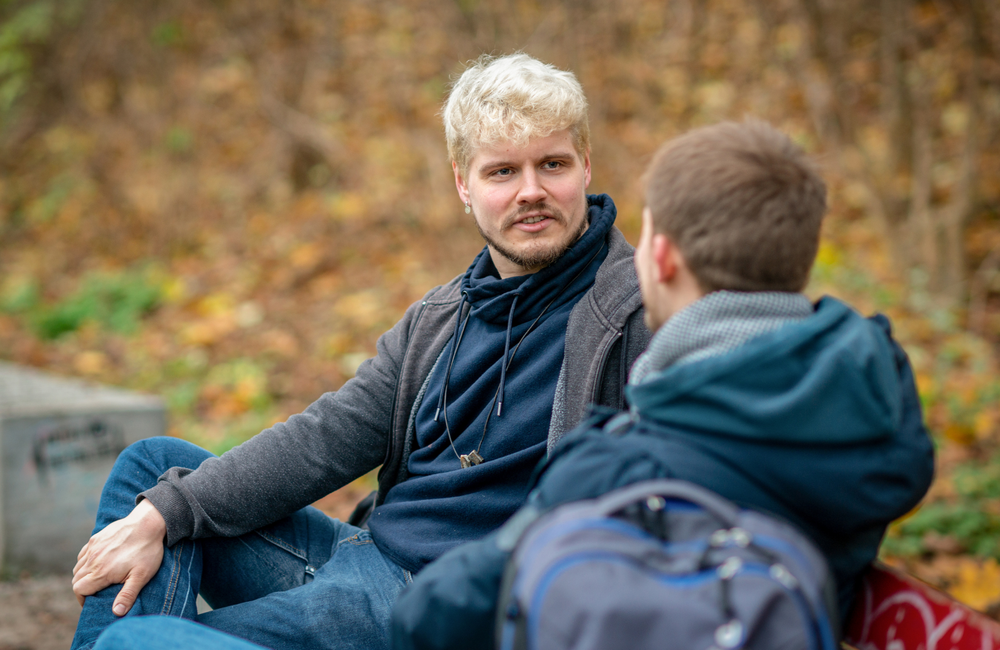 A review of the evidence for peer support has found that retention in care, antiretroviral therapy (ART) adherence and viral suppression may be improved for those involved in peer support programmes compared to those who were not. Dr Rigmor Berg of the Norwegian Institute of Public Health showed that peer support may be helpful for these three outcomes, but found no compelling evidence for the other psychosocial and medical outcomes that they were evaluating.

Peer support programmes are meant to encourage equals to support one another in living with HIV and are well established in HIV care. The aim is to provide social and emotional assistance, help with daily management, access to community resources and ongoing support with a chronic disease. Peer support is well established in many places, but the evidence base for it is limited, so the researchers wanted to assess how effective it really is.

"Many of the studies showed a variety of results which need to be interpreted with caution."

The review, published in PLoS ONE, identified 20 randomised controlled trials which were looking at the effectiveness of peer support interventions. To be included, studies had to have a minimum of one hour of interaction in person from a peer living with HIV. All study participants were at least 18 years old. The studies were conducted in nine different countries with half of the studies from the USA and other studies from Nigeria, Uganda, South Africa, Vietnam, Kenya, China, Mozambique and Spain. The studies had seven main outcomes including retention in care, ART initiation, ART adherence, CD4 cell count, viral suppression, quality of life and mental health. Additional outcomes evaluated were adherence to care, risk behaviours and stigma.

A variety of populations were included in the final papers chosen with three programmes aimed specifically at men who have sex with men, another three including transgender people and another one aimed at women, however there were no studies involving sex workers. There was a mixture of people newly starting ART and people already on ART. The researchers aimed to pool papers together for comparison with similar endpoints to increase the validity of the results.

When examining five studies looking at retention in care in those enrolled in peer support interventions compared to those who were not, there was statistically significant evidence from these studies at 12 months showing a slight improvement in retention. The results at six months were however very different between different studies and the researchers themselves conclude that “the result must be interpreted with caution”.

Eight of the studies from a multitude of countries were compared for ART adherence over a 3-12 month follow-up period. Generally, adherence was defined as having taken at least 90% ART in the previous week and found that peer-support encouraged ART adherence. However, similarly to the studies looking at retention, there was a lot of differences between the studies and these results should also be “interpreted with caution”.

Neither of the two studies examining ART initiation found any statistically significant data to support the use of peer support interventions to encourage people living with HIV to start ART treatment. Similarly, the five studies examining CD4 cell count were too different to compare and there was no statistically significant difference between the group who were involved in a peer-support intervention and those that were not.

Viral suppression was generally considered to be below 100 copies/mL and there were eight different studies looking at this end point. The results varied a lot between studies, and many were too different to be compared with one another. Some were positive for peer support and when the researchers combined the data from two studies to compare viral loads after 24 months, it showed that participants were almost twice as likely to have a suppressed viral load as those not involved in peer support programmes. Most of this data was from a large Ugandan study, whereas the smaller study from Vietnam did not show similar convincing evidence that peer support encouraged viral suppression.

Pooling the data together in this review was often difficult, making the results of meta-analysis difficult to interpret. The nature of peer support interventions and their use in different contexts makes it hard to form direct comparison between studies.

While there is some evidence that peer support may improve retention in care, ART adherence and better viral suppression, many of the studies showed a variety of results which need to be interpreted with caution. The researchers concluded that “The modest but important improvements in outcomes suggest that peer-support be considered as a treatment approach to support existing HIV care services.”

What do older people living with HIV do to look after their own mental health?

Peer support is crucial for many people living with HIV

Can Peer Support Programs Help Those Living With HIV?

Thrive SS, a support program for black gay men living with HIV, credits its popularity to forgoing federal funding. But how does it measure success?
Undark
5 Dec 19
Women

Confronting the link between HIV and gender-based violence in Jamaica

Monique McDonald is an HIV peer educator who tells the story of her childhood with unflinching courage. “I was sexually abused by my uncle at the age of 12 and contracted HIV.”
UNAIDS
7 Nov 19
Finding support

Online searches may reveal information about how we think about health and disease. Cornell computer science researcher Rediet Abebe and her team set out to discover what we can learn about public health on the African continent from people’s online searches and whether we can use this information to understand what people really want to know about disease and are afraid to ask.
Forbes
25 Apr 19
Retention & linkage to care

Based out of the Humsafar Trust’s office jn Mumbai, the centre will give free counselling and provide Anti-Retroviral Therapy (ART) to the LGBTQ community. TAshok Row Kavi, founder chairperson of the Trust, said: “Until now we would get testing done for the community members at our centre. If tested positive for the disease, they would be asked to go to Sion Hospital, but there was a huge dropout (rate) there. Because of how the community is perceived outside, a lot of these people wouldn’t seek treatment."
Hindustan Times
12 Mar 19
People & personal stories