When Americans living with HIV were asked to rank the priority issues to be covered during a routine clinical appointment, they ranked social issues such as stigma and social support far higher than their healthcare providers, who often wanted to focus on substance use. The study by Dr Rob Fredericksen of the University of Washington is published online by AIDS and Behavior.

A total of 206 patients were recruited at five clinics in Birmingham, Alabama; San Diego, California; San Francisco, California; Boston, Massachusetts; Seattle, Washington. Efforts were made to recruit a diverse sample, including cisgender women (30%), transgender women (9%), people aged under 30 (11%) or over 55 (22%), black (33%) and Latino people (28%), individuals poorly engaged in care (25%), people with a detectable viral load (29%), people diagnosed in the past five years (30%) and rural residents (10%).

They were given a list of 25 possible issues to address in a typical clinical visit and asked to select their top eight priority issues as well as the three least important topics.

The top issues for people living with HIV were:

Their three lowest priorities were anger, shortness of breath, and tobacco use.

Clinicians ranked shortness of breath, positive affect, and spirituality/meaning of life as the least important.

People living with HIV tended to rate social issues such as HIV stigma and social support as of greater importance than healthcare providers did. For example, 48% of patients and 18% of clinicians included stigma in their list of top eight issues. People who had been diagnosed with HIV more recently, were younger, were black or Latino and were more likely to see stigma as a priority issue.

“If you don’t get over the stigma, none of this matters."

A number of symptoms and social issues were considered a priority by significant numbers of patients but not by a single healthcare provider who took part: positive affect (31% of patients), fatigue (27%), spirituality/meaning of life (26%), sleep disturbance (22%), social roles (18%), social isolation (17%) and anger (16%).

Qualitative interviews in which 79 patients explained their choices showed that they saw social issues and health behaviours as being closely interconnected, as this man explained:

“If you don’t get over the stigma… none of this matters. The isolation is gonna come in, right? You’re not gonna even care about the symptoms or the treatments. You’re not gonna take care of your medication, you’re gonna start that risky behaviour.”

Drug use and sexual risk behaviours were often described as self medication in response to stigma and social isolation.

“[HIV stigma] is all you think of… It causes depression and then you want to use [drugs]. You’re gonna socially isolate yourself, because you don’t want to deal with people like that.”

People who had been living with HIV for several years talked about how their priorities had changed over time. Some issues had been particularly important soon after diagnosis:

“Now, the reason why I have them in this order is because when I first found out about me being diagnosed, these first three [depression, HIV stigma, spirituality/meaning of life] it hit me hard. I was depressed. I didn’t want to be around… I didn’t know how to handle it at first.” 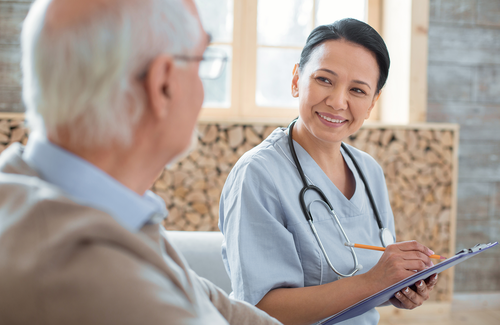 Find out more: You and your HIV healthcare team

When asked how they would like healthcare providers to address issues like stigma and social isolation, many people with HIV acknowledged that there may be no ‘easy fix’ to these complex issues. However, they expressed deep appreciation of clinicians who acknowledged difficult circumstances in their lives.

The interviews suggested that showing interest, demonstrating familiarity with the issues, and making appropriate referrals to mental health and social support services may often be sufficient.

“Many patients felt it important that their healthcare address the at-times overwhelming context-based problems in their lives,” Fredericksen and colleagues note. Doing so may strengthen the doctor-patient relationship and so improve the likelihood of successfully addressing other issues, they suggest.

Fredericksen RJ et al. How do treatment priorities differ between patients in HIV care and their providers? A mixed-methods study. AIDS and Behavior, online ahead of print, 2019.