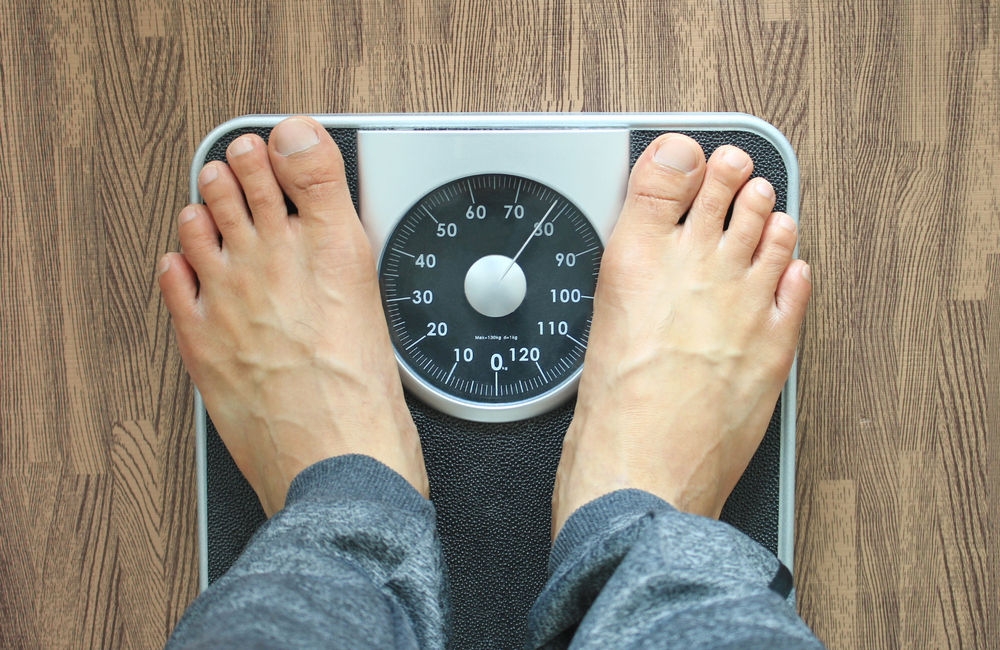 People who took the older formulation of tenofovir during clinical trials of PrEP were more likely to experience substantial weight loss than people taking either a placebo or cabotegravir, an analysis of seven studies has shown. The findings add to evidence that TDF may play a role in the weight changes experienced by people with HIV taking antiretroviral therapy.

The study was presented at the IDWeek 2021 conference (29 September – 3 October) by Shahini Shah of the University of East Anglia.

However, subsequent research has shown a more complex pattern. Analysis of clinical trials of newer antiretroviral drugs showed that lower CD4 count and /or high viral load before starting treatment was the strongest risk factor for substantial weight gain. Increases in weight may represent a ‘return to health’ effect.

But it is difficult to disentangle the independent effects of HIV and different antiretroviral drugs on weight. Studies of people taking the same antiretrovirals for prevention purposes are of interest as there is unlikely to be a 'return to health' effect.

Six of the seven trials compared TDF in combination with emtricitabine, or TDF alone, to a placebo. One study (HPTN 084) compared TDF and emtricitabine to injectable cabotegravir. No studies comparing TDF to TAF were included.

"It is difficult to disentangle the independent effects of HIV and different antiretroviral drugs on weight."

In iPrEx, which tested TDF/FTC against placebo in 2499 men who have sex with men and transgdender females, people taking TDF were 81% more likely to experience substantial weight loss (95% confidence interval 1.03-3.19).

However, when all studies TDF-containing PrEP to placebo were pooled (370 cases in TDF recipients and 249 cases in placebo recipients), people taking TDF had significantly greater odds of substantial weight loss than the placebo recipients in the six studies (OR 1.48, 95% CI 1.06-2.07).

When cases in studies comparing TDF to placebo or to cabotegravir were pooled, people taking TDF had significantly greater odds of substantial weight loss (OR 1.44, 95% CI 1.12-1.85).

The findings suggest that TDF use can lead to weight loss in HIV-negative people, and by implication in people with HIV too, although the mechanism is unclear.

The study authors say that investigators of studies of TDF/FTC in people with HIV should publish weight data so that further analyses can be carried out. Longer-term follow-up might also show whether changes in weight are transient. Further investigation of a possible relationship between weight changes and gastrointestinal adverse events might also reveal more about the mechanisms underlying weight changes, they conclude.

Even before the COVID-19 crisis, John Grauwiler felt the weight creep. The 50-year-old longtime New York City schoolteacher, who has been living with HIV since 2005, had always stayed slim and muscular, offsetting a love of pastries, pizza and ice cream with a regular gym routine.
POZ
4 Oct 21
Weight gain & lipodystrophy