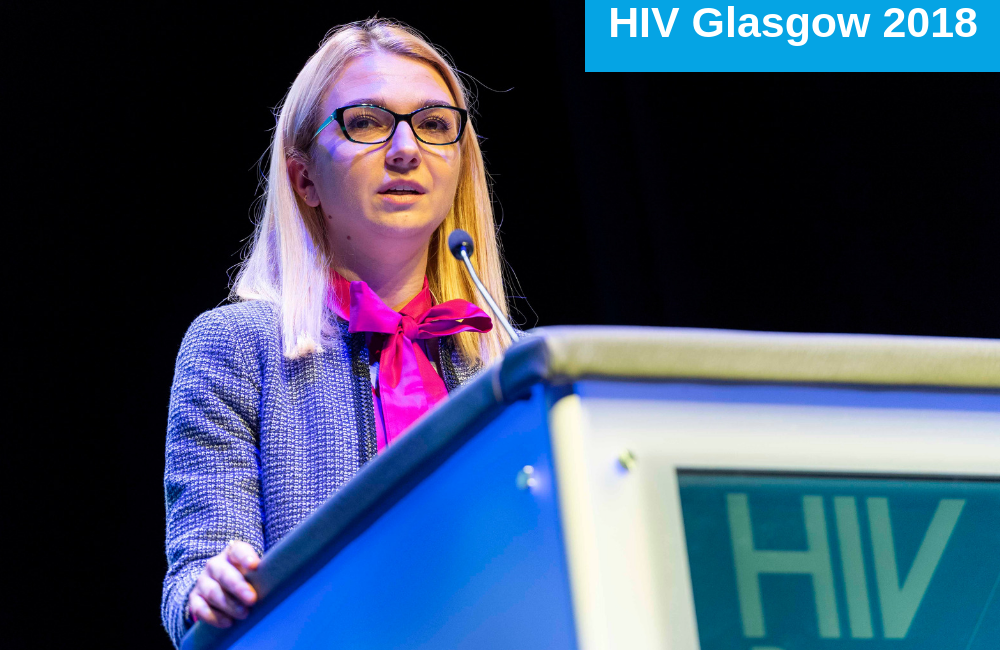 Co-infection with hepatitis C greatly increases the risk of pre-term delivery for pregnant women with HIV, Polish researchers reported this week at the International Congress on Drug Therapy in HIV Infection (HIV Glasgow 2018). Women with hepatitis C and HIV co-infection were at least four times more likely to have a premature birth compared to women with HIV alone, Karolina Nowicka of the Medical University of Warsaw reported.

Premature delivery is a major risk factor for poor infant health and survival, especially in infants born prior to 28 weeks.

Polish researchers looked at the outcomes of all pregnancies in women receiving care at the HIV Out-Patient Clinic at Warsaw Hospital for Infectious Diseases between 2006 and 2017 to identify the prevalence and risk factors for pre-term birth (before 37 weeks).

One hundred and fifty-nine pregnancies were identified, of which 19 resulted in pre-term delivery (11.9%). Mothers had a median age of 31 years and 27% had chronic infection with hepatitis C at the time of pregnancy. Thirty-one per cent reported drug use during pregnancy and 13% were receiving methadone as opioid substitution therapy.

The median gestation period at the time of delivery in women who delivered prematurely was 36 weeks (interquartile range 34-36), compared to 38 weeks in the normal delivery group (p < 0.001).

Although the risks associated with pre-term delivery are much greater if a baby is born prior to 32 weeks, and especially if born prior to 28 weeks, infants born between 32 and 37 weeks of pregnancy may suffer complications such as low blood pressure, breathing difficulties, low blood sugar and weakness in feeding. Babies born at this stage may need specialised care to help them feed.

In a univariate analysis, pre-term birth was associated with an NRTI backbone of abacavir/lamivudine, use of dolutegravir, hepatitis C infection or drug use during pregnancy.

But after adjustment for demographic factors, the only variable that was a significant predictor of pre-term birth was chronic hepatitis C infection (adjusted odds ratio 4.31, 95% confidence interval 1.32 -14.1, p = 0.016).

The investigators said that the small sample size means that any association between dolutegravir and pre-term birth needs to be treated with caution and investigated in larger datasets with prospective follow-up.

More than six months after the government awarded supply contracts to pharmaceutical manufacturers, a mere 35,000 patients are on the new pills. The extremely low numbers have prompted the Health Department to ask the SA Health Products Regulatory Authority (Sahpra) to review its requirements, which are to be relaxed from this week.
MedicalBrief
2 Mar 20
More editors' picks