A study by Dr Aoife Lacey and colleagues of 164 patients at HIV clinics in Dublin, Ireland who switched from antiretroviral therapy (ART) regimens containing tenofovir disoproxil fumarate (TDF) to ones containing tenofovir alafenamide (TAF) has found that the proportion of people with total cholesterol levels indicating “very high grade abnormal dyslipidemia” rose threefold from 5.2% to 15.5%. The proportion with abnormally high levels of low-density lipoprotein (LDL or 'bad' cholesterol) rose 1.5-fold from 23.7% to 36.6%.

The majority of people switched other drugs at the same time. But in 44%, the only change was between the two formulations of tenofovir, from TDF to TAF. These patients experienced similar rises in total cholesterol and slightly higher rises in LDL.

Interestingly, there was no rise in cholesterol in patients who were already taking statins to lower their lipids (blood fats).

TDF is one of the most commonly used anti-HIV medications in the NRTI drug class. It is now available as a generic in most countries, but is still sold under its brand name Viread and in the combination pills Truvada, Atripla, Complera/Eviplera, and Stribild, or as generic equivalents. TAF was developed as a safer alternative to TDF. It is sold under the brand name Vemlidy, but is more often used in the combination pills Genvoya, Odefsey, Descovy, Biktarvy and Symtuza.

The reason TAF was developed was because TDF was found to impair kidney function and reduce bone mineral density in some people living with HIV, and also in some people taking TDF-based PrEP. Positive results on both kidney function and bone mineral density were seen in HIV patients switching to TAF, and in people taking TAF-based PrEP.

More recently, however, studies have reported abnormalities in blood lipids such as cholesterol and triglycerides, and also significant weight increases, in people switching to ART that includes TAF.

It has been difficult to say how much part TAF has played in these effects as switching to TAF is often accompanied by switching to other more up-to-date HIV drugs such as the integrase inhibitors dolutegravir or bictegravir, which are implicated at least as strongly in these changes.

However, one study that directly compared Stribild (boosted elvitegravir/emtricitabine/TDF) with Genvoya (boosted elvitegravir/emtricitabine/TAF) found that people taking Genvoya had higher levels of cholesterol and triglycerides. Other studies comparing TDF and TAF in patients also taking boosted darunavir, or switching from any protease inhibitor to TAF plus boosted darunavir, found the same. Nonetheless, these changes were small and their clinical relevance unclear.

There was still a need for a study that looked at the possible clinical consequences of lipid rises in patients switching from TDF to TAF, especially in a 'real life' clinical setting. The authors point out that the proportion of people whose blood lipids and other factors indicate that they are at very high risk of a heart attack is already twice as high in people with HIV as it is in the general population in high- and middle-income countries.

More news from Ireland, Republic of

The current study looked at lipid levels in patients attending two HIV clinics in Dublin – at the Mater Misericordiae and St Vincent’s University hospitals – and found 238 people who had switched to TAF between January 2016 and July 2017, of whom 194 had lipid measurements taken both before and after switching. Of those, 164 had been on TDF-containing regimens before switching and formed the main group to be included in the analysis.

The majority also changed other drugs at the same time. However there were 72 patients (44% of those who had switched) whose only change was from TDF to TAF and they were subject to a second sensitivity analysis.

The average age of the people in the study was 46, and 71% were men. Sixty-nine per cent were white and 26% black African. The risk groups they belonged to were quite evenly balanced, with 37% having caught HIV through heterosexual contact, 33.5% though male/male sex and 21% through needle-sharing. They had on average been diagnosed for ten years and on ART for 7.4 years.

At the time of switching, 90% were virologically suppressed (below 40 copies/ml) – so were not switching for viral failure – and their average CD4 count was 621.

Before the switch, 42% were on integrase inhibitor (INSTI)-based regimens; 34% on non-nucleoside reverse transcriptase inhibitors (NNRTIs); and 24% on boosted protease inhibitors (PIs). After the switch, more patients started taking INSTIs, with 80% on INSTIs (a rise of 38%), 13% on PIs (8% fewer) and 7.2% on NNRTIs (27% fewer). However, as mentioned earlier, the only change made by 44% was to switch to TAF.

Changes in HDL and triglycerides were not statistically significant.

"The proportion of people with HIV at very high risk of a heart attack is already twice as high as in the general population."

In the sub-analysis of patients who only switched from TDF to TAF, average total cholesterol increased by 0.35 mmols/l, a very similar result to that seen in whole patient group. LDL increased by 0.4 mmols/l, a slightly greater increase than in the whole group.

If they were already on statins, however, this association totally disappeared: in fact, statin use seemed protective of any clinical worsening of lipid levels; people already on them were nearly 80% less likely to experience worsening lipids.

This is a 'real life' observational study, so there may be many factors that contributed to the observed cholesterol rises. However, the biggest factor, the researchers believe, is not so much that TAF raises cholesterol levels but that TDF suppresses them. They comment that a number of other studies seem to show that TDF has a 'statin-like' effect on lowering cholesterol, though they do not know how it does this. 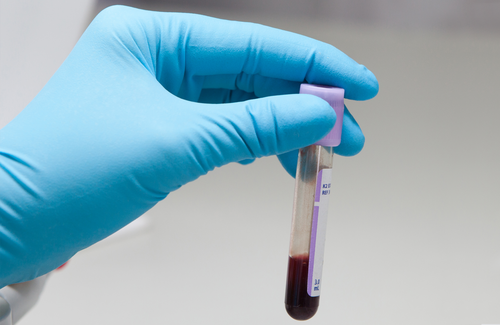 Find out more: Cholesterol and HIV

The study was not sufficiently powered to detect the impact of other co-morbidities that might increase blood lipids such as diabetes, inflammation, diet, smoking, genetic factors or other medications.

However, Lacey and colleagues conclude, “The increased risk of worsening lipids in our study would appear to suggest that consideration be given to the relative impact of use of TAF versus TDF in patients at raised cardiovascular disease risk.”

Lacey A et al. Investigating the effect of antiretroviral switch to tenofovir alafenamide on lipid profiles in people living with HIV within the UCD ID Cohort. AIDS, published ahead of print, April 2020.