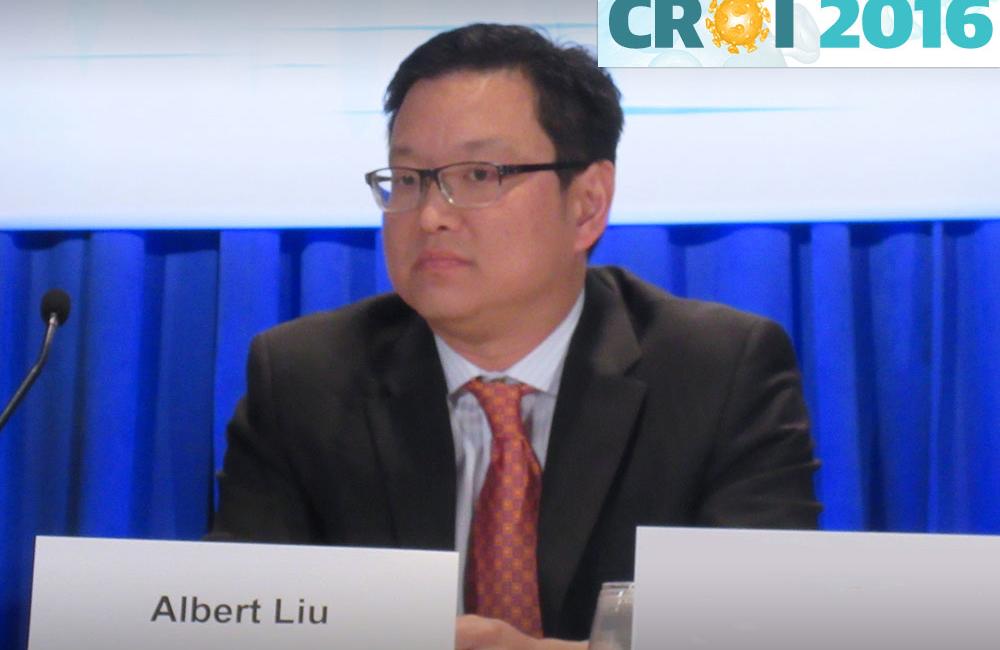 Participants taking tenofovir/emtricitabine (Truvada) for pre-exposure prophylaxis (PrEP) in two major studies experienced modest declines in kidney function that were associated with higher tenofovir drug levels and older age, according to studies presented in a poster discussion session entitled “It’s complicated: renal function and STIs in PrEP users” at the Conference on Retroviruses and Opportunistic Infections (CROI 2016) last week in Boston. Together, these findings indicate that while Truvada PrEP is safe for most people, ongoing kidney function monitoring is important to promptly catch any problems that may occur.

Tenofovir disoproxil (Viread, also in the Atripla, Eviplera or Complera, and Stribild single-tablet regimens) has been used in HIV treatment for more than a decade and is generally considered safe and well-tolerated, but it can cause kidney damage and bone loss in some people.

For this reason, regular kidney function tests are recommended for people taking Truvada for PrEP and those with pre-existing kidney problems are advised not to use it. The US product label for Truvada states that it should not be used for PrEP in people with creatinine clearance below 60 ml/min, and if a decrease is observed providers should “evaluate potential causes and re-assess potential risks and benefits of continued use.”

Reports to date from PrEP clinical trials – which tried to exclude people with known kidney impairment – have not revealed notable kidney problems. But sometimes uncommon toxicities only show up after many more people are using a drug.

Monica Gandhi from the University of California at San Francisco presented follow-up findings on kidney function in the pivotal iPrEx trial, the first to show that once-daily Truvada PrEP was highly effective for gay and bisexual men and transgender women who took it consistently. In an open-label extension (iPrEx OLE), in which everyone knew they were taking active Truvada, no one who took the pills at least four times a week became infected with HIV.

The iPrEx team looked at the relationship between tenofovir and emtricitabine concentrations in hair samples – which reflect cumulative drug exposure – and kidney function over time in iPrEx OLE. Hair samples were collected, serum creatinine (an indicator of kidney function) was measured and estimated glomerular filtration rate (eGFR, an indicator of creatinine clearance) was calculated every 12 weeks.

Of the more than 1000 iPrEx OLE participants, hair drug levels and creatinine measurements were available for 220 people. A majority of participants in this international study were Latino or mixed race/ethnicity and the median age was 29 years (range 19-70). At baseline, the mean creatinine level was 0.89 mg/dl (0.6 to 1.3 is considered normal) and the median estimated eGFR was 112 ml/min (>90 is normal, 60 is a moderate decrease and <30 is a severe decrease).

While creatinine clearance for participants on Truvada decreased slightly overall – by 2.5% over 18 months – there was a consistent and statistically significant relationship between percentage eGFR decline and increasing levels of tenofovir or emtricitabine in hair samples. Among people in the highest quartile of hair drug levels, indicating they took all seven doses a week, the eGFR decrease was 5.6%.

Older participants were more likely to see their eGFR fall below 70 ml/min, considered a clinically significant decrease. Among people older than 50, the proportion with eGFR below this threshold rose from 6% in the lowest hair level quartile (indicating about two doses a week) to 24% in the highest quartile. Among participants under age 40, however, the proportion never rose above 5% even with daily dosing. People with slightly low eGFR (<90 ml/min) at baseline were also more likely to fall below 70 ml/min, with 27% doing so.

Establishing thresholds of tenofovir/emtricitabine exposure that minimise adverse events while maximizing efficacy “are essential to the real-world roll-out of PrEP,” the researchers wrote.

Albert Liu of the San Francisco Department of Public Health then presented findings on changes in kidney function among participants in the US Demo Project.

The Demo Project enrolled more than 500 gay and bisexual men and transgender women at risk for HIV at sexual health clinics and community health centers in San Francisco, Miami and Washington, DC. All received once-daily Truvada PrEP on an open-label basis for a year.

Nearly half of participants were white, about 7% were black, the median age was 35 years (range 18-65) and 12% had hypertension or diabetes. To be eligible, participants had to have baseline creatinine clearance of at least 60 ml/min, most had at least 70 ml/min and the median was 97 ml/min.

Overall, eGFR declined by an average of 2.8% from baseline to week 12 – similar to the proportion in iPrEx OLE – and then remained stable through the end of the study at week 48. Only a small number (11 people or 2.4%) had their creatinine clearance fall by 10% or more and their serum creatinine rise by 0.2 mg/dl or more on more than two occasions. Three people did have their Truvada suspended due to an elevated creatinine reading, but these were not confirmed with repeat testing and all restarted PrEP with no further interruptions.

Higher tenofovir diphosphate levels in blood spots were associated with significantly greater declines in eGFR. Again, kidney function decline was associated with older age and a lower baseline level. Among people with baseline eGFR <90 ml/min, the proportion falling below 70 ml/min ranged from about 6% in the 26-35 age group to about 30% of those older than 45. But among people who started with an eGFR of 90 ml/min or higher, less than 5% fell below 70 ml/min in any age group.

Finally, Kenneth Mugwanya of the University of Washington in Seattle presented findings on the occurrence of more serious kidney problems among participants in the Partners PrEP trial, which tested once-daily Truvada or tenofovir alone as PrEP for HIV-negative partners in serodiscordant heterosexual couples in Africa.

This study looked at proximal tubulopathy, which occurs when proximal tubule cells in the kidneys are unable to reabsorb substances such as glucose, salts, minerals and bicarbonate. Sometimes this is sub-clinical and detected by protein or glucose in the urine, but more serious conditions such as Fanconi syndrome can lead to disruption of the body’s pH balance and bone loss. Drugs like tenofovir that are excreted by the kidneys can build up and cause tubule damage, usually in people who have a genetic predisposition or other risk factors. Mugwanya noted that proximal tubulopathy can sometimes occur without an accompanying severe decline in GFR.

This analysis included 776 people randomised to Truvada and 773 randomly assigned to a placebo. Two-thirds were men and the median age was 37 years. Proximal tubulopathy was defined as having any two of the following: protein in the urine, glucose in the urine, increased urinary phosphate or uric acid excretion.

A related case-control analysis revealed that two of the 52 people (3.8%) who experienced at least a 25% decline in eGFR developed tubulopathy, compared with three of 208 people (1.4%) who did not, again not a statistically significant difference.

There was “no significant association between tubulopathy and clinically relevant decline in eGFR,” the researchers concluded, suggesting that “using routine markers of proximal dysfunction will not be an efficient approach to predict the rare events of kidney toxicity in persons using PrEP.”

Taken together, these studies indicate that Truvada is safe and well-tolerated for most people using it for PrEP, but kidney problems – usually mild or moderate – may occur in a small proportion of people, especially if they have other risk factors.

“It is often said that these declines are so low it doesn’t matter, but PrEP studies have not monitored people as long as treatment studies,” Gandhi said at a CROI press conference. She noted that even minor toxicities can be a concern in a healthy population.

These findings support the US Centers for Disease Control and Prevention (CDC) recommendation that creatinine clearance should be monitored at least every six months, with more frequent monitoring and additional tests for people with other kidney safety risk factors such as high blood pressure or diabetes.

Gandhi and Liu agreed that monitoring more often may be appropriate for older people and those who start PrEP with an eGFR <90 ml/min. Conversely, Gandhi also suggested that maybe less frequent monitoring could be considered for people under age 40 with good baseline creatinine clearance.