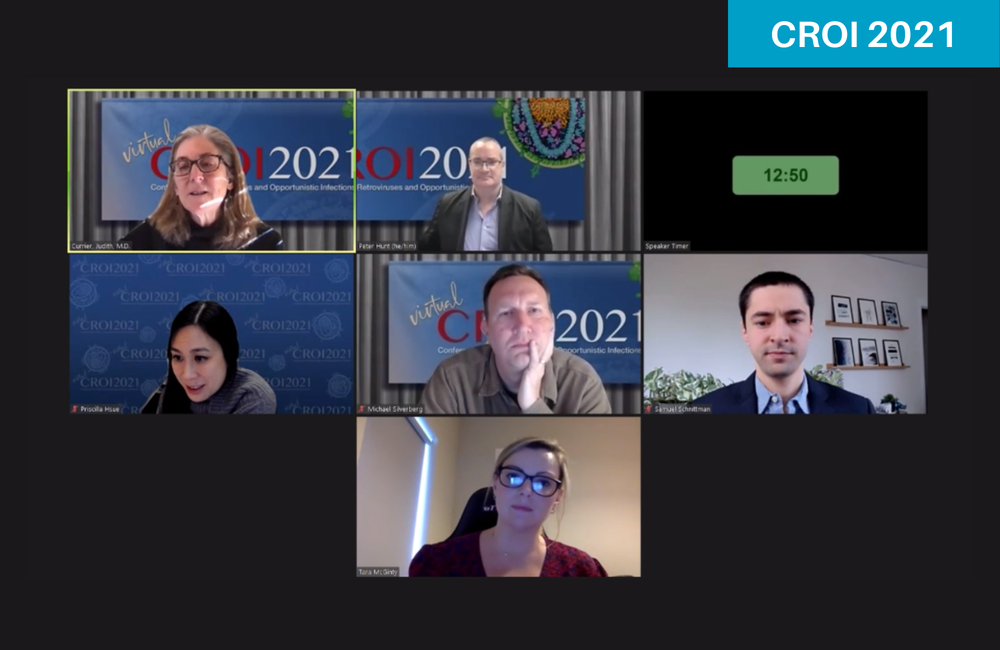 A short course of alendronate around the time of starting tenofovir-based antiretroviral therapy can help prevent bone loss, according to a study presented yesterday at the virtual Conference on Retroviruses and Opportunistic Infections (CROI 2021).

Bone loss – osteopenia and its more severe form, osteoporosis – is a common metabolic complication among people with HIV, especially older individuals. Bone loss is worsened by chronic inflammation and is associated with certain antiretrovirals, in particular tenofovir disoproxil fumarate (TDF). Prior studies have seen bone loss in the range of 2 to 6% during the first year on antiretroviral therapy (ART). Low bone mineral density (BMD) contributes to frailty and can lead to falls and fractures.

Dr Tara McGinty of University College Dublin and colleagues designed the APART study to evaluate whether short-term use of a generic formulation of the oral bisphosphonate alendronate (branded as Fosamax) could prevent bone loss in people starting HIV treatment.

The drug, which is approved for the treatment of osteoporosis in HIV-negative people, works by slowing the reabsorption of bone by cells known as osteoclasts. Normally, the activity of these bone-destroying cells and bone-producing cells called osteoblasts is in balance, but HIV or its treatment can lead to a higher level of bone turnover and appears to shift the balance toward bone loss over bone formation.

The participants were randomly assigned to receive 70mg oral alendronate or a placebo, once a week, beginning two weeks prior to ART initiation up to week 14. Daily calcium and vitamin D3 supplements were provided to both groups. BMD was measured at the lumbar spine and hip at baseline and at weeks 14, 26 and 50.

Most participants (86%) were men, and the median age was 35 years (range 32 to 40 years). Overall, about half were White, a third were African and 20% were South American, though the proportions differed between the alendronate and placebo groups. While the population was ethnically diverse, the young age and small number of women are a concern, as older people – especially post-menopausal women – are at high risk for bone loss.

Most participants were classified as having a normal weight. Baseline bone density was similar in both groups. Although it was supposed to be an exclusion criterion, people in the alendronate arm were three times more likely than those in the placebo group to have had past fractures (33% vs 8%). Conversely, fewer alendronate recipients were current or former smokers, a known risk factor for bone loss. The median CD4 count was a bit lower in the alendronate group compared with the placebo group (348 vs 428).

A short course of alendronate at antiretroviral initiation "prevented ART-associated bone loss over 48 weeks at the total hip," while "a protective effect was also observed at the lumbar spine but was limited to the first 24 weeks," the researchers concluded.

Given that the drug is inexpensive, easily available and well tolerated, they added, these data support the use of short-course generic alendronate to preserve BMD in people with HIV initiating ART, including in resource-limited settings.