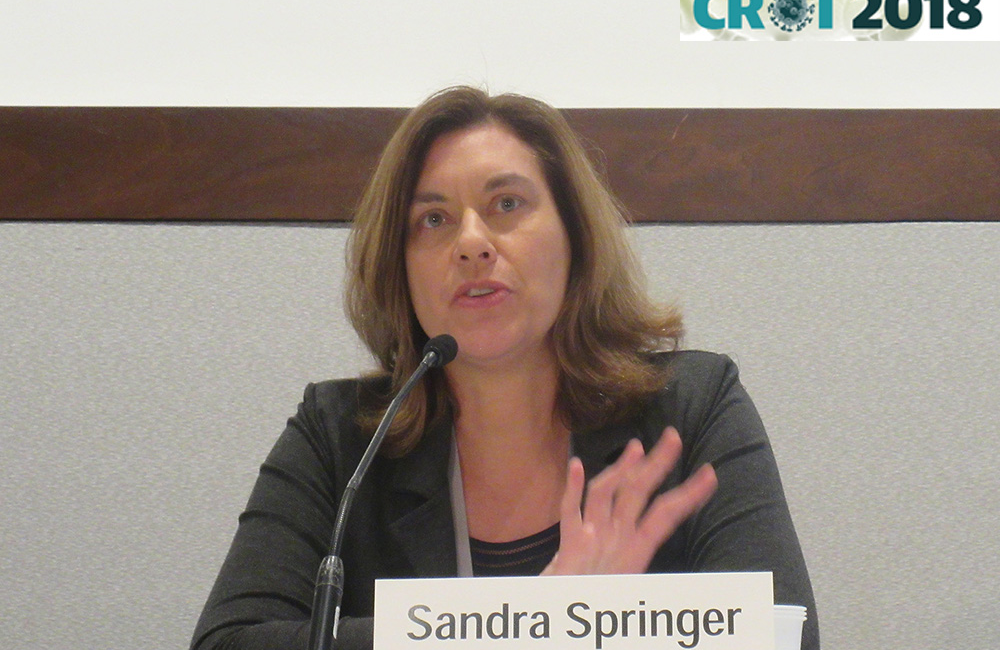 Treatment with extended-release naltrexone is associated with improved viral suppression among HIV-positive prisoners, according to two US studies presented at the recent Conference on Retroviruses and Opportunistic Infections (CROI 2018) in Boston, USA.

Investigators followed patients for six months following their release into the community.

Treatment with extended-release naltrexone was associated with a threefold increase in the chances of maintaining viral suppression after release among people with opioid dependence problems, with a more than fourfold increase for individuals with alcohol abuse issues.

“Extended-release naltrexone helps maintain or achieve HIV viral suppression among those living with HIV released from prison or jail with opioid and alcohol use disorders,” comment the researchers.

Achievement of the UNAIDS 90-90-90 target will require special attention to incarcerated HIV-positive people.

Antiretroviral therapy (ART) is provided to HIV-positive prisoners in many countries. Good rates of viral suppression have been observed among ART-treated prisoners while they are incarcerated. However, several studies have highlighted a rapid loss of virological control following release from prison. In one study, the proportion of people with an undetectable viral load fell from 59% to just 18% within three months of release. Such loss of virological control is often associated with pre-existing opioid or alcohol dependence.

Naltrexone is an opiate antagonist, which decreases the craving for alcohol and blocks the effects of opiates. Treatment with extended-release naltrexone has been shown to reduce relapse rates among people with a history of opioid or alcohol dependence.

Investigators wanted to see if therapy with this drug would have benefits for ART-treated HIV-positive people with opioid or alcohol dependence following their release from prison. They, therefore, designed two randomised, placebo-controlled studies.

Participants in both studies were randomised to receive either monthly injection with extended-release naltrexone or a placebo. The primary study outcomes were maintenance or attainment of viral suppression (below 50 copies/ml).

A total of 93 participants were enrolled in the NEW HOPE study, 27 of whom were randomised to the placebo arm. Most of the participants were male (82%), had hepatitis C virus (HCV) co-infection (84%), were homeless or in unstable housing (63%), and were Hispanic (65%) or black (25%). Participants had been using heroin for a mean of 19 years and 80% were classified as having a cocaine use disorder. None had received prior treatment with extended-release naltrexone but 75% had received methadone or buprenorphine as opioid substitution therapy at some point prior to incarceration.

At the time of release from prison, 89% of participants were taking ART. Median CD4 cell count was 423 cells/mm3 and 43% had a viral load below 50 copies/ml.

Six months after release from incarceration, the proportion of participants with viral suppression had increased from 38% to 61% (p = 0.002) among people treated with extended-release naltrexone, but had fallen from 56% to 41% among those receiving the placebo, a non-significant change due to the small number in the placebo group.

Closer analysis showed that rates of new viral suppression were significantly higher among people who received the extended-release naltrexone compared to the placebo (30% vs 19%, p = 0.041). Similarly, only 8% of naltrexone-treated people lost virological control compared to a third of those randomised to the placebo (p = 0.017).

The INSPIRE study recruited 100 participants: 67 received extended-release naltrexone and 33 the placebo. Approximately three-quarters of participants were male, median age was 45 years, two-thirds were black and two-thirds were homeless or living in unstable housing. Sixty per cent had a cocaine use disorder.

At baseline, 87% of participants were receiving ART and 35% had an undetectable viral load. Median CD4 cell count was 410 cells/mm3.

Six-month follow-up data showed the clear benefits of the study drug (p = 0.015). Among people receiving naltrexone, the proportion with an undetectable viral load increased from 31% at baseline to 57% after six months (p = 0.001). For individuals receiving the placebo, the rate of viral suppression fell from 42% to 30%. Again, the change in the placebo group was non-significant.

There were no serious adverse events in either study.

“To reach the 90-90-90 goal for people with HIV released from prison or jail with opioid and/or alcohol disorders, high consideration should be given to including opioid and alcohol pharmacotherapies with antiretroviral therapy,” conclude the investigators. “Future research should involve assessment of extended-release naltrexone in other settings to achieve virological suppression in people with HIV as well as for HIV prevention.”

Inquest into the death of Thoko Shiri, aged 21

An inquest jury has concluded that a series of failings and neglect caused the death of 21-year-old Thoko Shiri. Prison healthcare failed for months to provide anti-retroviral medication during two periods of imprisonment in 2017 and 2018. He sadly died on 14 April 2019 from an HIV-related infection.
Leigh Day press release
9 Jun 22
Prisoners

US Study Reveals Delays, Copays and Stigma for HIV-Positive People in Jail

Less than half of people living with HIV who had ever been in jail reported their health care was sufficient, according to a small study published in the journal PLoS One. These findings suggest more must be done to ensure continuity of HIV care when people are incarcerated.
POZ
2 Mar 22
Migrants, refugees & displaced people

A solicitor at Duncan Lewis law firm has submitted a pre-action letter to the government stating an intention to take them to court over a failure to “operate a safe and lawful system for individuals with HIV in detention” and the subjection of their client to an “unacceptably high risk of contracting Covid-19” prior to or whilst on the scheduled charter flight.
The Independent
9 Nov 21
Migrants, refugees & displaced people

The 42-year-old man relies on daily medication to manage his HIV, and says the dosages for his other ailments, schizophrenia and depression, have been reduced by staff at Colnbrook Immigration Centre.
The Independent
8 Nov 21
Migrants, refugees & displaced people

US: Venezuelan man with AIDS dies in ICE custody